University Security Teams: Delivering in the face of COVID-19

SECURITY TEAMS at UK universities are playing a key role in the battle against COVID-19, dealing with fast-changing risks on a daily basis and, in parallel, planning for strategic challenges in the longer term. Some heads of security are already focusing their attentions on the next big question facing their institutions: how they’ll recover and rebuild after the lockdown. Security Matters reports on current thinking. 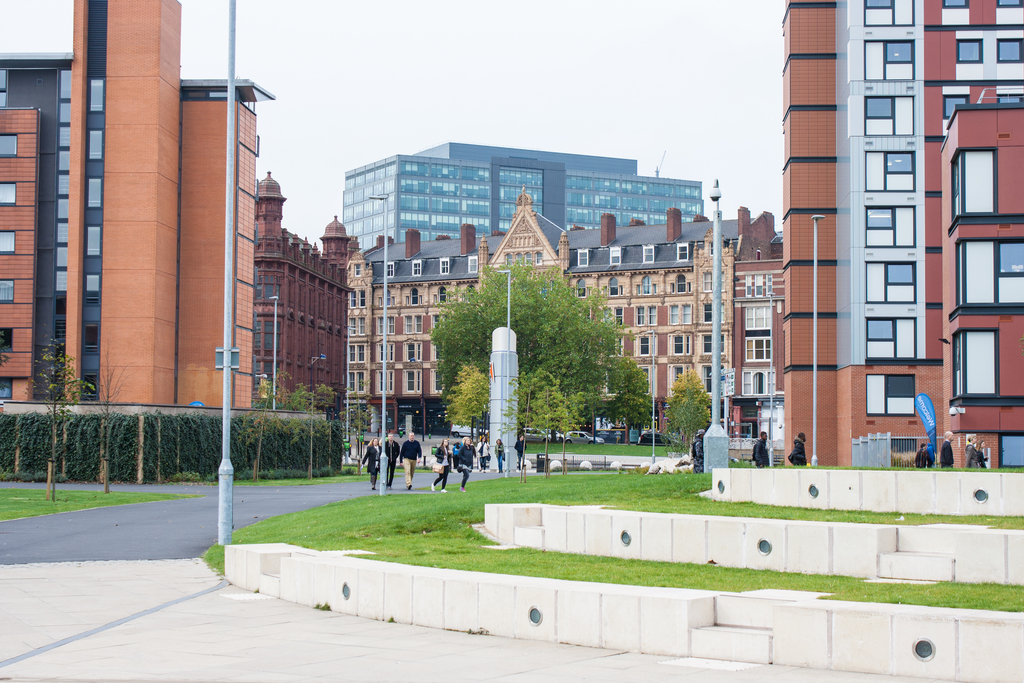 They say that it takes a crisis to demonstrate the true value of an investment made in risk preparedness and it’s impressive to see just how well many Higher Education Security Departments are faring. At Swansea University, for example, Russ Huxtable (head of resilience and business continuity) acted early.

“We’ve known this was coming since the start of the year because we have close links with Wuhan University,” asserted Huxtable. “We prepared. We made sure we were well stocked with personal protective equipment (PPE), which means we’ve been able to donate supplies to our neighbouring NHS hospital.”

Huxtable's team members’ responsibilities have increased, with the university now also involved in PPE manufacturing, hand sanitiser production and helping with urgent care and logistics services for the wider community.

Swansea University staff have also been redeployed to provide catering and maintenance services at a new 1,500-bed field hospital, while vacant student accommodation is being made available to National Health Service (NHS), social service and other key workers. This arrangement, of course, requires careful management and monitoring by the security team to ensure that only authorised people are allowed access to the site.

As the country continues to increase Coronavirus testing and expand availability out into local communities, like many other universities with strong science departments, Swansea University is also contributing towards the Government drive to build a large-scale British diagnostics industry.

The University of Leicester has also been impressive in its response to the pandemic. Medical equipment has been lent to the Leicester NHS Trust, along with thousands of donated supplies including face masks, disposable aprons, sanitiser and gloves.

Staff and post-doctoral students from the University of Leicester’s College of Life Sciences are volunteering at one of three new UK COVID-19 diagnostic hubs, with polymerase chain reaction machines – themselves critical for the testing process – also being donated.

“It has been incredible to see our community come together to offer this support,” explained Laurence Perkins, head of security at the University of Leicester.

Of course, it’s the unsung work of Security Departments that underpins much of this new activity, keeping facilities and people safe despite the dramatically different circumstances of operation at present. Yet they know that some risks have increased.

With university sites either fully or partially shut down, and fewer people around, there's more potential for opportunist crime. With people working and living in more sparsely occupied buildings, there’s also a greater need to monitor personal safety, physical health and mental well-being.

On that note, Perkins’ team members are being meticulous when it comes to their own health and well-being. “We’ve introduced rigorous hygiene measures across our operation. As soon as each team member arrives at the Security Lodge, they use hand-sanitiser and clean the door handle each time they use it. We’ve reconfigured the Control Room, too, with one operator and one supervisor workstation arranged to ensure that a minimum two-metre distancing is adhered to at all times. We allocate one dedicated driver per shift, and that person cleans the patrol vehicle at the start and finish of the shift.”

As well as increasing the frequency of site patrols and CCTV tours, the University of Leicester's security team has reconfigured the campus-wide access control system to limit movements on site to a ‘critical list’ of students and staff, all of whom are checked and approved by the chief operating officer and registered by the Security Department. Perkins explained: “We’ve had to move quickly to put in place measures to keep people safe,”

It’s a similar picture at Aston University. Although there's currently no face-to-face teaching at the campus, some staff and students are still on site and accommodation is still being used, so there remains a Duty of Care on the university's part.

Alison Levy, director of student and academic services, told Security Matters: “We need to continue providing support for students and staff. A week or so ago, we had a few people self-isolating, and we had to keep a close eye on their well-being.”

Work at Aston University’s laboratories is continuing, too, which means with fewer people around there's a greater need for lone worker protective measures.

Anton Menzies, head of security for Aston University, explained that his officers have adapted well and settled into this ‘new normal’, including maintaining effective patrol coverage despite team member absences. On occasion this has meant that Menzies has gone out on patrol as well.

“We’re pulling together as a team and adapting to this new dynamic environment. We’re being careful. We know that the work we do is the foundation that makes everything else possible.”

Operating in the SafeZone

CriticalArc’s SafeZone service is proving to be a particularly vital tool for Menzies and his team, just as it is for Russ Huxtable’s operations at Swansea University and Laurence Perkins’ team at the University of Leicester. In fact, it’s now being deployed and used at a third of all UK universities according to CriticalArc’s managing director Darren Chalmers-Stevens.

“SafeZone has replaced separate stand-alone systems for mass communications, lone worker protection, emergency calls and more,” observed Chalmers-Stevens. “The solution makes it easier for security controllers to deploy resources and closely monitor the safety of all students and staff, including those who are overseas on placement.”

Keeping people safe internationally is a concern for almost all UK universities. “Most of our students and staff who are still abroad are there by choice,” stated Alison Levy. “Some have taken the view that they're safer where they are, but a small number want to be back at home. Of course, that's simply not possible at the moment. Thanks to SafeZone, though, we know where they all are and we can keep in touch with them. We’ve helped them sort out pressing matters like insurance and we’ve made sure they know what to do in an emergency.”

Looking ahead, some heads of security are already involved in planning for the big existential challenge that will face many, if not most universities in the UK. In short, what will happen next year?

One head of security we spoke to described this as “a very nervous time”. Amid the unprecedented economic turmoil and continuing concerns about the virus, there will almost certainly be an impact on student enrolment. In particular, there may be a significant reduction in the number of students choosing to study abroad, and this could hit university revenues in a big way.

It follows that anything institutions can do now to reassure students and parents about safety, security and well-being, and any services they can offer to enhance student experiences of campus life, will be particularly important.

This really matters. The Higher Education sector is one of the UK’s most important export successes, with overseas students contributing an estimated £20 billion to the economy every year, as well as bringing with them all the less tangible benefits that come with cultural and knowledge exchange.

As Britain struggles to minimise deaths from COVID-19 and the economic impact of the crisis, few can now doubt the importance of the UK’s science research capabilities – including in the life sciences, in which it remains a global leader – and the necessity to invest and develop those capabilities even further.

Like the NHS and the BBC, highly regarded universities are part of the UK’s cultural fabric. They're national assets that contribute to the country’s influence around the world. That being so, making sure that the Higher Education sector can prosper – that campuses are safe, welcoming and efficiently run – will be more important than ever.

“We’re now in the process of planning for the return of staff and students,” explained Alison Levy. “We don’t know yet when we're going to re-open, but we're being optimistic and assuming that it could be September. We’re looking at a variety of scenarios for how it might happen. It may be that we’ll take a phased approach and, in that case, management tools such as SafeZone will be vital.”