New security solutions are changing the way customers use technology to help them manage busy lives, according to Ken Bickers. 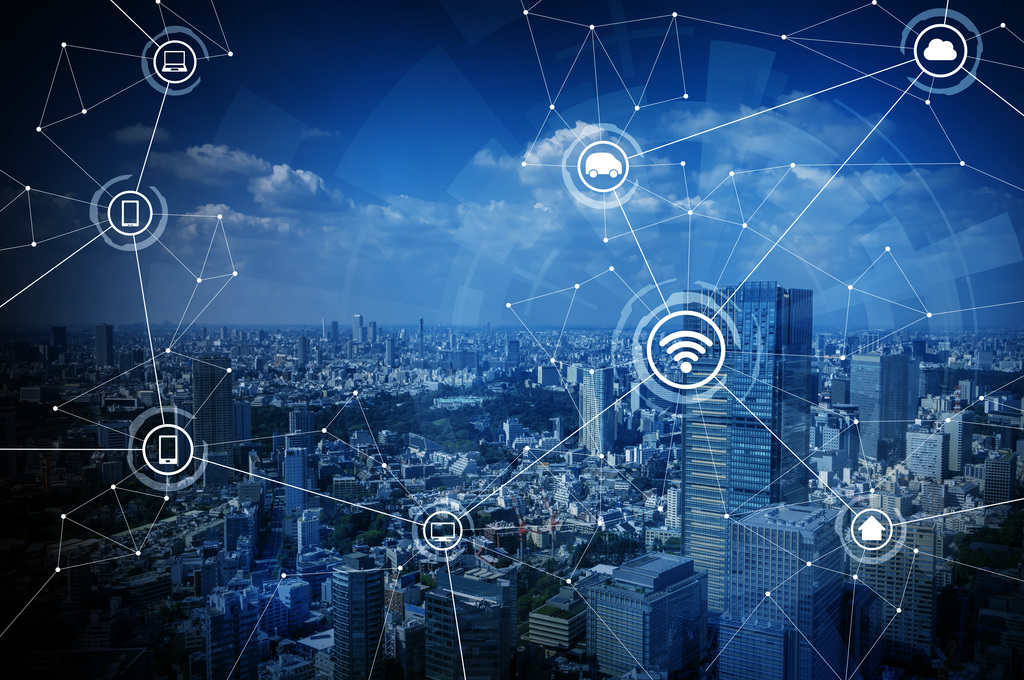 NEW TECHNOLOGY is transforming the way domestic and commercial customers protect and manage their properties. App-controlled and wireless packages are bringing together intruder, video and home-automation features, with the added advantage of 24/7 control via the user’s mobile phone.

These systems give home-owners exactly the right mix of affordability, ease of use and convenience. They are a significant step up from what we’ve seen before and offer a major opportunity to shake up the market. From our first completed projects we’ve seen how much customers love technology – it really excites them, so we are incredibly positive about its potential.

The market for smart-home automation is hugely important to big corporations within the security sector and beyond it, with companies such as Apple, Google and Honeywell all developing visions for consumer lifestyles transformed by the Internet of Things (IoT).

Great strides are currently being made in the security and fire sectors in the area of smart technology. Both are already subject to well-established standards, and performance and reliability are key criteria. With its strong position in both sectors, UTC aims to be among the market-leaders in the development and harnessing of smart technology. The company believes that installers are well placed to benefit from what is becoming a major consumer trend ‒ the growth of the smart home ‒ and the industry stands to gain hugely if it competes seriously and quickly enough.

A recent project completed by BELLiT Security using ZeroWire from UTC illustrates why this new technology is so appealing. ZeroWire provides security and home automation on a commercial platform and is designed to be monitored either through connection to a central monitoring station, or via the user’s smart phone. Based on both security and communication standards it uses the widely adopted Z-wave communications protocol, which is non-proprietary and incorporated into thousands of home-automation products.

This technology is also very easy to work with, as no on-site configuration is required to establish communication with mobile phones or central stations. The engineer simply plugs in the network cable and the system dials ‘home’ itself, without the need for port forwarding.

In this project, a new, high-end residential property, the home-owner is a single mother with two teenage children. She wanted a solution that would not only provide peace of mind but also make her busy life easier. For her, it’s about home management and life management, as much as it is about security. Her previous property was seriously damaged in a flood, caused by a frozen pipe, and she loved the fact that this technology will not only detect flooding rapidly but also turn the mains water supply off automatically. She doesn’t have to be at home to turn off the water supply and she doesn’t even have to know where the stop-valve is.

BELLiT Security installed two internal wireless cameras, wireless door and window contacts and three wireless PIRs.  These all signal back to the panel, which can then communicate with either a central monitoring station, or a mobile phone, depending on the customer’s wishes.

The home-owner can use the app on her mobile phone to view her cameras, see the status of the intruder system and control lights and thermostats. Importantly, the system can also push, or send, alarm notifications to the user’s mobile phone when it detects an intruder (or any specified alarm event). The user can then view the cameras, check whether there’s a problem and make an informed decision about how to respond, including contacting the emergency services, if necessary.

In this case, smart-home functionality provides a means for a mother to check in on her home and her teenage children, wherever she is. This doesn’t mean spying on family members but getting phone notifications that somebody has arrived home safely at the time they are expected. For people looking after potentially vulnerable family members, for example, the benefits are clear.

Another very useful application is  UltraSync. This app can advise the ZeroWire panel when a user has left, or returned to a predefined physical location. For example, when a user leaves home, the app can detect this and automatically arm the security system. If enabled, the panel can automatically turn off Z-Wave lights when the user has left and then turn them back on for when they return.

Essentially, the user sets up a ‘geo-fence’ around the house at the desired distance, so that the home ‘wakes up’ and is ready to welcome them when they arrive ‒ for example, by turning the lights and heating on, or the alarm system off. This means the user doesn’t have to scramble to look for their keys while the security system counts down to activation.

Configuring the ZeroWire is simple; it is based on the concept of ‘scenes’, which can trigger up to 16 actions to create an automated event. It is an approach designed to save users time by automatically running multiple actions. A scene can be triggered either manually, or through a schedule, or via a system event, such as a shock sensor being activated.

A ‘goodnight’ scene could entail having the doors locked and the lights shut off when the security system is armed at night. Or a schedule might be created to have the porch and hallway lights on, and the thermostat set to a specific temperature an hour before the user leaves work, so they arrive to a comfortable, well-lit home.

Security is provided to PD 6662:2004 standard ‒ the benchmark that must be met by intruder panels when Police response is required. It is generally recognised as the mark of a professional-grade intruder panel.

Compliance with this standard gives these solutions a competitive edge over others, such as do-it-yourself products, many of which don’t have the same badge of credibility. It also allows installers to capitalise on their expertise and compete in the mass market by offering technology with high-end features. It’s a message that many security providers are convinced that the market is not only ready for but is keen to hear.