THE BRITISH Security Industry Association (BSIA) has welcomed certification body Thatcham Research's extension to the proposed withdrawal date of its Whole Vehicle Marking certification to 31 December 2022 in order to allow sufficient time for a new British Standard to be developed and introduced as its replacement going forward. 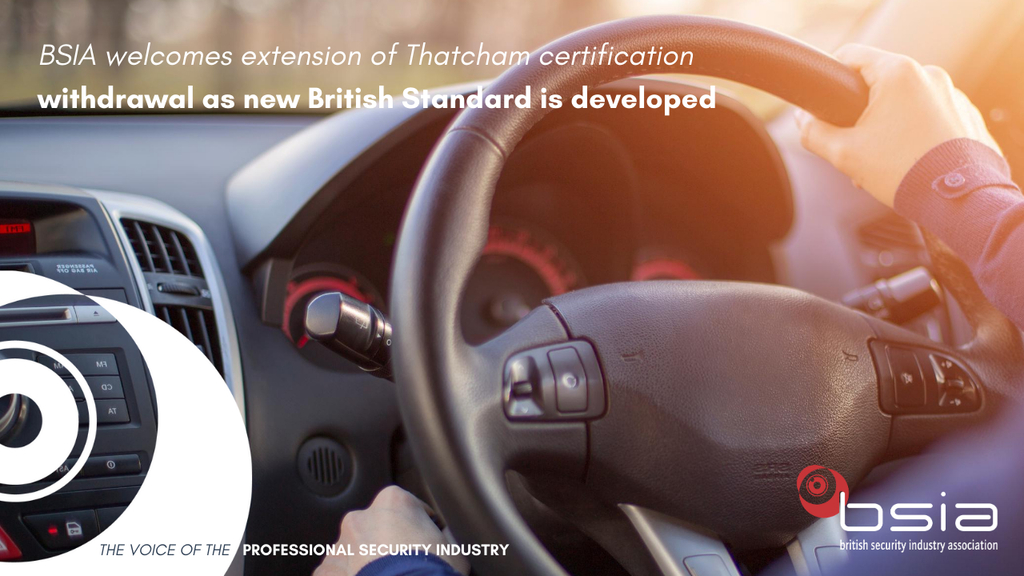 The extension has been announced after the BSIA lobbied on behalf of its Asset Property Marking Section members that the original date of withdrawal of 31 December this year gave insufficient time for the industry to find a replacement accreditation, which usually takes between 18 and 24 months.

As a result of the withdrawal of the Thatcham certification, and after consulting with the British Standards Institution (BSI), the BSIA will now be developing its existing guidance (Form 121) on asset property marking into a British Standard. This will also include guidance found in the Forensic Science Regulator’s Office Code of Practice.

A panel of experts has been formed to progress the British Standard, consisting of the BSIA, BSIA member companies Datatag, Selectamark, SmartWater, Retainagroup, Thatcham Research, the Forensic Science Regulator’s Office, the Building Research Establishment and the crime prevention initiative Secured by Design.

Peter Jack, the BSIA’s technical officer and chair of the BSI’s expert panel, said: “The BSIA welcomes the extension of the Whole Vehicle Marking certification and would like to thank Thatcham Research for its flexibility in agreeing to this and also for its willingness to become involved in our proposed British Standard panel of experts. We would also like to commend Thatcham Research and other interested parties and key stakeholders on agreeing to participate in this ambitious and time-critical project.”

On that last point, Jack observed: “It’s very much business-critical for our members that their asset marking products conform to a standard which carries the weight that the Thatcham certification currently maintains. We can now work collectively as an industry to ensure that our new British Standard continues this quality of accreditation.”

Kevin Howells, chairman of the BSIA’s Asset Property Marking Section and CEO/managing mirector at Datatag, added: “With organised criminal gangs using ever-more sophisticated tools and methods to steal and pass on stolen property, it's critical for robust and secure marking technology to be used to combat this unwanted problem.”

Howells continued: “Using cutting-edge, tried-and-tested identification technologies combined with accredited secure databases, the systems we supply continue to play an important part as a proven theft deterrent. They act as the primary identifier and aid in the recovery of all sorts of vehicles, property and machinery from tractors to bikes and on to hand tools stolen from a commercial vehicle. It’s absolutely essential that our industry has a workable and respected set of standards which is vital when considering the evidential quality required by law enforcement in order to secure prosecutions.”

Work on the new British Standard begins this month.