INSURER ZURICH UK has accused the Department for Education of “measuring children’s lives in metres” after the latter’s publication of plans that would only see fire sprinkler systems installed in those schools over 11 metres in height. 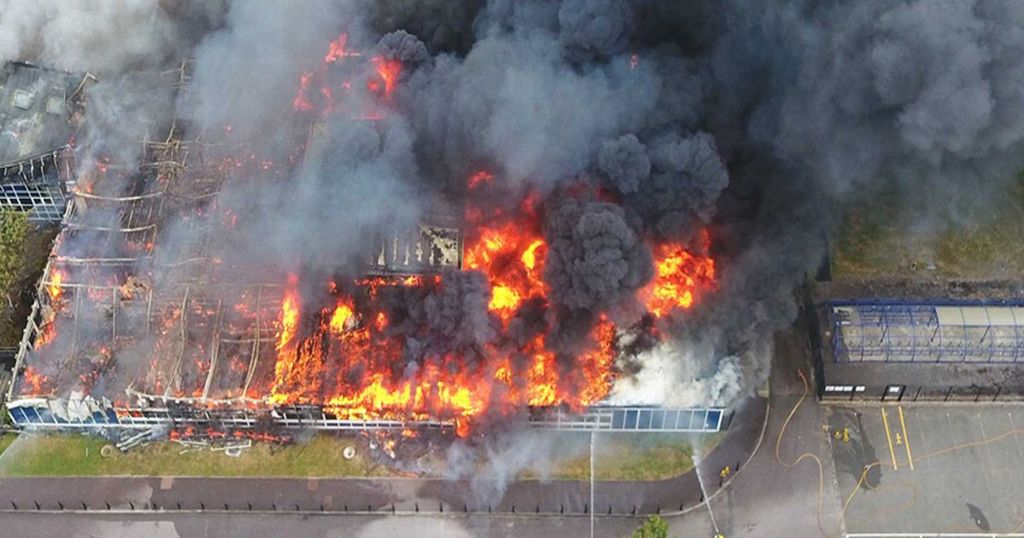 The revised document is based on the feedback received from the technical review of the guide that was published for comment back in March 2019. Those asked to contribute their views on the review included school building designers, fire engineers and contractors, building control bodies, Fire and Rescue Services and other fire safety officers.

Building Bulletin 100 advises on how to minimise the spread of fire and also ensure that the building structure is adequately resistant to fire. Further, it includes requirements for access and facilities for the Fire and Rescue Services.

From the Government’s perspective, Building Bulletin 100 requires updating and simplifying to see if additional fire safety measures should be included and whether there’s content included within that’s no longer needed. Hence the consultation process, which was launched on Thursday 27 May and concludes on Wednesday 18 August.

Significant changes from the 2007 are that this guidance now sets minimum levels of automatic fire detection and alarm systems provision, recommends that single escape stairs should not be allowed in new construction and that lifts in multi-storey schools should be evacuation level standard, increases the allowable fire compartment sizes to match the general levels for educational buildings set by the Ministry of Housing, Communities and Local Government and also raises the standards required for external wall cladding.

Importantly, the recommendation is that automatic fire suppression systems should be installed as a mandatory requirement in all new school buildings that have a storey with a finished floor level over 11 metres above ground level as well as special education needs schools and boarding schools.

According to Zurich UK – which has long called for mandatory sprinkler systems to be installed in all new and major refurbished schools, regardless of building height – this proposal would exert “a significant impact” on the future of pupil safety and education.

Tilden Watson, head of education for the insurer, said: “The Government’s proposals are a step in the right direction, but still leave the majority of schools and pupils exposed to blazes. By limiting sprinklers to school buildings above 11 metres in height, the Government is effectively writing off a significant proportion of the school estate. This will create a two-tier system of safety which is arbitrary and ill-thought through.”

Watson continued: “Given that they are predominantly single-story buildings, primary schools will be hardest hit, especially as they already suffer nearly twice the rate of blazes as secondary schools. Pupil safety and education will become a lottery based on school building height. Parents are likely to be concerned that their children’s lives are being measured in metres.”

Further, Watson stated: “School fires cause major disruption to children’s education, with repairs often leading to months or even years of upheaval. They also result in the loss of spaces upon which local communities rely out of school hours. Unless Government ministers determine to bring England into line with other parts of the UK where sprinklers are mandatory, large fires will continue to blight children’s education which has already been severely disrupted by the pandemic and potentially place lives at risk.”

Analysis of Home Office data covering all 44 fire authorities in England from April 2015 and April 2020 conducted by Zurich UK found that school fires have destroyed the equivalent of 1,100 classrooms in the last five years. More than 74,000 square metres – an area equivalent to ten football pitches – has been lost.

Fire crews were called upon to tackle 2,300 school blazes in England during that time period which completely gutted 47 primary and secondary school buildings and seriously damaged 230 others. No fewer than 1,467 primary schools and 834 secondary schools were hit by fire, but only 2% of those schools involved had been fitted with sprinklers.

Zurich UK estimates that the average repair bill for large fires alone is £2.9 million, with the damage exacted by some fires costing up to £20 million to put right.

Data from inspections carried out by Zurich – which insures roughly half of all schools in the UK – shows that, of more than 1,000 school inspections carried out by the company, 66% of schools were rated as having ‘poor’ fixed fire protection systems such as sprinklers, which are themselves proven to significantly reduce the damage caused by fire. Just 14% of schools were rated as being ‘good’ or ‘excellent’. A further quarter (24%) were judged to be ‘poor’ for fire detection measures such as smoke detectors and fire alarms.