LONDON FIRE Brigade (LFB) has commemorated the 30th anniversary of the King’s Cross fire by reflecting on how the tragedy changed how it tackles major fires. 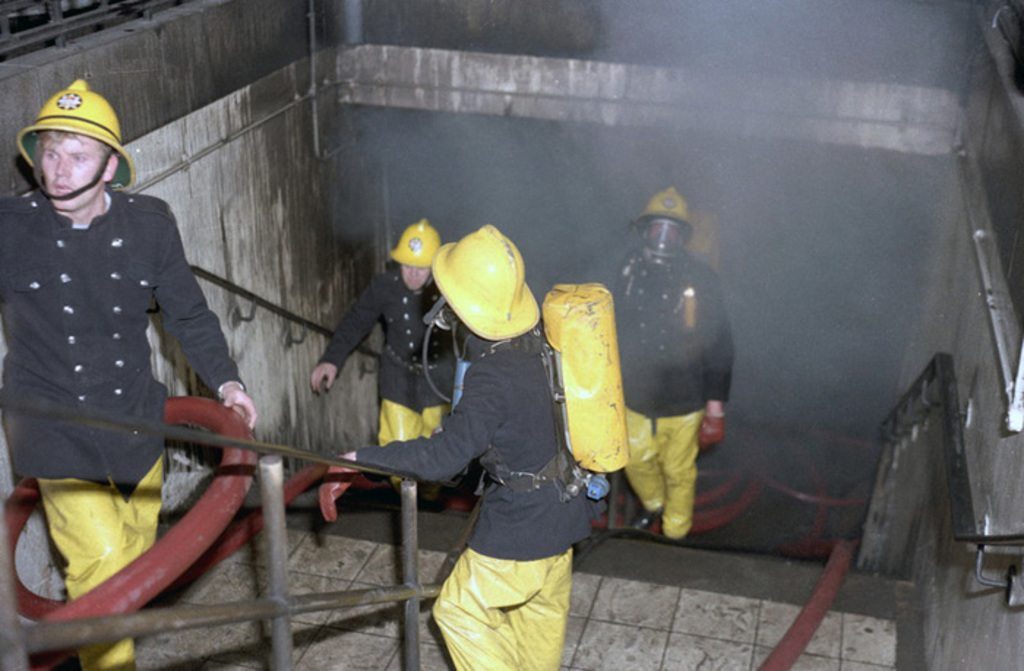 LFB director of operations Tom George revealed that the fire forever changed operations at LFB. George was in training school at the time and was selected as part of two squads to attend the funeral of Station Officer Colin Townsley who sadly died at the blaze on 18 November 1987. He will join survivors, victims’ families and emergency service crews who attended the incident, at a special service to mark the anniversary.

The worst fire in the history of the London Underground claimed the lives of 31 people, and seriously injured many more at Kings’ Cross Station. More than 150 firefighters and 30 fire engines tackled the blaze, which is thought to have started around 7:30pm, when a lit match fell through a gap on a wooden escalator and set fire to the grease and litter beneath the steps

Tom George said: “As we mark the 30th anniversary our thoughts are with all the victims and their friends and family. Following the Kings Cross inquiry firefighter’s uniform, underground fire safety procedures and joint working between blue light partners were all improved and have helped save public and firefighter’s lives in the aftermath of the tragedy.”

Important changes were also made in fire safety precautions especially on the underground. Wooden escalators were removed and underground staff were trained in recognising what they should do in the event of fire. There was a greater emphasise on what underground staff should do if there was a fire, something that wasn’t taken seriously enough before. The emergency plans were placed in a box outside every tube station, which gave firefighters a better understanding of the layout of tunnels. Today those plans are electronically available on the data terminals of our fire engines.

No smoking was enforced across the underground network, something which seems alien now but was common place in the 80s. Sadly smoking fires still make up the vast majority of fatal fires we attend. Since Kings Cross, LFB has put in place more robust and formalised reviews of our command and operations. Firefighters discuss and review their approach to incidents with a view to continually improving our response. Emergency services worked in isolation in the past and that is something that is very different in 2017. LFB works closely with blue light partners and local authorities with everyone knowing their roles and responsibilities at incidents and this continuously gets fed back through meetings between agencies and debriefings afterwards.

But It would take until another tragedy on the underground network to truly fix issues with communicating from some of the deeper tunnels to officers on the ground. Following 7 July bombings all firefighters were given a personal hand-held radio with multiple radio channels and a dedicated channel for firefighters to share information and updates with each other throughout an incident. The Brigade has doubled the number of radios that can operate in potentially explosive atmospheres.

In 2013, a review of all the digital radio channels programmed meant that all fire and rescue services across the UK have the same capabilities. It also meant that the Brigade has a greater ability to talk with other agencies that can be involved in emergency response, such as the RNLI when responding to any emergency on the River Thames.

Working with Transport for London as part of their Connect programme, LFB can now communicate across the tube network including in tunnels between stations. Further improvements to the digital radio network in the London Underground allows for a greater number of simultaneous radio transmissions to take place. You can watch a video from LFB, which reflects on the fire below.