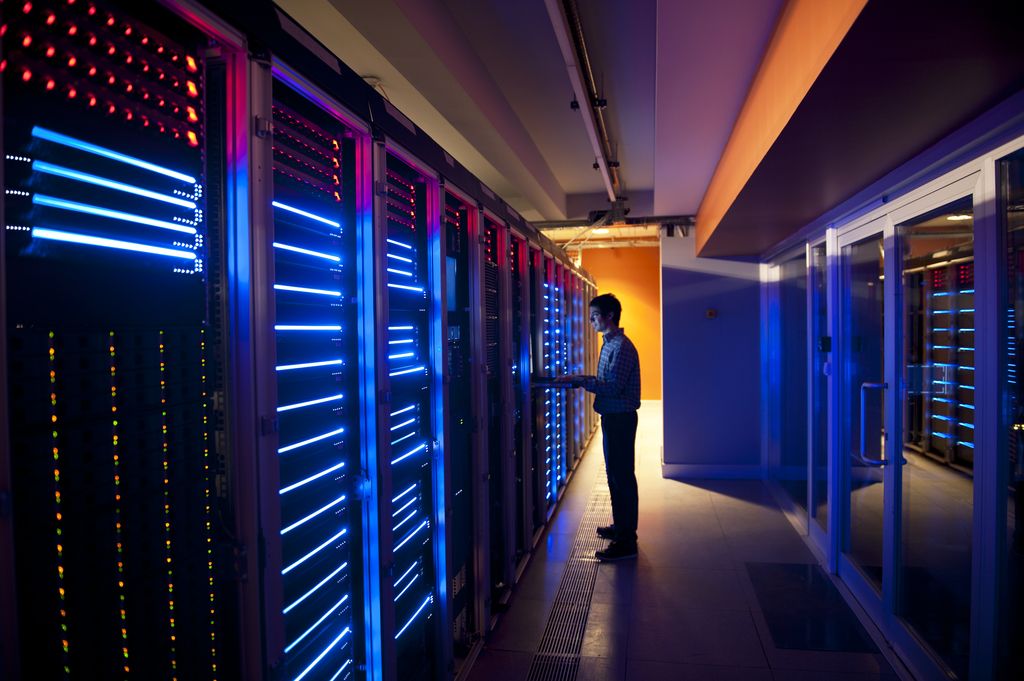 WAREHOUSES, DATA centres and archives all depend on efficient and reliable fire protection, since even small failures can lead to grave consequences. After all, who wants to buy goods that reek of smoke, or artefacts that are charred through? The top priority for any business is to maintain operating processes. Whether it’s delivery obligations at a logistics company, or constant data availability in the IT field, “high availability even in case of fire” can be essential to a company’s survival.

Expectations for fire protection are therefore high. Just as important as business continuity are energy efficiency and environmental friendliness – some fire-protection methods, such as extinguishing systems that use water, foam, or powder, involve consequential damage. False alarms are also an issue, as too many of them can be costly.

The risk of fire in business premises is growing all the time. For example, the increasing automation and ‘digitalisation’ of today’s workplaces mean they house myriad technological equipment and devices, machinery, cables and power units. Technical defects in any of these can easily cause sparks, smouldering or overheating. In premises where there are large amounts of flammable packaging materials, like paper, cardboard, or film, the risk is even greater. In warehouse and logistics operations, the high density of goods stored on high shelves  only narrowly spaced apart can make it easier for a fire to spread to adjacent pallet spaces. In data centres, it is generally the overall building design, tailored to air-conditioning, security and uninterrupted power supply, which poses a challenge for fire protection. So, the smart approach is not to let a fire start in the first place.

Wagner’s OxyReduct fire prevention system is based on this principle. The oxygen reduction system generates nitrogen – Wagner was one of the first companies to introduce nitrogen as an extinguishing gas, more than 20 years ago ‒ and continuously feeds it into the protected area in order to minimise the risk of a fire breaking out in the first place.

The nitrogen is introduced in a controlled manner to keep the oxygen level below the ignition threshold at all times, so fire is simply deprived of the air it needs to ‘breathe’. The system generates the nitrogen from ambient air on site, so there is no need for large tanks of extinguishing agents. This saves space and makes the system more flexible ‒ for instance, if the building needs to be converted, or used for a different purpose.

With activated carbon, oxygen and nitrogen are separated in a Vacuum Pressure Swing Adsorption (VPSA) system using carbon molecular sieves (CMS) in two tanks. First, one of the two tanks is perfused with air under slight pressure (+1.5 bar). The activated carbon binds the atmospheric oxygen so the nitrogen can pass through the tank unhindered and enter the protected area. Since the activated carbon becomes saturated after about 50 to 60 seconds, the air flow is then fed into the second tank. While the atmospheric oxygen is now bound in the second tank, the oxygen molecules are separated from the activated carbon in the first tank. This is accomplished by a vacuum pump connected to the tank. The two tanks are switched over about every 60 seconds. The two CMS tanks thus operate in a rhythm alternating between adsorption (oxygen binding) and desorption (oxygen depletion).

Pressure Swing Adsorption (PSA) system technology is a special means of nitrogen generation, which works without a vacuum pump. This also involves switching between adsorption and desorption in two identical tanks. However, the activated carbon is charged at a higher pressure (+6-10 bar). This pressure energy alone is sufficient to remove the bound oxygen molecules from the activated carbon during desorption and discharge it into the atmosphere, so that more atmospheric oxygen can be bound in the activated carbon during the next adsorption. The nitrogen produced can be fed into the protected area at a pressure of +4 to 8 bar.

VPSA and PSA systems are used in protected areas with very large-volume rooms, such as automated high-bay warehouses. They produce large volumes of nitrogen and run in continuous operation for top performance, whereas the VPSA system is the energy-optimised further development.

Wagner’s OxyReduct P-Line is an advancement of the PSA system. Development work focused on designing a highly space-saving and easy-to-install system offering modular performance adjustment. In the field of logistics, nitrogen requirements can change according to the level of protection ‒ for instance, if entry and removal operations increase, or a warehouse expansion is planned. In such cases, the system can be expanded flexibly. The system in streamlined configuration sets itself apart with a height of 1.95 to maximum 2.05m and supplies between 20 and 400 m³/h of nitrogen, depending on the configuration. The noise level is just 80-85 dB(A) ±3. It is suitable for areas such as archives, libraries, automated logistics centres and IT facilities.

The principle of controlled oxygen reduction is fundamental to fire protection. At Wagner, we define oxygen concentration levels based on the ignition thresholds of the materials present, then reduce the atmospheric oxygen to the target concentration in a controlled manner and keep it at that level, creating a highly fire-retardant atmosphere.

The oxygen level can also be adjusted for specific times, with a protection level of 17% volume during the day, which allows free access, and a 14.6% volume level at night, or on weekends. At an oxygen content of 17% volume, the area is accessible and the risk of fire is considerably reduced, but not 100% eliminated. For this reason, the system can be used in combination with early fire detection and a quick release. If an alarm is triggered, additional nitrogen from tanks reduces the oxygen content to a concentration in which the fire will be extinguished within seconds.

The system can maintain this level almost indefinitely to prevent re-ignition. This protection concept is ideal for areas that are difficult, or impossible for fire brigades to reach. The advantages of quick release include great savings on energy and targeted fire prevention capability to limit the extent of damage. This method is particularly well-suited for use in data centres, since it renders the dreaded power cut unnecessary.

These systems provide reliable fire protection for areas where, besides the essential need for personnel protection, it is crucial to ensure that electronic equipment remains available, goods can be delivered and valuable assets are protected. At the same time, every protected area has its own specific requirements and thus requires customised fire protection.

Wagner offers a wide variety of special protection concepts to provide its customers with a tailor-made fire protection solution. These concepts differ from one another in the way the nitrogen is generated, the oxygen level set and the selection between single or multi-stage oxygen reduction concepts. It is not without reason that customers worldwide, which include, KLM Kühl- und Lagerhaus Münsterland GmbH, The British Library, noris network, Galliker Transport AG, Imperial Automotive Logistics GmbH and the La Lorraine Bakery Group trust in the knowledge and service of the fire protection experts from Langenhagen.