THREE MEN have been sent to prison for fire safety failings, which were uncovered during an investigation into a major fire at a residential premises in Birmingham. 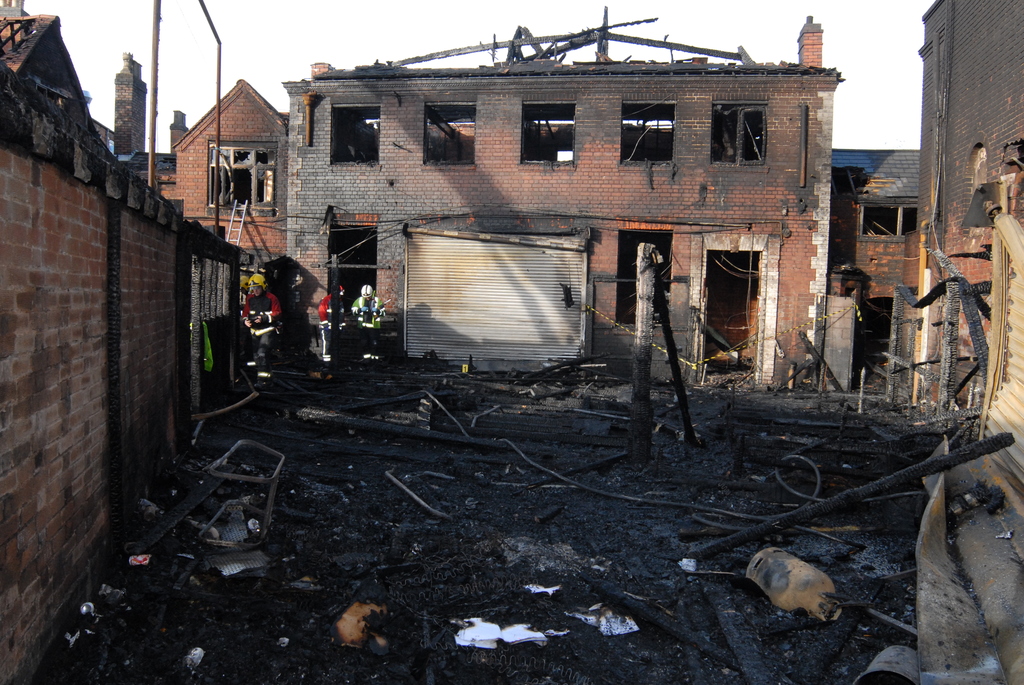 A man and a woman who were trapped by the Christmas Day blaze jumped for their lives from a second-floor window, only to find themselves trapped again and surrounded by flames in a courtyard. Both suffered various injuries and smoke inhalation. A dog fell to its death as the burning floor of its owner’s sleeping accommodation collapsed beneath it at the premises on High Street, Deritend.

Numerous fire safety offences were uncovered by West Midlands Fire Service following the fire on 25 Dec 2013. It was suspected arson, but there is no suggestion that any of the trio started it. The three men who were guilty of various breaches under the Regulatory Reform (Fire Safety) Order 2005 were: Kazim Mashedi (46) of Redfern Close, Solihull; Sulaman Rahid (30) of Linwood Road, Handsworth; Waquas Rehman (30) of Calshot Road, Great Barr. The failings included not identifying any fire hazards, failing to reduce the risk of hazards causing harm and failure to decide what physical fire precautions and management arrangements are necessary to ensure people’s safety if there’s a fire.

WMFS watch commander Chris Ruston, said: “A large part of the shisha premises had been built from timber, without planning permission. It was packed with sofas which became a ready source of fuel once the fire started.

“We hope this case sends a very strong message to people with any degree of control over premises. You are responsible for the safety of anyone who may be affected by a fire, and you can be fined or sent to prison if you do not ensure that people aren’t at risk.

“Fire safety is not something you can ignore. In this instance, there was an obvious risk of someone being seriously injured or killed if there was a fire.

“If you change the use of your building, for example from an office to sleeping accommodation, you must gain Building Control approval beforehand. People are more at risk in residential accommodation and especially when they’re asleep.”