The parent company of a Chinese restaurant chain has admitted multiple fire safety breaches after 25 people were found living in its former head office. 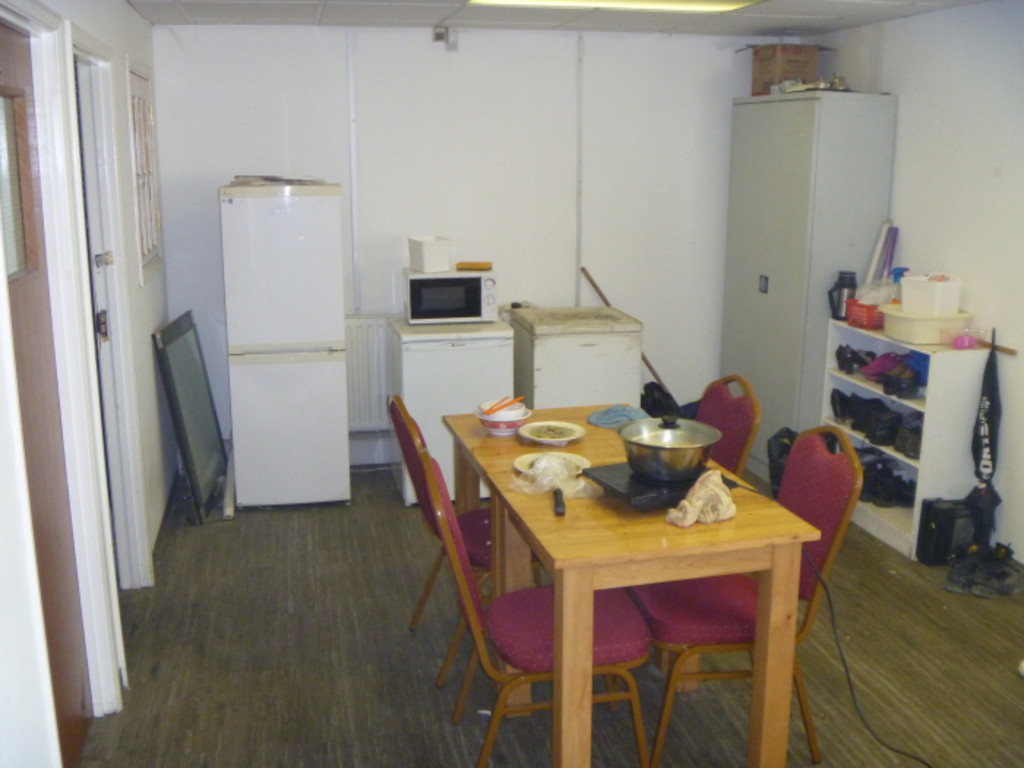 In September 2014, fire safety officers from Surrey Fire and Rescue Service visited Thames House in Ashford and found both floors had been divided into makeshift bedrooms and cooking areas using plasterboard. It was discovered that 25 people were living inside the building and using kitchen equipment, kettles, freezers as well as an electric fire being used to dry clothes.

There were no fire alarms or fire doors in the building and a key fire exit was blocked. The foot of a flight of stairs was being used to store items, which would have burned easily in a fire. Investigators also found evidence that materials had been burned on a floor covered with wood chippings under a wooden work bench.

The property owner, HJ Tenger Holdings Ltd, appeared at Redhill Magistrates’ Court on 28 February and pleaded guilty to three breaches of the Regulatory Reform (Fire Safety) Order 2005, for failing to take general fire precautions, not equiping the premises with appropriate fire detection and not ensuring the routes to emergency exits were kept clear. It was fined £7,500 and ordered to pay a further £9,980 in costs.

In mitigation, the firm said the unit was disused and on the market at the time as it had moved its head office to Hammersmith. It claimed to have no knowledge that people were living in the building until eight weeks before the fire and rescue service discovered the safety breaches. During this period it considered the occupants to be squatters but failed to take immediate legal action to remove them because the business was undergoing major changes. The company stated that it complied with a Prohibition Notice and entered an early guilty plea.

The video below shows an interview with Surrey Fire and Rescue Service assistant group commander Nigel Gray about the case.