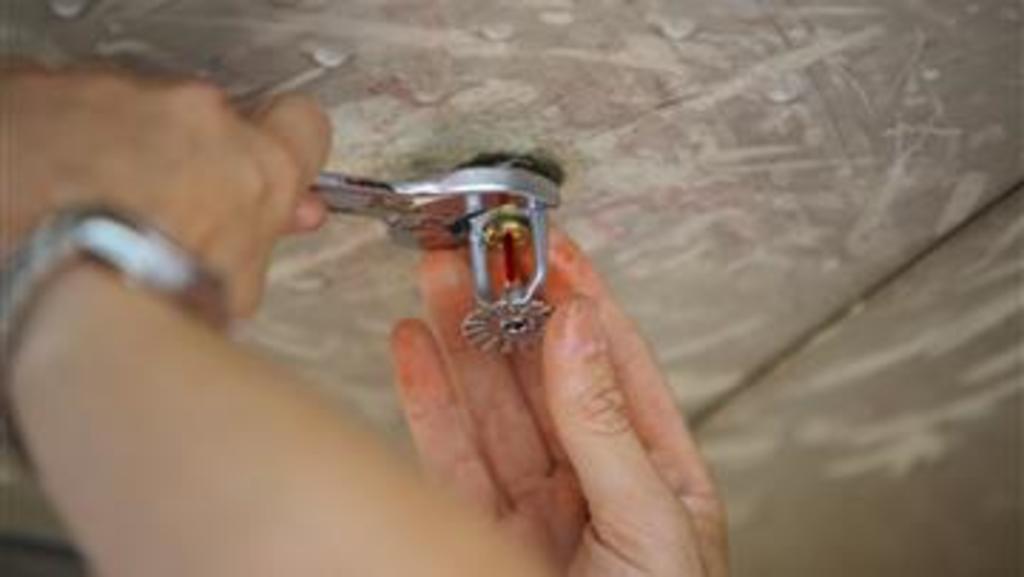 Heading the campaign is Cheshire Fire and Rescue Service’s business safety manager Tracey Carter, who said: “Over the next year, my team and I will be providing lots of information and advice to business owners and builders so they understand how sprinklers work and consider fitting them as a fire safety mechanism. We’ll also be dispelling the myths that have grown up around sprinklers. For example, it’s a common myth that sprinkler systems begin to operate accidentally and cause excess water damage. It’s also a myth that they cost lots of money to install. What they are designed for is to protect life and property and improve firefighter safety.”

Carter continued: “A modern sprinkler system would actually limit damage, helping a business to be back up-and-running far more quickly as they limit water spread to the site of a fire. Some insurance companies even offer large discounts for buildings protected by sprinklers.”

Throughout the 12-month campaign, the Cheshire Fire and Rescue Service will hold events – following COVID-19 guidelines for each – to provide information and host interactive social media chats where people can ask questions around how sprinklers work to extinguish a fire at source.

Likened to having a firefighter in every room, sprinklers detect heat above a certain level and activate, letting out a spray of water into the affected room.

“Fire is indiscriminate,” explained Lee Shears (head of prevention and protection and area manager for the Cheshire Fire and Rescue Service). “It destroys lives, homes, families, businesses and history that cannot be replaced. Every year, people are needlessly killed and seriously injured in fires. People are made homeless as a result of fire, businesses collapse and people lose their livelihoods because of it. Lives and properties that could have been saved with the simple addition of a sprinkler system.”

Shears added: “It’s a well-known fact many businesses that suffer from significant fires and fire damage never return to operation. Sprinklers can safeguard against that scenario and significantly improve business continuity.”

The campaign’s monthly focuses will include sectors such as schools, factories, care homes and small businesses.