HAMPSHIRE FIRE and Rescue Service (HFRS) chief fire officer Dave Curry has received his Queen’s Fire Service Medal, which is the highest award of its kind a serving fire officer can receive. 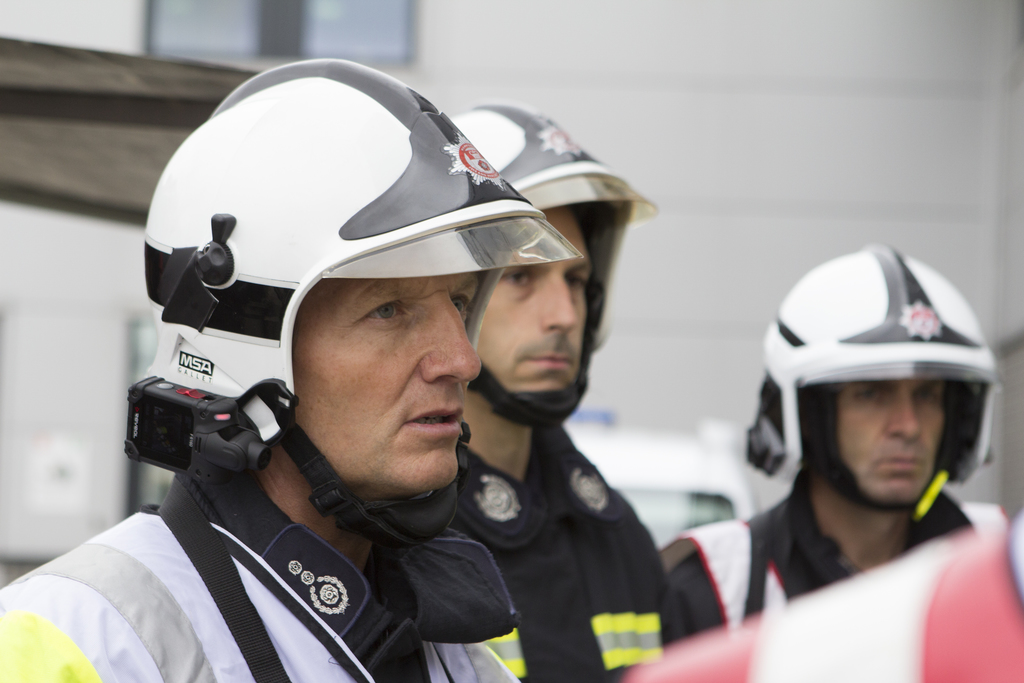 The outgoing Hampshire Fire and Rescue Service chief was presented with the accolade at Windsor Castle by Her Majesty The Queen on 8 December. The announcement was made in the Queen’s Birthday Honours List in June shortly after Dave announced he would be retiring at the end of the year after a 30-year fire career.

For the past three years he has been chief after 11 years as deputy chief. Hampshire Fire and Rescue Authority Chairman Councillor Chris Carter said: “This award is well deserved. Under his leadership the service has enhanced its reputation and nationally he has worked to drive up standards across the fire service.

“I know that all other members of the fire authority would like to extend their congratulations.”

The Queen’s Fire Service Medal was introduced in May 1954 and is given for meritorious service or bravery. Fire minister Nick Hurd said: “I would like to thank Dave Curry for his exemplary service and contributions to keeping our communities safe.

“The Queen’s Fire Service Medal is a symbol of outstanding devotion to duty and Dave has made a huge contribution to the service and making Hampshire communities safer.”

CFO Curry was recently presented with the Asian Fire Service Association (AFSA) Shining Light Individual Award for his work to make the service more inclusive. He was also presented with a certificate from the fire authority on Tuesday when he attended his final meeting.