Warning after spate of deliberate fires

FIRE AND police officers are working together following a spate of fires around Chichester city centre. 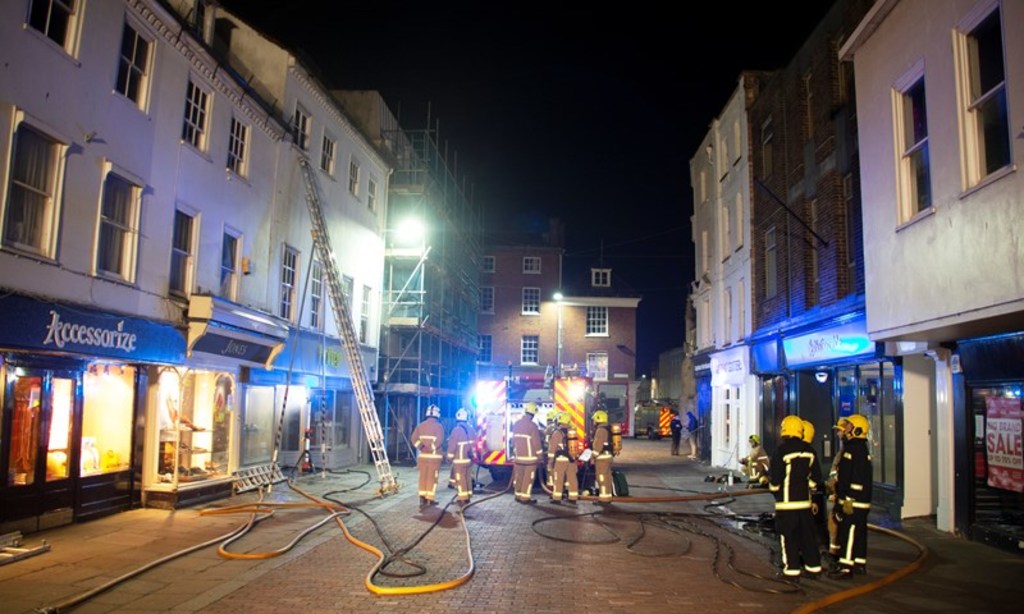 On Saturday night (6 April) the service was called out to a number of fires, including one in a shoe shop, believed to have been started deliberately.

The service is warning such incidents can lead to larger, potentially life-threatening blazes and they also take vital resources away from other incidents.

The incidents were as follows:

• A fire was started at an old property on a building site in Lavant Road at 6.45pm
• Another fire broke out in a skip behind the Hole in the Wall pub in St Martin's Street at 9.26pm
• A bin was set on fire outside the La Havana Bar in Little London at 9.39pm
• A pile of rubbish was then deliberately set on fire outside the rear door of Hotter Shoes in North Street, at 10.15pm, which spread to the shop and caused extensive damage

Pete Sadler, Chichester fire station manager, said, “We are concerned by the number of suspected arson incidents we have experienced in Chichester and urge those responsible to stop.

“Fires started deliberately can be particularly dangerous because they generally develop much faster. Fires started in bins can spread to properties or vehicles near-by and put people’s lives, homes and businesses at risk.”

The service works closely with the police and always seeks to prosecute those people who have started fires deliberately.

The service is asking shops’ management teams and members of the public to be vigilant.

Measures to reduce the chances of arson occurring include the following: