FORMER NEW York fire commissioner Sal Cassano was instrumental in rebuilding the department after 343 firefighters died as a result of the September 11 attacks and he gave Fire Safety Event delegates an insight into what has changed since the attack. 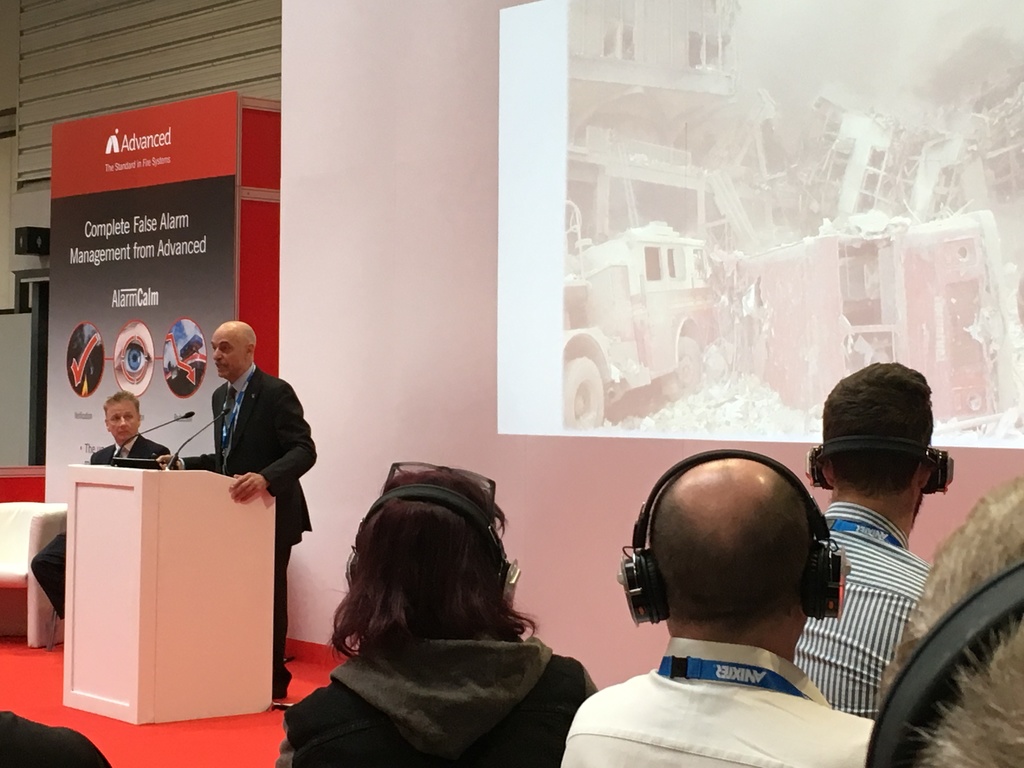 Sal said, “Eighteen years on, the department is much stronger from McKinsey & Company's input.”

According to him, the most important suggestion was to have a new unit to support members that needed counselling. “When I came into the department in 1969, I was told that in the event of something happening to me, my family would be taken care of.”

He asked what can we do to protect people that work, live and visit high rise buildings?

Local Law 26 of 2004 was published following the 9/11 incident, to ensure NYC buildings are more resistant to fire. It includes a series of fire protection requirements for buildings and now every building over 100ft now needs to have a sprinkler system.

“The closest thing to a silver bullet in fire safety is a sprinkler system. We don't take no for an answer and every building over 100ft has to have sprinklers of they will be summoned.”