INNOVATIVE DEVELOPMENTS in materials and advanced processes together with new applications ensure that commercial holography continues to feature in the front line fight against counterfeiting, identity theft and brand piracy. Here, Dr Paul Dunn considers security and authentication holography and the new developments aimed at protecting brands and sales. 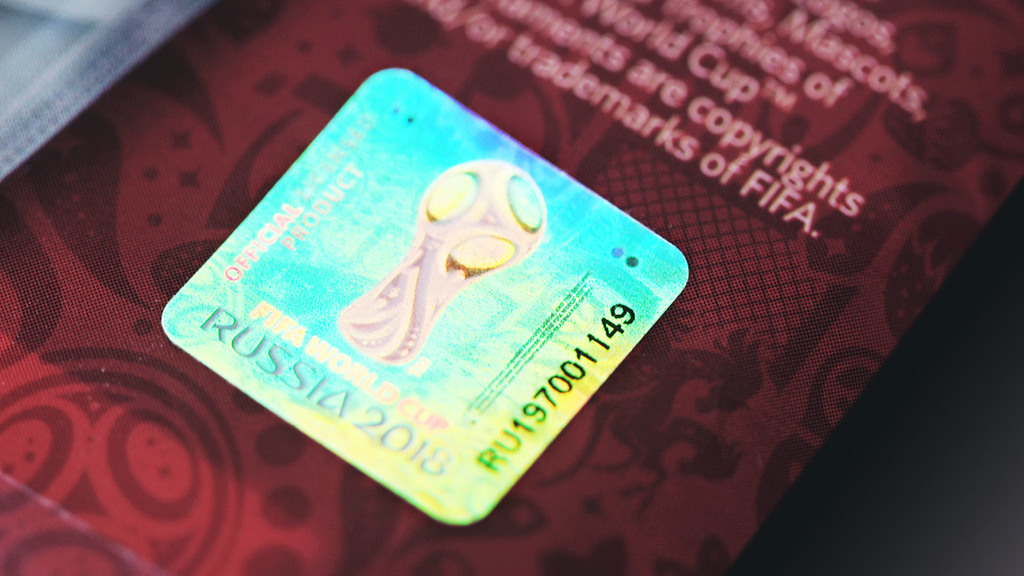 Holography’s capacity to secure data and combat the effects of criminal interference, tampering, alteration, forgery or imitation is priceless. Moreover, holography is not solely present to prevent counterfeits, but also to act as a physical detection device; making it easier for the trained eye to distinguish the genuine items from the fakes.

While a well-established security device in commercial use now for some 40 years, the flexibility, relatively low production costs and visual appeal of holography leads to its retention by brand owners across the globe looking to protect their products. For example, the 2021 Tokyo Olympic Games will see visitors from around the world descend on Japan where they'll be encouraged to avoid counterfeits by buying official merchandise only at licensed venues, stores and booths. At these places, products such as key rings, mascots and jewellery will feature anti-counterfeiting labels incorporating authentication holograms.

Today, there's a desire to provide brand owners with useful customer data. Indeed, business intelligence could be considered as the new ‘holy grail’, creating new avenues of opportunity for holographic technologies. Hologram producers and their customers are able to use the unique identification on each holographic label to maximise the data it offers about the product’s supply chain. This can be particularly effective in the case of officially licensed merchandise, or in the case of contract manufacturing where third party manufacturers have to report back to brand owners on unit volumes to calculate royalties.

Such systems offer a strong deterrent for preventing not only counterfeiting, but also grey market diversion as under-reporting becomes highly visible and out-of-territory sales are easily traceable. Using enforcement teams, the authenticity of official merchandise can be checked and verified quickly in the field. Licensees also benefit because their brand investment is protected against counterfeiting.

The fundamental impact holography has on thwarting the counterfeit trade surrounding some of the world's biggest sporting events cannot be underestimated. One of the most glamorous and popular global sports, specifically Formula One motor racing, uses holography to protect its lucrative brand identity. Indeed, many of the top racing teams also feature security holograms to safeguard their official merchandising from counterfeiters. For example, Ferrari and others have led the way in producing attractive gift sets that incorporate holograms as an added authentication mark alongside official logos.

Away from the track, De La Rue in the UK - working for Copyright Promotions Sport - provides a secure hologram-based brand authentication programme for top level football, in turn enabling the Football Association to track and manage the England Three Lions brand once it has been licensed. Again, this is all about protecting the brand against the threat posed by counterfeiting, grey market diversion and piracy.

It’s not surprising to learn that it was in the USA - and in the major sporting leagues – where the sports merchandising industry we recognise today really took off at the beginning of the 1990s. All of the major US leagues have embraced holography to varying degrees to protect their reputation, brand image and, importantly, revenue streams. The big four - American football (ie the NFL), baseball (the MLB), basketball (the NBA) and hockey (the NHL) - have all licensed product protection programmes using holography for nearly 20 years to expedite royalty income.

It’s a sobering thought that the annual turnover in licensed merchandise sales runs to several billion dollars within the major leagues, so it makes sense that revenue streams should be suitably protected. They have been, and for several years. Sports Business Simulation reports that the size of the sports business industry reaches an estimated value of $213 billion: twice the size of the US automobile industry and seven times the size of the movie industry.

Holographic technology as a weapon of choice in the fight against criminal activity also scores beyond the sporting arena, where those involved in the supply chain can absolutely see the value. Farm machinery manufacturer John Deere uses holographics-based product authentication labels and hangtags to identify and protect officially licensed merchandise in retail channels, while materials and additives company Eastman has partnered with Groupe Rocher to produce a cosmetics compact that offers consumers the reassurance that they're purchasing a bona fide product.

Brand owners face a broad range of threats, so we're seeing digital solutions becoming an increasing addition to the current range of available authentication scenarios. Sometimes these are in isolation, but within the holographic industry, it’s the combination with secure track and trace that's driving innovation and development. The integration of holographic protection with digital technologies is progressing at a rapid rate, adding more value to brand protection measures.

Quick Response codes, where a serial number can be enshrined within a hologram, provide integrated track and trace authentication to help Governments around the world secure excise duties and minimise the trafficking of illicit goods. Mobile phone verification is also gaining increasing traction: the user can simply scan a hologram with a smart phone to obtain immediate confirmation of a product’s authenticity.

Holograms are also entrenched in combating identity fraud, where a new generation of devices is driving improvements in passport, driving license and identity document protection, helping those with responsible for law enforcement to thwart the criminals. These include Surys’ Spectreod, which enables the viewer to pick out and identify information using a smart phone light source. When observed at a direct angle, the technology is recognisable to the naked eye, but when it comes under a light source, pre-selected floating coloured information appears that follows the movement of the light, helping to confirm a document’s authenticity.

OpSec Security is another company in the vanguard of ID document security with its proprietary Lustre technology. This can be changed by wavelengths/intensities of light, altering the liquid crystal molecules and the colour they reflect, and is one element of a whole new raft of optical features coming through that incorporate holographic elements to offer advanced overt, covert and forensic detection features; thereby heralding a step-change in the manufacture and distribution of secure documents for years to come.

Of course, the counterfeiting of banknotes is one of the biggest challenges law enforcement agencies and central banks face. The history of counterfeit money is almost as old as currency itself, and the battle to defeat the criminals goes on. According to the US Department of Treasury, an estimated $70 million in counterfeit bills are in circulation, while in the UK the Bank of England has revealed that hundreds of thousands of fake banknotes could be in circulation.

That's why strident efforts are made by central banks and currency issuers to produce banknotes that include holograms as part of a range of overt anti-counterfeiting features. These banknotes often lead the way in using some of the most advanced optical security solutions available. For example, De La Rue’s new £20 banknote incorporates several innovative features, including a registered KINEGRAM COLORS® foil stripe from Kurz, and is also the first Bank of England polymer banknote to have two windows.

Elsewhere, the Singapore Bicentennial $20 commemorative currency notes use Kurz’s Kinegram Colors with Flux Effect hologram foil stripe as a critical security feature, while Surys’ holographic Moov patch features as a high-level authentication device on the new Sudanese 1000 pound. These applications reflect ongoing advances in the design, development and technological capabilities of holography, which continues to find new ways in which to add value and heighten levels of security on products used by billions of people the world over.

While holography could be considered a mature product, it’s evident from myriad applications that it retains a leading position as a highly effective, versatile and low cost security device. Moreover, whatever form it takes, items such as holographic security labels and tagging systems remain emblematic titans of authenticity, consistently proving their worth in safeguarding products, supply chains and brand reputation.