THE FIRESTOPPERS service, which has been in use since 2019 with three Fire and Rescue Services in the North East of England, is being launched in Northamptonshire such that people can report any information they have about deliberate fires on an anonymous basis. 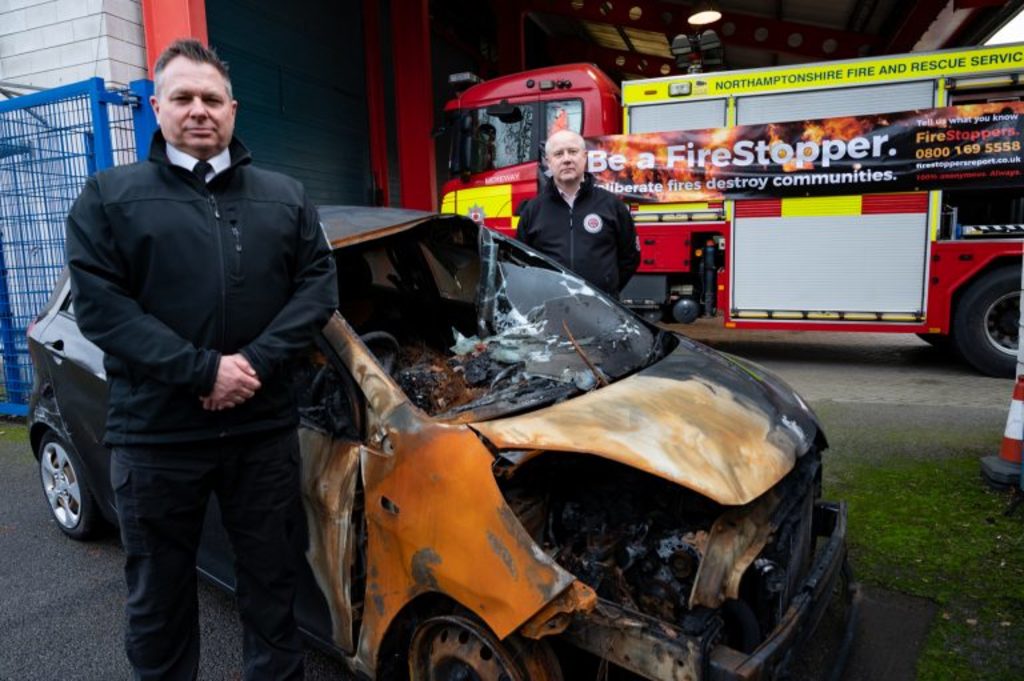 People can provide information via the telephone or online without having to put forward their name or other contact details. The Emergency Services can then take appropriate action based on the detail imparted to them.

Northamptonshire Fire and Rescue Service dealt with no fewer than 714 deliberate fires across the county between April 2019 and April last year, and no less than 362 such episodes in the six months up to last October.

The Arson Task Force works as part of the county’s Fire and Rescue Service to reduce deliberate fires in Northamptonshire by identifying and responding to high-risk individuals and communities.

Shaun Johnson from the Arson Task Force stated: “A large proportion of deliberate fires don’t often involve a victim. Examples include discarded rubbish being set alight, grass fires and other minor fires. However, these fires are a strong indication of anti-social behaviour and can have a huge impact on local communities.”

Darren Dovey, Northamptonshire’s chief fire officer, observed: “Our firefighters face different challenges every day. Having to deal with arson attacks places additional stress on the county’s Emergency Services when our time could be better spent elsewhere. It’s positive to see that other areas across the country have experienced considerable reductions in the number of deliberate fires since launching FireStoppers.”

He added: “Whether it’s wheelie bins being set on fire or cars being burned out, deliberate fires scar our local environment and present risks to the life and health of those setting the fire and anyone in the vicinity. It’s important that we do all that we can to help reduce the number of fires in our communities, thereby protecting property and lives.”

“Anti-social behaviour is a major cause for concern in Northamptonshire and arson attacks are part of that bigger picture,” asserted Stephen Mold, Northamptonshire Police, Fire and Crime Commissioner. “That’s why I’m happy to jointly fund this new initiative for the county in the hope that it reduces incidents of deliberate fires and our Fire and Rescue Service is able to focus on other work designed to keep our communities safe.”