A BAN on combustible cladding in the UK should apply to ALL new high-rise buildings, the chartered body for safety and health professionals said today. 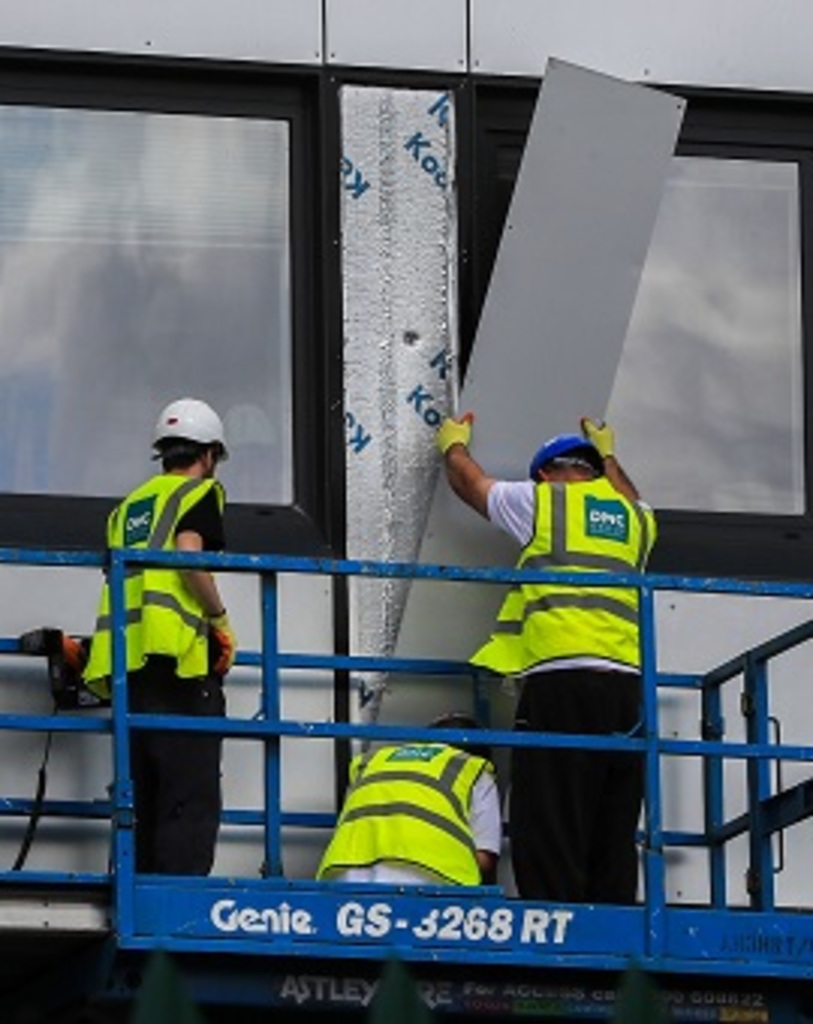 The Institution of Occupational Safety and Health (IOSH), which submitted a response to the consultation on the ban, believes it “provides some clarity and simplification” for the future built environment, but warns it “doesn’t go far enough”, with existing residential high-rises, and new offices and other buildings not covered.

IOSH previously called on the Government for urgent action to strengthen the UK system for building and fire safety in the wake of Dame Judith Hackitt’s independent review, commissioned after the Grenfell Tower fire. This includes improved fire safety regulation, guidance, enforcement and competence levels.

“Given that this will take significant time and the fact the public is very concerned about fire safety, banning the use of combustible materials on new high-rise residential buildings is a step in the right direction. It provides some clarity and simplification for the construction industry.

“But it doesn’t go far enough. In cities and towns across the UK, many people live and also work in high-rise buildings. They all need to be protected. Therefore, the ban should cover all high-rise buildings, existing and new, and both residential and non-residential.”

The ban will be implemented through changes to building regulations. It will not be applied retrospectively, where combustible materials have already been fitted. However, ministers have ordered that combustible panels are taken down as soon as possible where they are in place on tall buildings.

Mr Jones added: “Existing buildings should not remain clad in combustible materials, but should have improvement plans put in place. We also believe it is unacceptable to allow building work using newly-banned materials to start or continue, so the ban should apply to projects already underway.”

Dame Judith Hackitt, who was among key speakers, said it is vital that changes are made to the regulatory system, otherwise it is impossible to rule out another “catastrophic event” like Grenfell.

She called for a culture change in the construction industry, ensuring there is the same sense of care for those who use the buildings as those who actually build them.