A CORPORATE landlord and its management company have been hit with a record £250,000 fine following a fire at a flat in Westminster that required 13 people to be rescued firefighters. 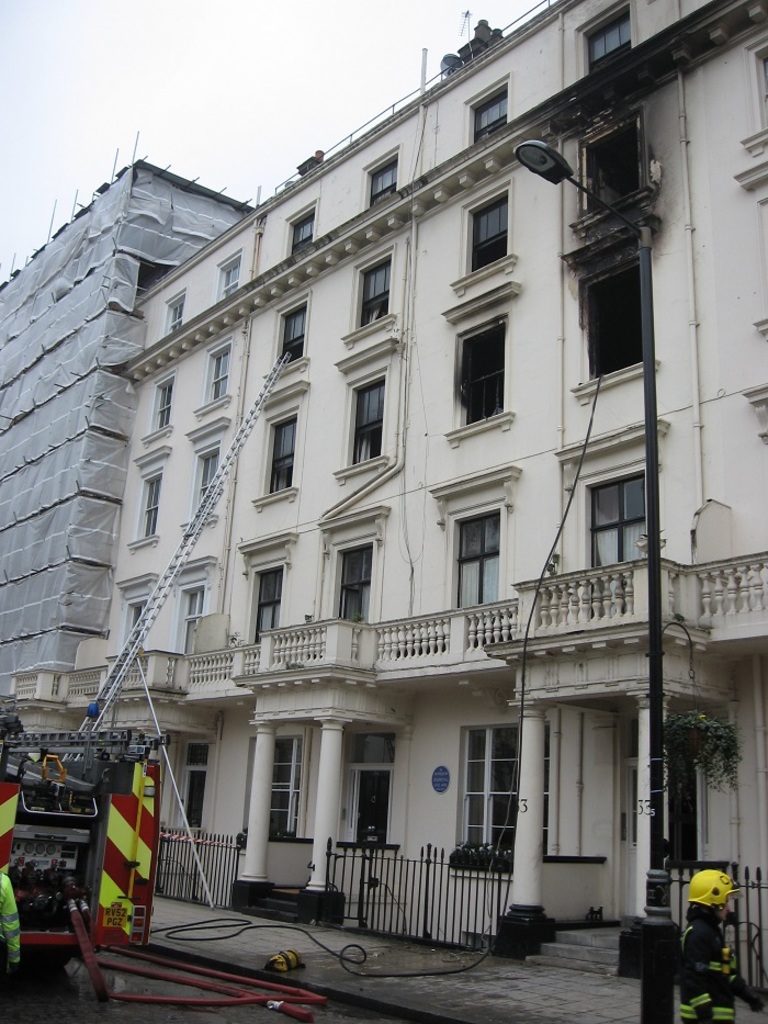 On 21 February 2011, a fire broke out at two 19th century houses on Eccleston Square, which had been converted into flats. Eight fire appliances and around 60 firefighters were called to the blaze, which ripped through the building and left its second, third and fourth floors badly damaged. Two people had to be rescued from the roof of the premises, four were rescued from the third floor and a further seven were led to safety out of the property by our fire crews.

Inspectors from the London Fire Brigade (LFB) investigated the incident and discovered numerous fire safety failings, which included doors to the individual flats had inadequate protection, there was no fire alarm or fire detection system and no fire risk assessment had been carried out.

Property owner Crownpark Investments Ltd and City Estates, which managed the six-floor terraced house conversion appeared at Southwark Crown Court on 25 May. Crownpark Investments Ltd pleaded guilty to three offences under the Regulatory Reform (Fire Safety) Order 2005 and was fined £100,000 fine plus £24,000 in costs. City Estates also pleaded guilty to the same three charges and was ordered to pay a £150,000 fine plus £25,500 in costs.

Sentencing the defendants, Judge Griffiths said the landlord and management company had been aware of the fire safety failings within the property but reacted “ by putting their heads in the sand”. He also added the building was an “accident waiting to happen.”

The fine is the biggest financial penalty handed down in a fire safety prosecution case brought by LFB relating to a single privately rented property. LFB assistant commissioner for fire safety Dan Daly said: “The landlord and management company showed utter contempt for the safety of their tenants when they so blatantly ignored the fire safety failures in the building. Hopefully the size of the fine handed down in this case will send a strong message to other private landlords who ignore their fire safety responsibilities in such a brazen way.

“This was a potentially lethal fire and it was only thanks to the skill and bravery of the crews who rescued the17 residents trapped inside that nobody died or was seriously injured. The actions of the landlord and management company not only put the lives of the property’s occupants at risk they put the lives of those firefighters sent to tackle the blaze at risk.”