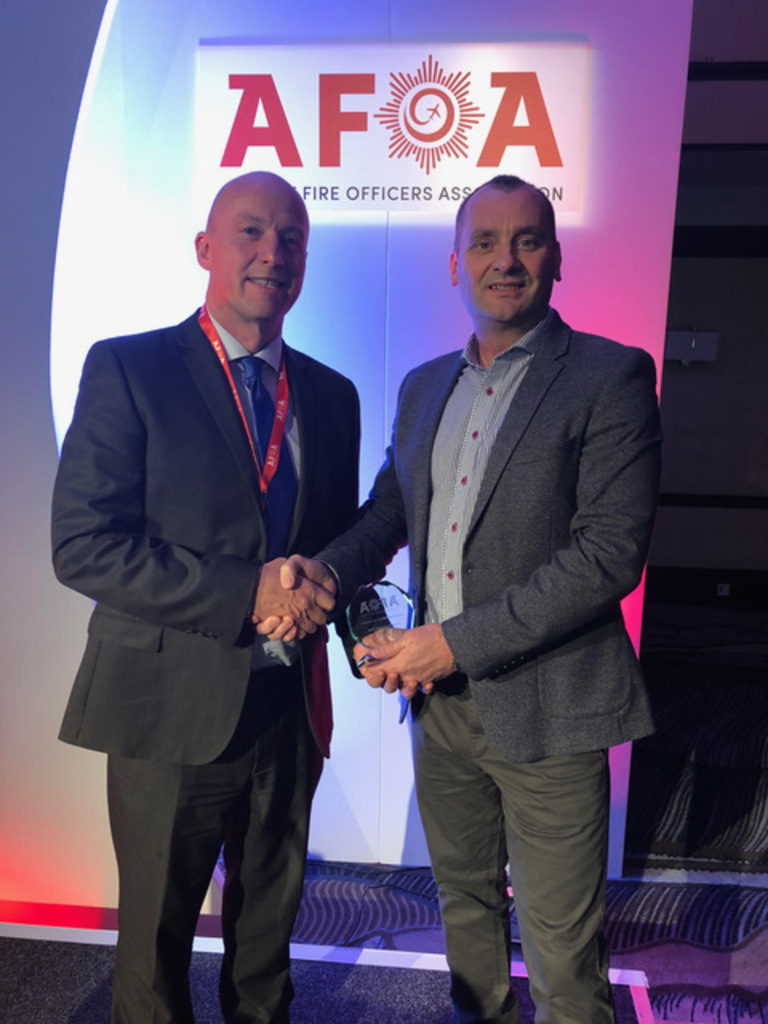 The award was presented on 12 February at the AFOA Annual Gala Dinner at the Birmingham Metropole Hotel in front of 150 industry guests.

Beginning his career with the RAF at the age of 16, Barry gained a distinguished pass in Firefighting at the Catterick Fire Training School. He has since spent over 32 years working in the fire services at both Heathrow and Gatwick airports, quickly moving through the ranks to hold the position of deputy airport fire manager at Gatwick Airport where his duties included managing a commercial operation now called Gatwick Fire. Barry also worked for 18 years as a retained firefighter with Hampshire Fire & Rescue Service.

Barry’s knowledge and experience of both private and public sector fire services has led to roles as subject matter expert at Effective Command, Dubai Airports and most recently Capita. His work with UK security services saw him nominated to the be first national inter-agency liaison officer (NILO) from the private sector and take the role of National Aviation Lead NILO sitting on the S.E. SECTU Working Group. Before joining Capita, Barry was business development manager at Surrey Fire & Rescue Services.

A longstanding AFOA committee member, Barry served as AFOA chairman between 2015 and 2016.

Presenting the award, AFOA vice chairman Simon Petts said: “I am delighted to present Barry with this highly-deserved award for his professionalism and service to the aviation firefighting industry. Barry is a brilliant networker and true enabler, always keen to share his commercial knowledge and operational expertise to bring about positive change for the benefit of the industry. He has always been a driving force behind AFOA and is held in great regard by our membership.”