Sprinklers could have saved school

A DAGENHAM school could have been saved if sprinklers had been fitted, says London Fire Brigade. 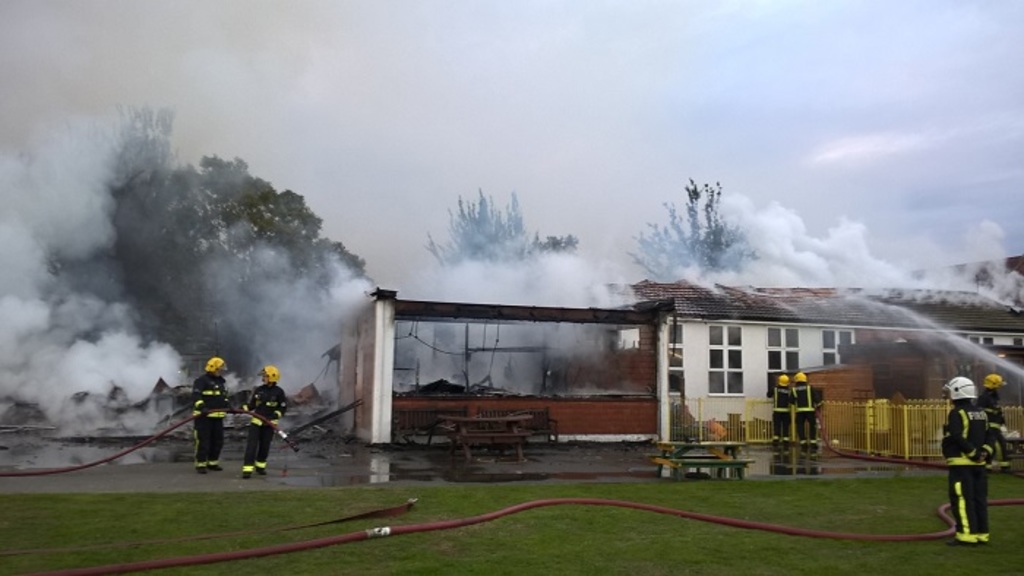 Parents of children who were due to return to Roding Primary School in Dagenham are faced with weeks of disruption as a large part of the single-storey building, which did not have sprinklers, was destroyed in the blaze.

London Fire Brigade has been campaigning for sprinklers in schools for a number of years.

Around 80 firefighters tackled the fire, which broke out in the early hours of 4 September morning. Fortunately, no one was injured.

Deputy assistant commissioner at the Brigade Lee Drawbridge, said, “There could be no clearer example of why sprinklers in schools are so important as they could have significantly reduced the damage and impact of this fire.

“Fires in schools cause major disruption to pupils’ learning and often lead to costly repair bills.

“Sprinklers use on average 90 per cent less water than hoses and so not only stop fires developing but also prevent costly water damage.

“London’s firefighters are called to more than 80 fires in schools every year and in most cases, sprinklers are not fitted – meaning millions of pounds are wasted repairing fire and water damage.

"Crews were faced with a serious blaze when they arrived at the school and worked very hard to bring it under control but given the intensity of the fire, there is unfortunately significant damage to the school.”

The Brigade is calling on the government to make sprinklers mandatory in all new school builds and major refurbishments.

Last year, the Brigade revealed that only four new and refurbished schools it consulted with had installed sprinklers. If incorporated from the design stage, sprinklers are estimated to be around 1 per cent of the total build cost.

The cause of the fire is under investigation.