Official figures from the Ministry of Housing, Communities and Local Government have revealed that the number of long term vacant properties – those empty for at least six months – across England has risen to more than 216,000, the highest level since 2012. This accounts for £53.6bn of property in England, according to an analysis by modular home and school builder Project Etopia. 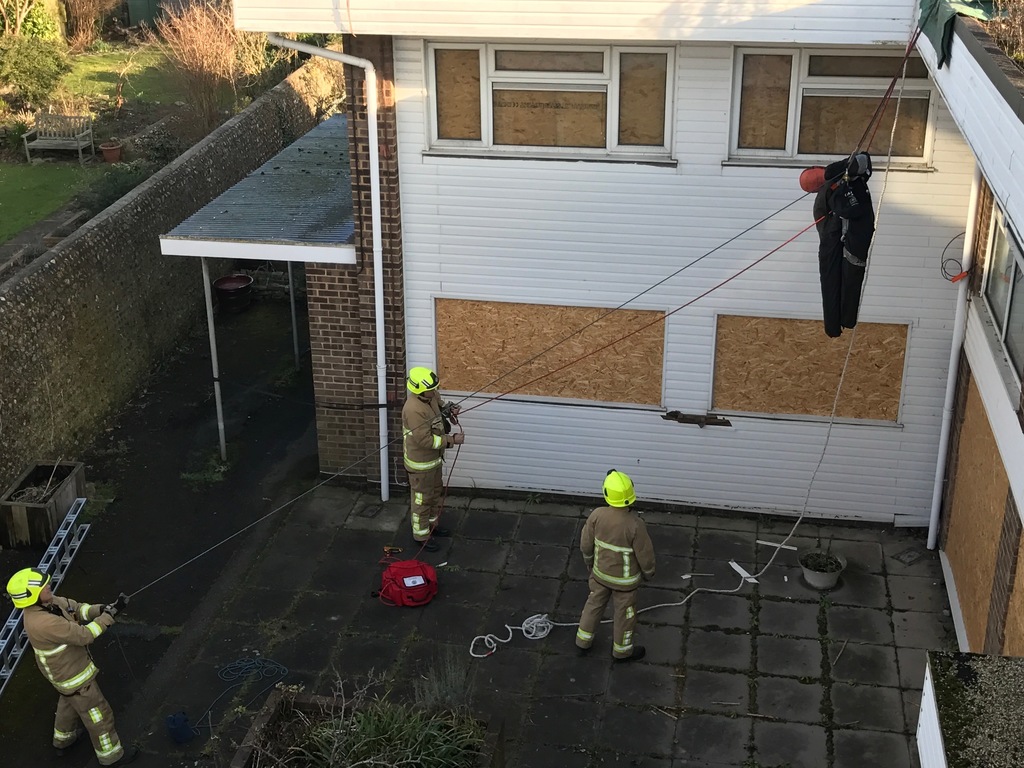 Seaside towns and cities have posted the biggest percentage rise in long-term empty homes with Portsmouth topping the table with the number more than doubling to 939 in the year to October 2018.

Local firefighters in Shoreham, West Sussex are bucking this trend by bringing one empty council property back into use to conduct their fire safety training.

Cecil Norris House in Ravens Road was sheltered accommodation until early 2019, when residents were relocated so that site surveys for a new development could be completed.

The Council recently set out its plans to demolish the site to make way for a block of one and two bedroom homes to boost Adur’s current housing stock.

Construction and property consultants Robinson Low Francis are project managing the redevelopment and brought in SafeSite Facilities to secure the property while their site design and scoping was completed.

Andrew Serby, director at Robinson Low Francis, said: “Following a fire at a separate vacant council site in the area, Shoreham Fire & Rescue Watch Manager Beth Parry-Evans approached us to discuss the use of their derelict buildings. With the full support of the council, the use of Cecil Norris House is now being used as a local training facility, providing Shoreham Fire & Rescue with a new building to really test their skills. We’ve received very positive feedback from the Fire Station about the use of the building for training drills and we will be working with them to see if further vacant sites could be repurposed in the same way.”

Watch Manager Beth Parry-Evans, Shoreham Fire Station, said: “Although our crews regularly carry out training exercises at our own facility, over time, this location can become all too familiar. I wanted my training to reflect real life emergencies where the environment is unknown. Cecil Norris House has delivered a completely unique and, crucially, unfamiliar location for our firefighters to practice critical breathing apparatus procedures, practice with new equipment and conduct incident command scenarios. Although the exercises we carry out there are staged our crews respond as they would in a genuine incident. We use real smoke, dummies and obstacles to give our crews a realistic and challenging rescue scenario. It’s essential that we routinely conduct training exercises so our crews can maintain their skills. Being able to do this in a brand new environment means we can simulate the same challenges as an unknown situation, replicating as close as possible the scenario every firefighter enters when they respond to an emergency. This facility has tested and trained crews not only from Shoreham but also from surrounding fire stations to a higher level. Future lives could be saved as a result. ”

Sales team leader, Greig McGarva, SafeSite Facilities said: “It’s not often we want to hear that people have forced entry into vacant properties that we’ve secured but in this case we were happy to make an exception! At a time where there is a national ambition to find temporary uses for vacant buildings and land, rather than let these sites lie empty, Cecil Norris House is a fantastic example of an otherwise empty space being used to improve public safety.”