Glasgow School of Art destroyed by another fire

THE SCOTTISH Fire and Rescue Service (SFRS) remains in attendance at The Glasgow School of Art, O2 ABC and adjoining buildings following a significant fire. 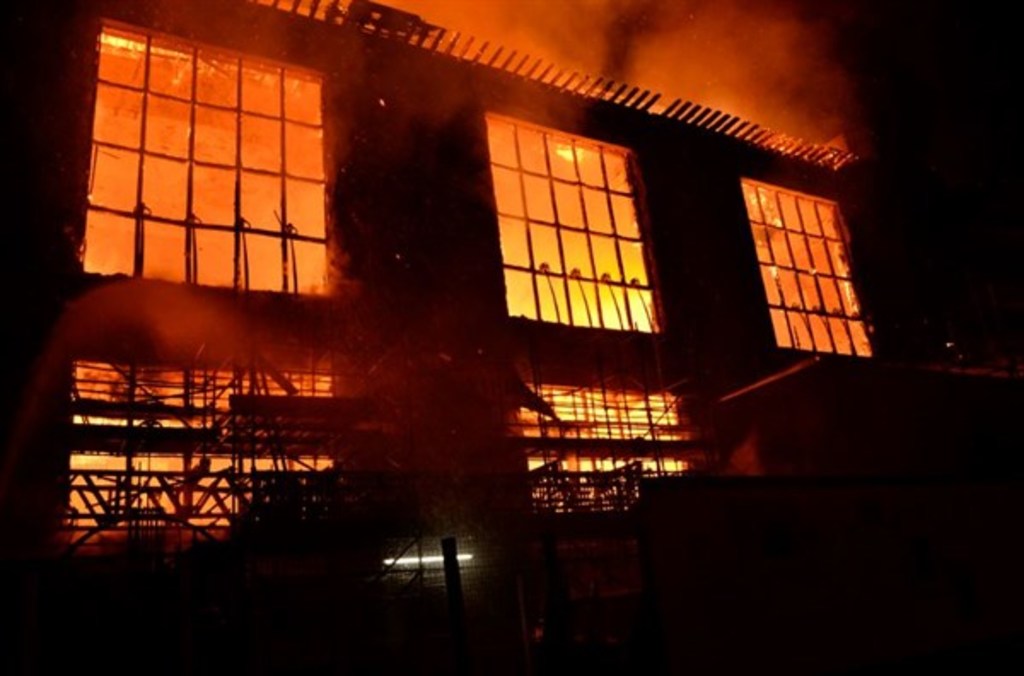 The building was under reconstruction following a fire at the premises four years ago. Around 50 firefighters and six fire engines alongside two high reach appliances are still at the scene in Glasgow city centre. Firefighters continue to concentrate efforts on all four sides of the buildings, from Dalhousie Street to Sauchiehall Street and into Renfrew Street.

The fire has now largely been contained however a few pockets of fire remain which crews are still working to extinguish. There are no reported casualties. SFRS was first alerted to the fire at 11.19pm on Friday, June 15. At its height, Operations Control had mobilised a total of 120 firefighters and 20 fire engines to the scene. SFRS group manager Martin Hill is the officer in charge of the incident. He said: “This has clearly been a protracted incident and today we are still very much in a firefighting phase.

"Our firefighters have been working effectively throughout the night and we are continuing to dampen down any remaining pockets of fire. We are also using thermal imaging cameras to identify any hidden hot spots and will continue, working alongside partners, to assess our priorities and our tactical firefighting operation over the course of the day. We will remain on the scene for as long as it takes - we are absolutely committed to preventing any further damage to surrounding properties and ensuring the area is made safe.”

Scottish Secretary David Mundell ruled out a public inquiry into the blaze "unless someone can bring forward some exceptional reason". Scottish first minister Nicola Sturgeon described the fire as “devastating”, she said: “The fire has been a devastating blaze, much worse than the one that took hold of the Mackintosh building four years ago.

"The damage is severe and extensive. My heart goes out to everybody associated with the art school."

You can see a video of the fire below.