THE OWNER of a business in Chester city centre has been ordered to pay out more than £7,000 after putting lives at risk by failing to comply with fire regulations. Mehmet Zahir Adibelli, the owner of Trinettes Hair Professionals (Chester), appeared at Warrington Magistrates’ Court on Monday 1 February after previously pleading guilty to nine breaches of the Regulatory Reform (Fire Safety) Order 2005. 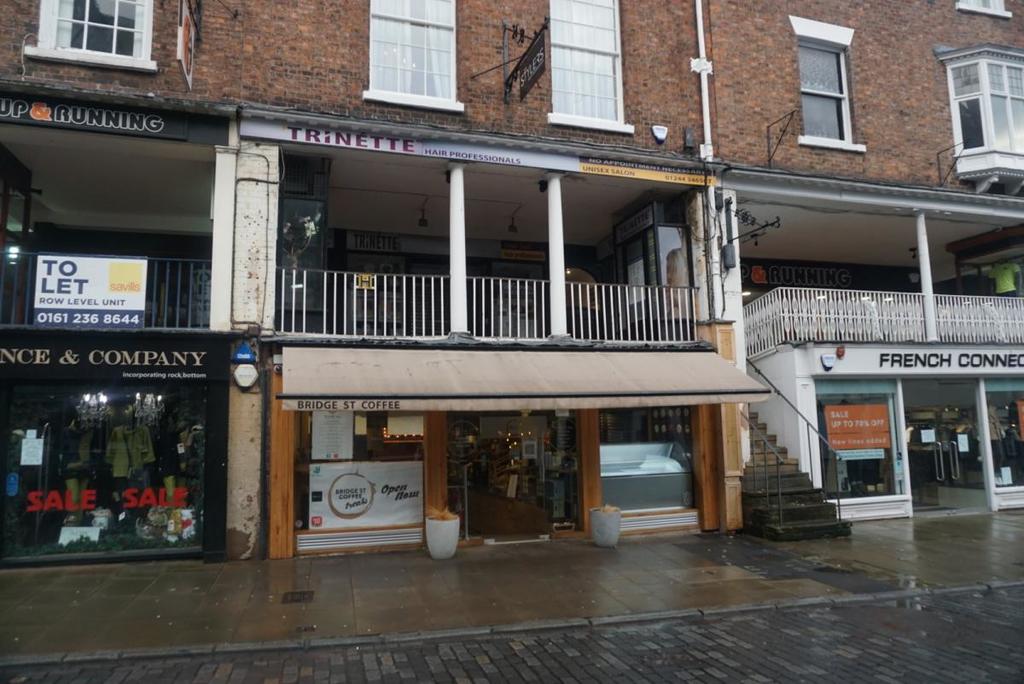 At the sentencing hearing, presiding Judge Sanders stated that the owner “had failed to set their mind towards fire safety and didn’t appreciate that these significant risks could have resulted in serious injuries or death.” Judge Sanders ordered Adibelli to pay £2,250 worth of fines (ie £250 for each breach), £5,000 in costs and £190 for as a victims surcharge.

The investigation into the business began after firefighters were called out to a water leak at a coffee shop below the hair salon on Wednesday 19 June 2019.

While in attendance, firefighters needed to access the salon to investigate the source of the leak. After entering the two-storey salon on Chester Rows in Bridge Street, crews discovered that it was being used as sleeping accommodation.

Cheshire Fire and Rescue Service’s protection team was informed and a fire safety inspection was subsequently conducted at the site. During the inspection, the team found a number of serious fire safety deficiencies which were putting the lives of customers and staff at risk. These included the absence of fire detectors throughout the premises.

The team also found that the fire extinguishers in the salon had not been serviced since 2012 and that no fire risk assessments had been conducted at the premises to help reduce the chances of a fire occurring.

Following the sentencing, station manager Stewart Martindale for the Cheshire Fire and Rescue Service, said: “The safety of people visiting and sleeping at all premises such as this is of paramount importance. It was clear from the outset of our investigation that the owner of Trinettes Hair Professionals (Chester) had shown no regard for fire safety regulations and, as a result, they were putting the lives of their customers and staff at risk.”

Martindale added: “Even the very basic fire protection tools, such as in date fire extinguishers, were absent and there was a lack of any working fire detectors and alarms. We also found that there were no records of any electrical maintenance or PAT testing having been carried out on any of the equipment at the salon. In addition, despite being a commercial building, the first floor of the premises was being used as living accommodation, with no means of escape in the event of fire.”

He concluded: “Thankfully, following on from our inspection, we were able to take immediate action against the business and remedy the unacceptable safety flaws that we uncovered. I hope that this sentencing will act as a warning to any other business owners who don’t consider fire safety to be a priority.”

Lee Shears, head of the Protection Department at the Cheshire Fire and Rescue Service, added: “We encourage all business owners to review their fire risk assessments on a regular basis and ensure adequate fire safety precautions are in place. This premises is part of the historic Rows of Chester. It’s of vital importance that fire safety is taken seriously to protect people using these buildings, remembering also that these are irreplaceable historic buildings”

Shears concluded: “Cheshire Fire and Rescue Service aims to help and support any business to operate safely and to protect heritage buildings from fire. Action will be taken when companies choose not to treat fire safety as a legitimate and important business requirement. All companies are urged to take their fire safety obligations seriously in order to avoid prosecution.”