FIREFIGHTERS HAVE extinguished a large fire in an industrial silo with help from the latest in firefighting technology. 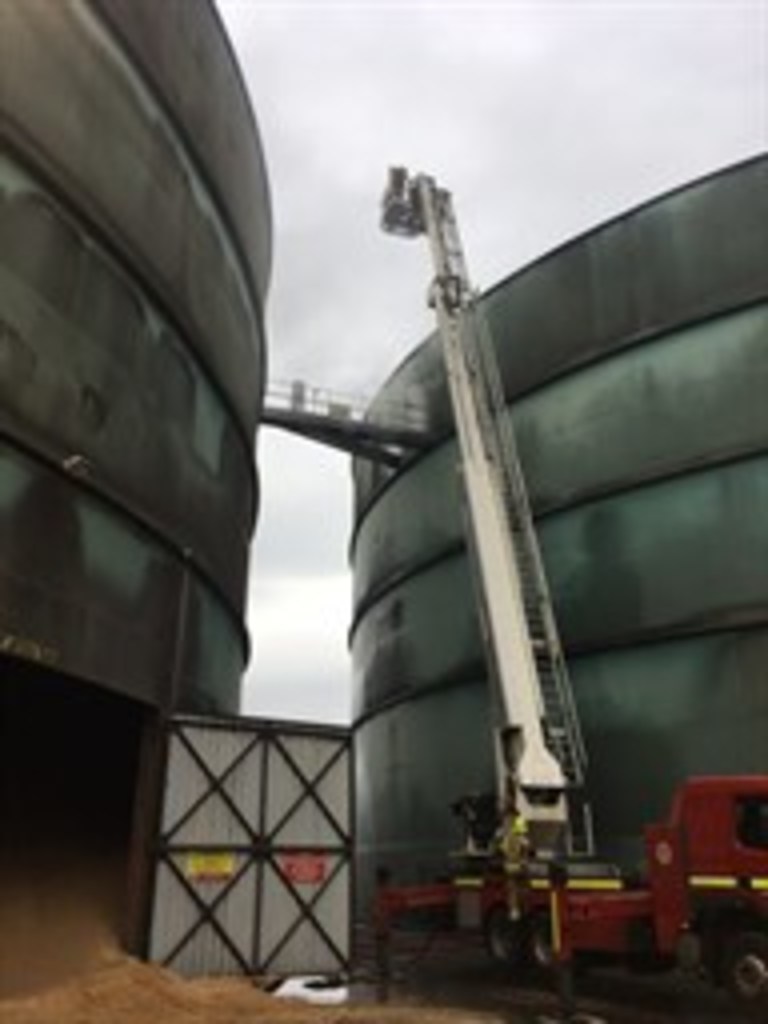 The Scottish Fire and Rescue Service were in attendance at the large fire that took hold within the silo containing more than 14,000 tonnes of wooden pellets at Cromarty Firth Industrial Estate in Invergordon.

The incident marks one of the first times crews have used recently introduced Ultra High Pressure Lances on the frontline to protect communities.

Retained firefighters from Foyers used the lance to safely bore a hole through the 20mm steel wall of the silo – injecting water straight into burning embers buried under tonnes of material and halting the spread of the fire.

Crews have now been on the scene for four days after Operations Control mobilised a number of fire engines and an aerial appliance to the scene when the alarm was raised at 10.50pm on Monday, November 19.

Crews and site staff are now working to empty the silo to dampen down any remaining hotspots and one fire engine remains in attendance.

Area manager Rab Middlemiss is the local senior officer for the Highland area. He said, “This was and continues to be a challenging incident due to the large quantity of flammable material that we are working to dampen down.

“The fire was brought under control quickly in the early stages of the incident, and our crews were able to prevent any further damage to nearby buildings.

“The use of proven UHPL technology was instrumental in allowing crews to safely get to fire and large hotspots that were otherwise completely inaccessible – eliminating the need for crews to dig through burning materials to reach the smouldering pellets and preventing further fire spread.

“Crews will remain on scene for some time to monitor the remaining material within the silo, and eliminate remaining hotspots.”

He added, “The community can rest assured that there is currently no risk to the public, and my thanks goes to the crews, our partners and the staff at the site for their continued support.”