IAIN COX, chair of the Business Sprinkler Alliance, has urged that lessons from school fires must be learned sooner rather than later. Cox’s words of warning emanate at the start of a new academic term where a primary school in Wiltshire has already suffered from a major fire. 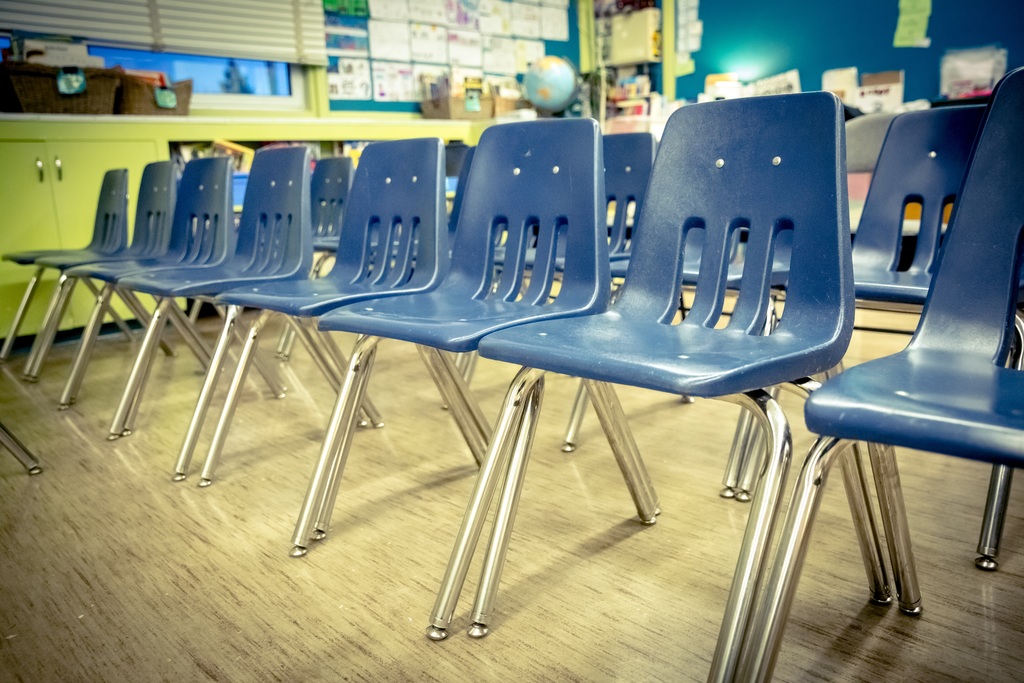 Following 18 months of pandemic disruption, students at the school near Pewsey will now face a further period of uncertainty following the blaze which required 70 firefighters to attend the scene and bring the flames under control.

The fire occurred at the Woodborough Church of England Primary School on Friday 17 September. Ten crews of firefighters and an aerial platform from the Dorset and Wiltshire Fire and Rescue Service were brought in to deal with the emergency.

While the Fire and Rescue Service skilfully managed to bring the incident under control, there was extensive damage realised to two classrooms and also a Staff Room located in the Victorian part of the school. Sprinklers had not been fitted at the premises for fire suppression purposes. As a direct result of this episode, circa 160 pupils have now been temporarily displaced.

Ben Ansell, chief fire officer at the Dorset and Wiltshire Fire and Rescue Service, is calling on the Government to make sprinkler systems mandatory in all new build and refurbished schools.

Ansell stated: “As a Fire and Rescue Service, we will continue to promote the installation of sprinklers in new and refurbished school buildings. I know that our specialist fire safety team will be working with the management of the Woodborough Church of England Primary School to explore all available options for keeping the site safe from fire in the future.”

Iain Cox observed: “The Government acknowledges that missing lessons has an impact on attainment at key stages, but at the same time is proposing the requirement for automatic sprinkler protection be removed from its BB100 design guide for most new school buildings. The impact of school fires such as this one and the disruption that they cause can worsen students’ results. The Government’s own statistics affirm this.”

The blaze in Wiltshire comes less than a year after three primary school fires in Derbyshire that, to date, have resulted in rebuild costs totalling £27 million (encompassing Fire and Rescue Service costs along with the need for temporary accommodation and alternative travel). None of these schools were sprinkler protected. Installing such fire suppression measures is estimated to cost between 2% and 3% of total build costs. “It’s a small price to pay to save a vital community building,” suggested Cox, “and protect continuing education and achievement levels for pupils.”

Continuing the core theme, Cox noted: “Often, people miss the point that fires don’t have to damage an entire school to cause disruption. It’s all about educational space. The loss of two classrooms at the Woodborough Church of England Primary School cannot simply be made up by using alternative space. There just isn’t enough capacity within the school.”

The damage to the remainder of the school from such a significant fire means that it will remain out of action for a prolonged period of time. “Some may assume that schools are designed to withstand the risks to which they will be exposed whether through fire, flood or theft, etc,” urged Cox. “Too often, though, buildings will be conceived without due consideration as to the impact of those risks during their lifespan.”

According to a 2020 research study conducted by Zurich Municipal, the education sector insurer for 50% of schools and universities across the UK, schools in England have been hit by 2,300 fires in the past five years alone. The business estimates that 390,000 teaching hours could be lost in the next 12 months as a result of large fires, causing disruption for 28,000 children.

Cox concluded: “When you consider the huge costs associated with school fires such as rebuilding, temporary relocation, the loss of equipment and the impact on attainment when it comes to pupils’ academic work, why are we not learning the lessons from these fires and continuing to build schools without key resilience measures such as sprinkler systems being installed?”

The Business Sprinkler Alliance was established in 2010. It’s an alliance of fire safety professionals working to protect UK plc against fire. The Alliance aims to highlight the true cost of fire and increase the number of business premises that have automatic fire sprinklers fitted.

Further, the Business Sprinkler Alliance is driving a cultural change such that sprinklers are understood and accepted as being the norm for active fire protection in UK business buildings.