TYNE AND Wear Fire and Rescue Service (TWFRS) is reminding businesses of their duty to comply with regulations for safely selling and storing fireworks, as a Newcastle man is sentenced for breaching the conditions of his licence. 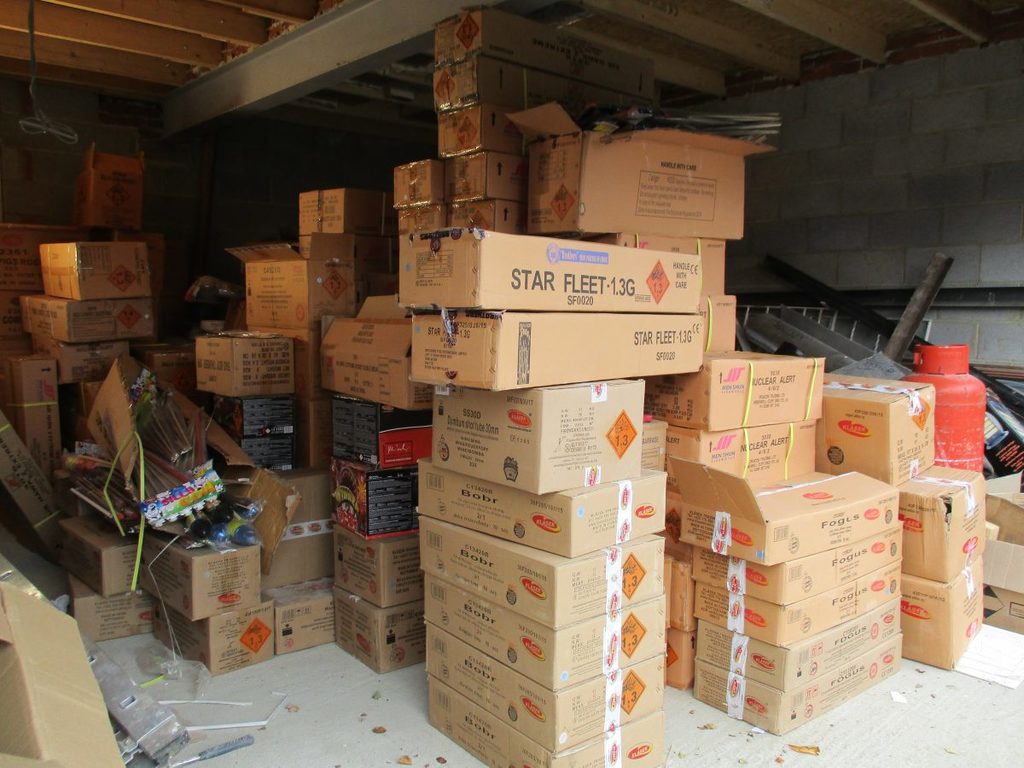 In October 2017, TWFRS fire safety officers visited The Burnside, West Denton to inspect various commercial and domestic properties owned by Mr Yaseen Ashraf and members of his family. Although Mr Ashraf had a valid licence for storing fireworks containing up to 75kg of explosive material at one of the properties, the inspectors found that he:

After discovering these breaches, TWFRS revoked Mr Ashraf’s licence and seized approximately 200 boxes of fireworks – believed to be worth around £15,000. On 27 September 2019, Mr Ashraf pleaded guilty to four charges related to breaches of the Explosives Regulations 2014.

TWFRS Assistant Chief Fire Officer Alan Robson said: “What our Fire Safety Inspectors found at The Burnside was irresponsible and dangerous. By law, the amount of Hazard Type 3 and 4 explosives present at the unlicensed premises should have been stored at least 47m from all dwellings, shops and public buildings. Instead, Mr Ashraf kept them within a terraced row of shops with flats above, putting the lives of dozens of people at risk.”

On 15 November 2019, Mr Ashraf was sentenced at Newcastle Crown Court. He received an 8 month custodial sentence suspended for 18 months and was ordered to carry out 150 hours of community service, as well as paying £850 in costs.

ACO Robson continued: “The custodial sentence handed down in this case highlights the seriousness of this breach of safety regulations. We hope that today’s outcome will act as a reminder to all retailers that the consequences of storing and selling fireworks without a licence – or breaching the conditions of your licence – can be severe.”

To apply for a licence, businesses must contact TWFRS who will arrange to inspect their premises within 28 days. If their application is approved, they can sell fireworks during certain times including the Bonfire period (15 October to 10 November) and the New Year period (26-31 December). Only traders with a separate annual licence can sell fireworks all year round.

ACO Robson concluded: “We’d also like to remind members of the public to only buy fireworks from reputable retailers, as there’s no guarantee that fireworks bought online or from unlicensed sellers meet the required safety standards. If you suspect that someone is selling or storing fireworks illegally, please contact us.”