UNDERLINING THE business’ commitment and implementation of the highest standards of cyber security protection, barox Kommunikation AG (the manufacturer of professional video switches, media converters and IP extenders specifically designed for video applications) has confirmed that its RY-28 Series Managed Ethernet switch range devices can be configured to protect security networks and third party devices (such as cameras and servers) from Ripple20 cyber attacks. 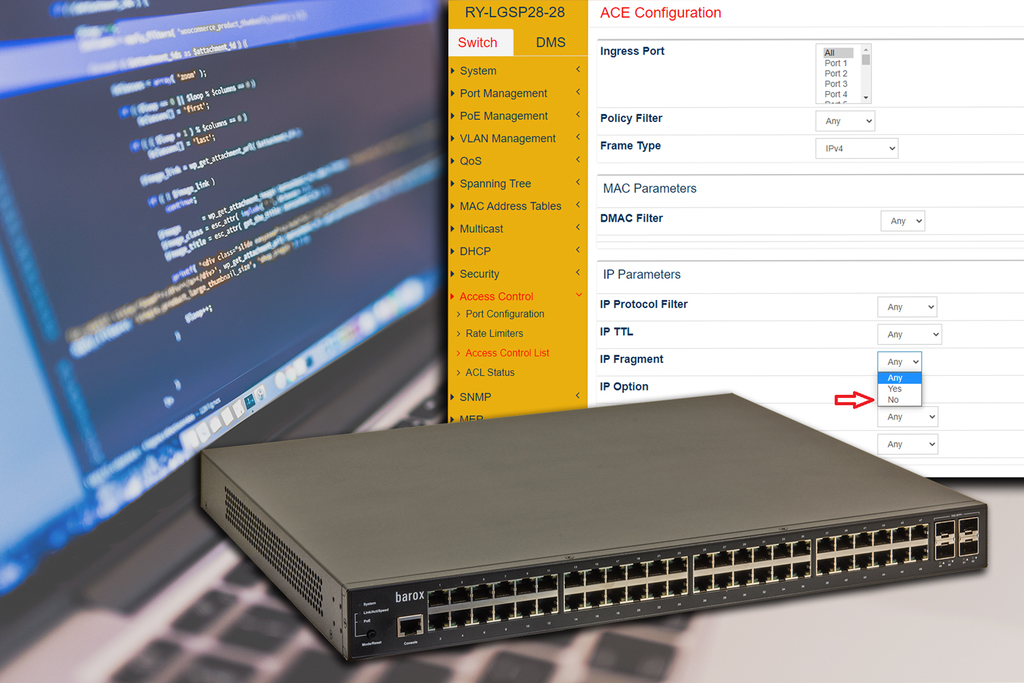 A set of 19 vulnerabilities in a low-level TCP/IP software library, Ripple20 poses an immediate threat and, if weaponised, could allow remote attackers to gain complete control over targeted devices without requiring any user interaction.

Recently discovered by the JSOF research lab, Ripple20 is a series of multiple zero-day vulnerabilities in TCP/IP stacks that are widely embedded in Internet of Things (IoT) devices globally. The vulnerability is to be found in a proprietary TCP/IP communication stack designed for embedded devices and real-time operating systems. A basic networking element, it’s a building block for any device that works over a network.

The worldwide problem is that it’s not known which embedded TCP/IP stacks are vulnerable. IoT, USB and server devices affected are widespread, right down to printers, light bulbs and Smart metering.

Hacker news released recently stated that Ripple20 flaws ‘put billions of Internet-connected devices at risk of hacking.’ Developed by Treck Inc in the USA, Ripple20 has been discovered in home, consumer, enterprise, telecom, nuclear, transportation and oil and gas devices across critical infrastructure, with real-time embedded protocols and embedded device adoption dating back to 1997.

Furthermore, a single component could be infiltrated to ripple out to other network devices. Devices can be made to malfunction, with major international vendors potentially being affected.

Highlighting the issue to security installers and system designers alike, Rudolf Rohr (barox’s co-founder and managing partner) explained: “To protect devices and networks from Ripple20 vulnerabilities, you need to have a purpose-specific filter configured to never accept fragmented UDP. With the barox RY-28 Series switch, deep cyber protection can be configured to automatically detect and stop fragmented UDP thanks to its built-in Access Control List switch menu options. This blocks fragmented UDP and protects networks and their devices, such as IP cameras, VMS and servers, from any illegal and unwanted access.

Rohr went on to comment: “It’s also important to create network segmentation via the switch. With this defensive measure, barox is mitigating impact, helping installers and end users to safeguard their networked security systems against potential Ripple20 threats.”