The Fire Safety Bill had its third reading – offering a chance for members in the House of Lords to make sure the eventual law is effective, workable and without loopholes – on Tuesday 24 November. Just nine days later, Fire Safety Matters ran a webinar in conjunction with Blackhurst Budd Solicitors to unravel the detail underpinning this planned new legislation. Brian Sims reports 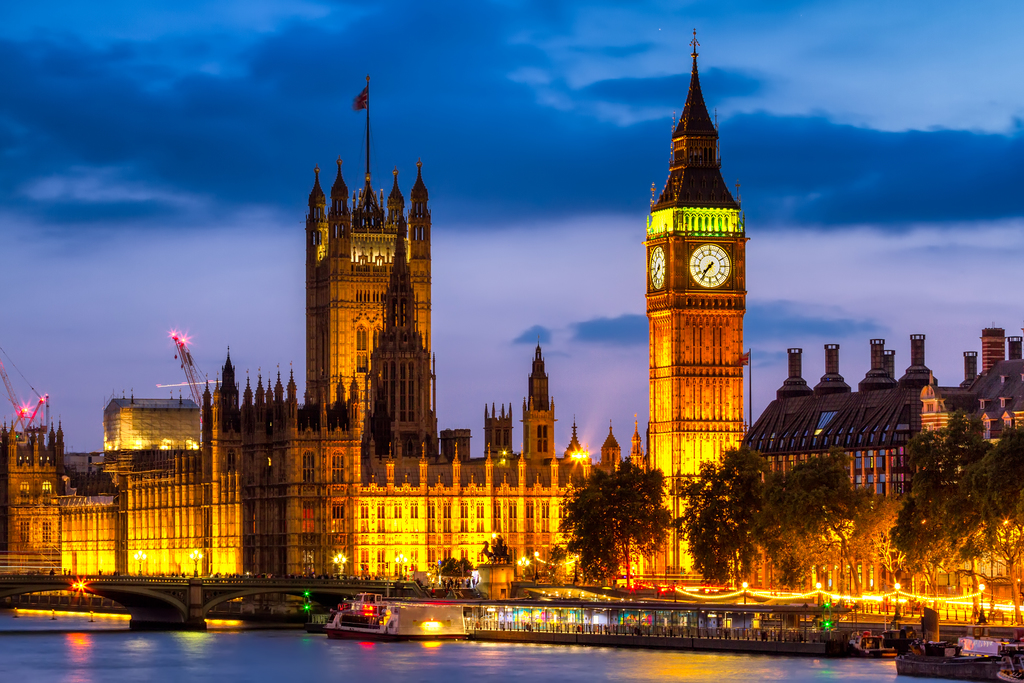 THE PROPOSED Fire Safety Bill is intended to make sure that residents of high-rise buildings feel safer in their homes by significantly reducing fire risks. It was specifically crafted as a response to the Grenfell Tower tragedy in a bid to ensure horrific events akin to those that transpired on 14 June 2017 never occur again. In essence, the Bill is all about minimising fire risk by dint of safety issues being properly managed.

Assuming that the Fire Safety Bill successfully passes through all of the necessary Parliamentary stages and comes into force, the expectation is that it will be dubbed the Fire Safety Act 2020 and become an amendment to the Regulatory Reform (Fire Safety) Order 2005 (ie the Fire Safety Order).

In a bid to unravel the detail behind the myriad headlines and soundbites, Fire Safety Matters recently joined forces with Blackhurst Budd Solicitors in delivering a webinar on the subject. Chaired by Western Business Media’s CEO Mark Sennett, the online event – held at 10.30 am on Thursday 3 December and lasting for over two hours – featured excellent presentations and thought-provoking viewpoints from Warren Spencer (managing director at Blackhurst Budd), James Aird (a solicitor at the same legal practice with a keen interest in fire safety law) and leading barrister Joseph Hart from Manchester’s Deans Court Chambers who has been involved with over 50 Crown Court cases centred on the Fire Safety Order (FSO), either prosecuting or defending.

The webinar – which ran under the heading ‘Legal Update: The New Fire Safety Bill’ – contained five main sections as follows: outlining the basics of the Fire Safety Bill, information relating to prosecutions, the extent of individuals’ obligations, specialised housing and the sentencing landscape.

Detail behind the Bill

“The Fire Safety Bill is intended to apply to nearly all commercial premises,” asserted Warren Spencer. “There will be insertions to the FSO once the Bill is passed into law. The talk is about bringing in Paragraph 1a and 1b to Article 6 of the FSO. 1a: Where a building contains two or more sets of domestic premises, the things to which this Order applies are the building’s structure and external walls, any common parts and all doors between the domestic premises and common parts. 1b: The reference to external walls includes doors or windows in those walls and anything attached to the exterior of those walls (including balconies).”

Spencer stated: “From a lawyer’s point of view, if this is all that’s going to be added it’s something of a missed opportunity. These amendments are a direct consequence of Grenfell. That’s obviously a good thing, but it’s only providing clarification for what I believe already exists in the FSO. 1a is helpful from the point of view of clarification, but in my opinion those areas were always covered by the FSO.”

The reference to external walls is also a clear consequence of Grenfell. “Other areas need to be looked at by the Government,” observed Spencer. “A definition of domestic premises would help. What exactly is a private dwelling? How do you define it? Further, the way in which the FSO deals with the identification of ‘Responsible Persons’ is complex and unnecessarily so. The merging of Article 3 and Article 5 would help to address that situation. There’s also no substantive Article specifically dealing with fire spread, while the definition of a competent person would benefit from review. That last point is vital as it brings into play the subject of third party certification.”

Another significant aspect is the combination of the Fire Safety Bill and the Building Safety Bill. There will be crossovers. On that note, Spencer continued: “Section 61 of the Building Safety Bill talks about appointing an ‘Accountable Person’. I think this emanates from the wish of Dame Judith Hackitt to have a ‘golden thread of information’. The difficulty here is that the definition of an ‘Accountable Person’ isn’t the same as that for the ‘Responsible Person’. It seems to me that there will not be a single individual accountable for a given building. Also. It’s only talking about higher-risk buildings. That’s omitting other types of building where we all know there are problems in relation to fire safety. Inevitably, building management companies and those responsible for maintaining premises will be inolved in the mix.”

Clearly, there will have to be a healthy degree of co-operation and co-ordination between ‘Accountable Persons’ and ‘Responsible Persons’.

Touching briefly on a controversial topic – that of the EWS-1 Forms currently plaguing fire risk assessors and fire safety engineers alike – Spencer commented: “In my view, this is a commercial requirement rather than a legal one. The Government has stepped in and stated that the EWS-1 Form isn’t necessary for those buildings without cladding. The problems around these documents are arising primarily for mortgage lenders and insurers.

Next to speak was Spencer’s colleague James Aird, who began by reviewing key fire prosecution and enforcement statistics from March 2009 through until March 2020. Since the FSO was introduced back in 2006, according to the Government’s statistics there have been 720 cases prosecuted, with Blackhurst Budd Solicitors involved in over 200 of them.

In terms of FSO Articles prosecuted between 2009 and this year, Aird revealed that the most commonly prosecuted Article is Article 14 (focused on keeping emergency exits clear at all times) followed by Article 8 (relating to general fire precautions, fire spread and compartmentation) and Article 9 (itself concentrating on fire risk assessments). Spencer duly corroborated that the national statistics reflect the experience of his own company’s caseload.

When it comes to prosecutions by premises, it’s often difficult to define those premises. What’s confusing is the way in which different Fire and Rescue Services might define certain types of premises. “Shops are the most prosecuted in the Government’s figures,” outlined Aird, “but for our cases it’s Houses in Multiple Occupation.” Interestingly, licensed premises and HMOs are second and third in the official Government statistics.

The West Midlands Fire Service is the clear leader in terms of prosecutions by Fire and Rescue Services between 2006 and 2009. In second place is Greater Manchester, with Greater London in third. In short, ‘The Big Three’. “Some choose to work alongside local businesses rather than go down the enforcement route,” chipped in Spencer. “Prosecution is also time-consuming, with funding for Fire and Rescue Services now a major issue. Between 2013 and 2019, their budgets have been cut by around a third.” Given that Fire and Rescue Services are now being monitored on performance, though, there’s a clear expectation that prosecution figures will burgeon going forward.

HMOs are not workplaces and governed by the Housing Act, but Fire and Rescue Services have taken it upon themselves to prosecute in this area. Further, once the ‘Responsible Person’ has been established, other ‘persons with control’ of the premises have to be considered. This issue is dealt with in Article 5 of the FSO.

Aird proceeded to divulge the types of people/organisation prosecuted in Blackhurst Budd’s cases, with property owners, landlords, managing agents, local authorities, duty staff managers, designated premises supervisors (of licensed premises), fire alarm engineers, fire risk assessors, pub chains and care home owners among them. “Plenty of the contracts we’re sent in relation to cases don’t actually specify anything to do with fire safety and the FSO. Ultimately, it’s all about creating clarity between the ‘Responsible Person’ and the Article 5 person.”

Concluding this segment of the webinar, Spencer said: “You don’t want verbal agreements on obligations. They need to be documented in writing. Obligations are typically contained in Terms and Conditions, contracts, tenancy/leasing agreements, Service Level Agreements and management agreements. Are your fire risk management responsibilities made clear and have you the necessary disclaimers in place? Is your contract in terms of what you’re being asked to do in relation to fire safety absolutely clear?”

Does the FSO apply to sheltered housing (ie retirement housing)? Possibly. Extra care housing (ie where there’s on-site care and support typically on a 24-hour basis)? Probably. Supported housing (ie groups of vulnerable persons living as one)? Again, probably. “What has to be accepted here is that the FSO may not apply,” urged Spencer. “Fire safety officers have trouble with this concept. They want to protect people, but often find that they cannot take any direct action. In this instance, all they can do is express concern.”

In Scenario 1, the FSO probably doesn’t apply. It’s a workplace, yes, but first and foremost a privately-owned dwelling. The owner is likely to have full control and responsibility for fire safety issues. There are unlikely to be fire safety duties owed to the residents. In Scenario 2, though, the FSO probably does apply. If 24/7 care is given there are likely to be resident needs in terms of evacuation. It’s a workplace and there are likely to be duties between the carers and the residents. Ultimately, there’s a need to check the care plan to determine fire safety obligations.

Spencer explained: “Fire officers shouldn’t try to shoehorn a given premises into the scope of the FSO if the latter doesn’t apply. In supported housing, where funding levels for support are controlled by persons other than the care provider (eg commissioning groups), those persons might be regarded as duty holders under the FSO by control over the number of persons nominated to assist with evacuation.”

Sentencing and the FSO

A graduate of Corpus Christi College Oxford, Joseph Hart joined Deans Court Chambers in 2000. Although both a prosecutor and defender in cases handled to date, Hart’s practice is predominantly about defence-centric work.

“There’s a developing understanding in the courts about the importance of fire safety,” began Hart. “That pre-dates Grenfell. You can see that, as Health and Safety-related issues are more and more in the public eye now, the courts have developed a more aggressive attitude when it comes to sentencing in fire safety-related cases. One change that has occurred is that there’s no longer a need to explain why fire safety is so important. Grenfell has certainly been instrumental in this regard.”

When Hart first began prosecuting and defending fire safety cases, it was generally about small shops, small commercial premises and small hotels. Having prosecuted such businesses successfully, fire authorities then become more and more eager to take on the big players. “Having dealt with the smaller entities,” observed Hart, “the inspectors have also become more confident about what they’re looking for and also more competent as time has passed.”

Hart’s view of the world is that the fines for proven FSO breaches are only going to increase, with the larger corporate organisations targeted. Of the 200 cases prosecuted by Blackhurst Budd (as outlined by James Aird), 30 of them produced custodial sentences (24 of which were suspended). Circa 90% of the individuals prosecuted by Hart have received custodial sentences.

During sentencing, the court will consider culpability, risk of harm, the number of persons exposed to risk, whether the offence caused actual harm and the defendant’s income. Culpability for corporate responsibility can be very high (ie a deliberate breach of the law), high, medium or low (ie where the defendant didn’t fall too far short of the appropriate standards). Tellingly, if a company taking the stand isn’t forthcoming with its financial information, the court may choose to infer that any level of fine is possible.