HUNDREDS OF thousands of leaseholders will now be protected from the cost of replacing unsafe cladding on their homes. Housing Secretary Robert Jenrick has unveiled a five-point plan designed to provide reassurances for homeowners and bring confidence to the housing market. 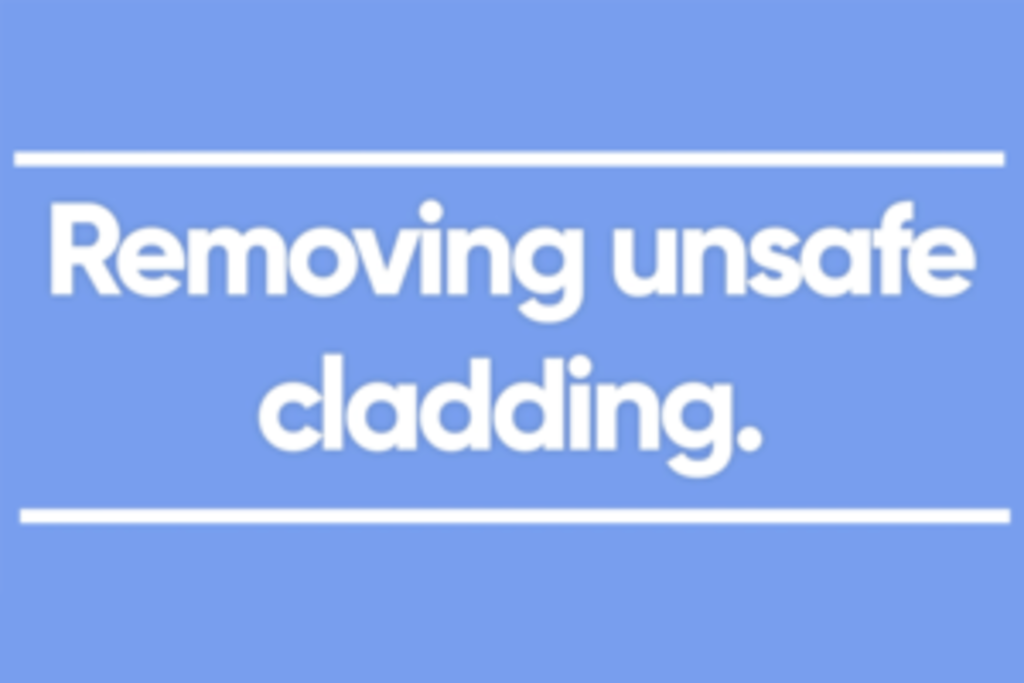 With an unprecedented £5 billion investment in building safety, including £3.5 billion announced on Wednesday 10 February, the Housing Secretary has confirmed to the House of Commons that the Government will wholly fund the cost of replacing unsafe cladding for all leaseholders in residential buildings of 18 metres (ie six storeys) high and over in England.

This will ensure funding is targeted at the highest risk buildings in line with long-standing independent expert advice and evidence. Home Office analyses of Fire and Rescue Service statistics show that buildings between 18 and 30 metres in height are four times as likely to suffer a fire with fatalities or serious casualties than apartment buildings in general.

Lower-rise buildings, with a lower risk to safety, will gain new protection from the costs of cladding removal with a generous new scheme offered to buildings between 11 and 18 metres high. This will pay for cladding removal where it’s needed through a long-term, low interest, Government-backed financing arrangement.

Under the scheme, no leaseholder will ever pay more than £50 per month towards the removal of unsafe cladding. This will provide reassurance and security to leaseholders, while mortgage providers can be confident that, where cladding removal is needed, properties will be worth lending against.

The Government is working with industry to reduce the need for EWS-1 Forms, preventing leaseholders from facing delays and once again allowing hundreds of thousands of homes to be sold, bought or re-mortgaged.

The Housing Secretary has also announced plans to introduce a ‘Gateway 2’ developer levy. The proposed levy will be targeted and apply when developers seek permission to develop certain high-rise buildings in England.

In addition, a new tax will be introduced for the UK residential property development sector. This will raise at least £2 billion over a decade to help pay for cladding remediation costs. The tax will ensure that the largest property developers make a fair contribution to the remediation programme, reflecting the benefit they will derive from restored confidence in the UK’s housing market. The Government will consult on the policy design in due course.

Further, the Government will protect future generations from similar mistakes by bringing forward legislation this year to tighten the regulation of building safety and to review the construction products regime to prevent malpractice arising ever again.

Robert Jenrick stated: “This is a comprehensive plan to remove unsafe cladding, support leaseholders, restore confidence to this part of the housing market and ensure this situation never arises again. Our unprecedented intervention means the hundreds of thousands of leaseholders who live in higher-rise buildings will now pay nothing towards the cost of removing unsafe cladding.”

He continued: “Remedying the failures of building safety cannot solely be the responsibility of taxpayers. That’s why we will also be introducing a levy and tax on developers to contribute to righting the wrongs of the past. These measures will provide certainty to residents and lenders, boosting the housing market, reinstating the value of properties and ensuring that the process of buying and selling homes is back on track. We’re working with lenders and surveyors to make this happen.”

In conclusion, Jenrick observed: “Our landmark intervention will make homes safer and free those who did the right thing – saving for years to book their place on the property ladder – to enjoy the homes in which they have invested so much.”

Joe Garner (CEO at the Nationwide Building Society) responded: “Nationwide welcomes the £3.5 billion grant funding the Government has announced to ensure the cladding on peoples’ homes is safe and to protect those within. This is a decisive step forward which we hope brings some relief to people worried about the safety of their homes. Supporting those who find themselves living in this difficult position could not be more important. We look forward to working with Government, lenders and other interested parties to understand the details and implement the initiative as quickly as possible.”

The Government will work closely with industry to design an appropriate scheme. Further details on that scheme, including eligibility and the claims process, will be provided in the coming weeks.

The Grenfell Tower tragedy laid bare failings in the building industry dating back 30 years. This latest set of announcements is a further step by the Government to bring about the biggest changes to building safety in a generation, ensuring people are safe – and feel safe – in their own homes.

The measures build on steps already taken to support leaseholders, including £1.6 billion of funding to remediate unsafe cladding, the £30 million Waking Watch Relief Fund to help end unfair and excessive costs and new legislation in the Building Safety Bill which will ensure homes are made and kept safer in future.