BIG-HEARTED firefighters have raised more than £50,000 for a charity that helped support their former colleague. 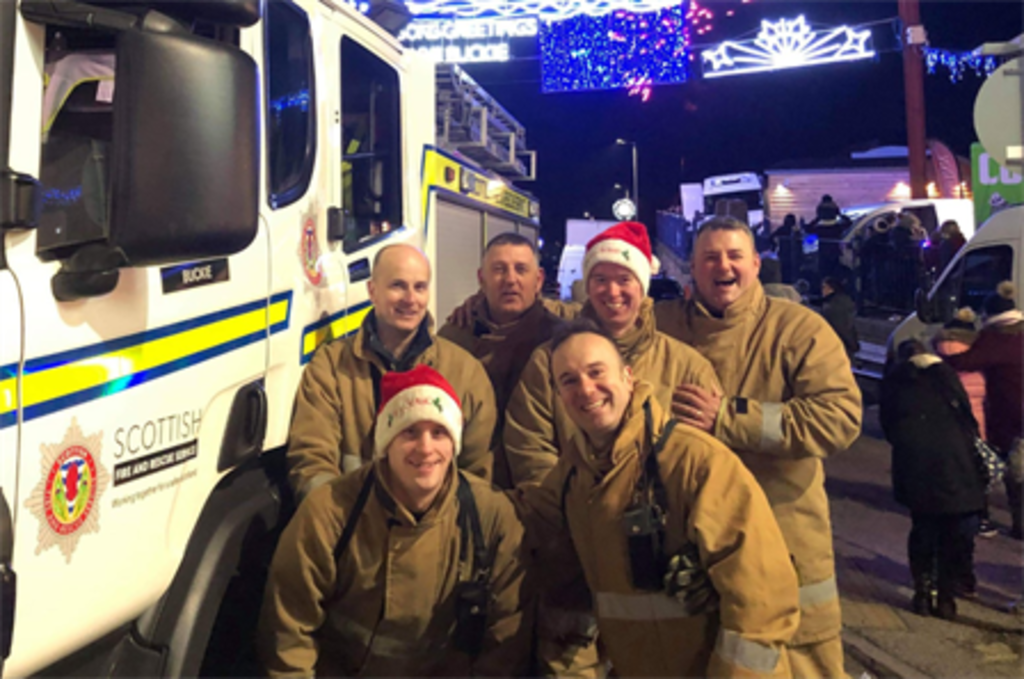 Crews at Buckie Fire Station participate in an annual charity mission each Christmas, visiting local towns and businesses in their festive-themed fire engines.

The heart-warming tour has proven to be a huge success with tens of thousands of pounds raised for the Fire Fighters Charity, as well as local causes, since 2006.

The Buckie crew was inspired to raise funds after their friend and former colleague was aided after suffering injury.

Watch Manager Dougie Annand was one of those inspired to help launch the venture.

He revealed, “Our former colleague was supported by the Fire Fighters Charity to return to work after suffering an injury.

“He spent two weeks at the charity’s rehabilitation centre in Penrith and came back to work for a further 11 years - before retiring in October.

“After that, we decided we should do whatever we could to support the charity because they are a great cause and we are proud to help support them.”

The station’s charity tour has become a recognised part of Buckie’s preparation for Christmas, with adults and children turning out in their droves to welcome the delighted crew.

Such is the popularity of the event, Watch Manager Annand and his crewmates are continually blown away by the level of support and funds raised.

After more than three decades of service to his community, Watch Manager Annand is set to retire in March.

The experienced firefighter is extremely proud to have worked to keep his community safe, but also to have helped raise thousands of pounds for charity and bring smiles to the faces of local people for more than a decade.

He reflected, “The community is always very supportive and their generosity is constantly amazing.

Ian Findlay is the Scottish Fire and Rescue Service’s Local Senior Officer for Aberdeenshire and Moray.

He said: “I’d like to take this opportunity to thank our firefighters at Buckie Fire Station for their sustained charity efforts.

“Their commitment has helped raise a phenomenal amount of money for charity and the wider community.

“Thanks must also go to the community of Buckie, and surrounding areas, who amaze us each and every year with their generosity.”