AN INVESTIGATION conducted by the National Audit Office (NAO) into the remediation of dangerous cladding on high-rise buildings shows that progress is being made by the Government in the wake of the Grenfell Tower fire. However, the pace of works has been faster in some types of building than others, while progress in the private residential sector has been slower than the Government expected. 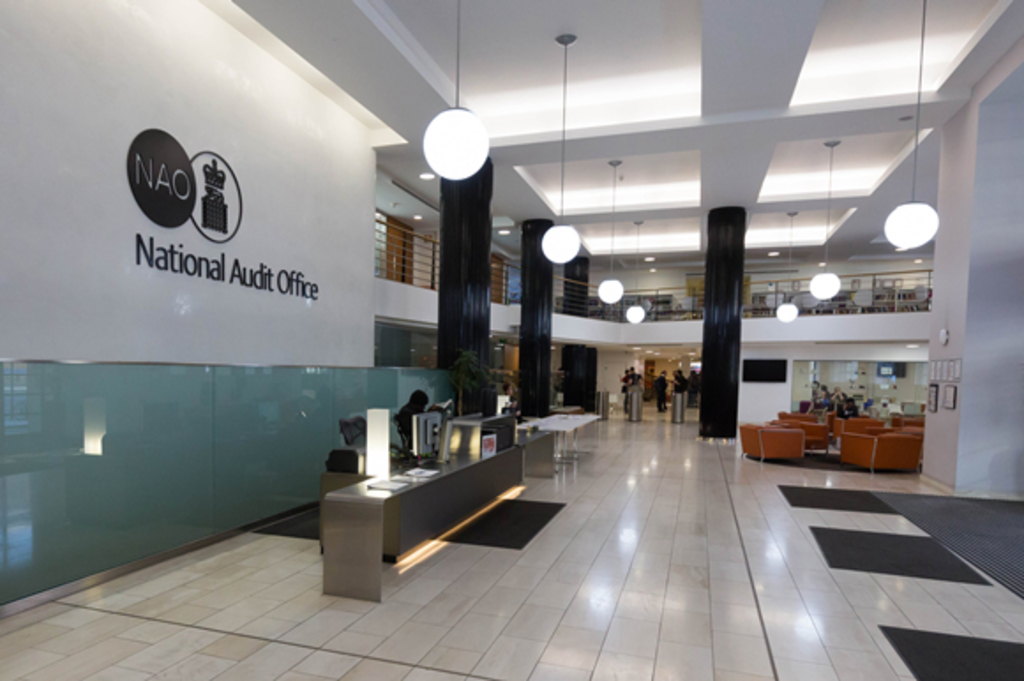 In the wake of the Grenfell Tower fire, the Ministry of Housing, Communities and Local Government (MHCLG) established the Building Safety Programme. One of the latter’s main objectives is to ‘oversee and support the remediation of high-rise residential buildings that have unsafe aluminium composite material (ACM) cladding’.

By April this year, 149 of the total 456 buildings which are 18 metres and above and have unsafe ACM cladding systems had been fully remediated, leaving 307 where remediation was not yet finished. Of those, work had yet to begin on 167 structures.

The pace of remediation has been fastest in the student accommodation and social housing sectors, but slowest in the private residential sector. By April 2020, 66.7% of student accommodation blocks and 46.8% of social housing buildings had been fully remediated compared to 13.5% of private sector residential buildings. Progress in the private sector has been slower because those legally responsible for private buildings have been difficult to identify and have required more support than expected.

The MHCLG estimates that all buildings within scope of its funding will be remediated by mid-2022, with over 95% completed by the end of 2021. This is later than the expectation set in July 2019 by the (then) Secretary of State that “other than in exceptional circumstances, building owners should complete remediation […] by June 2020.” This does not take account of the impacts of COVID-19.

There are early signs that the pandemic has slowed the pace of remediation work, with up to 60% of projects that were under way paused by April this year. At the time of this investigation, the MHCLG had assessed how its timeframe for completing remediation will be affected by the pandemic.

Not all buildings with dangerous ACM cladding fall within scope of the Government’s existing funding schemes for the social and private housing sectors. This includes high-rise hotels, student accommodation and build-to-let blocks, as well as buildings below 18 metres. The MHCLG is aware of seven build-to-let properties over 18 metres with unsafe ACM cladding which are not eligible for funding because the private sector funding scheme is designed to avoid the costs of remediation being passed on to leaseholders.

In the case of build-to-let properties, the MHCLG believes that building owners have a clear legal and financial obligation to pay for remediation themselves.

The MHCLG’s Independent Expert Advisory Panel has advised that the most dangerous forms of ACM cladding are unsafe on buildings of any height, and that risks are increased in those buildings playing host to elderly and vulnerable residents. The MHCLG estimates that there are circa 85,000 buildings in England between 11 and 18 metres in height, but does not know what cladding systems they have, nor whether there are any care homes under 18 metres with unsafe cladding. It will begin collecting data on buildings between 11 and 18 metres this summer.

To access the funding schemes, building owners must demonstrate they have made a reasonable attempt to meet or recover costs without having to charge leaseholders (for example, by paying from their own resources or through insurance, warranty claims or legal proceedings). The MHCLG expects that, in many cases, it could take building owners several years to recover costs in legal proceedings. By February this year, the MHCLG had recouped £0.8 million from the private sector and a further £6.4 million from the social sector where building owners had successfully reclaimed costs from original contractors.

The MHCLG expects to pay for 94 projects (out of 208) in the private sector where the developer or building owner has not agreed to fund remediation themselves. The owners of 84 private sector residential buildings have committed to fund remediation, with a further 23 self-funded through warranty claims. Seven buildings have not agreed a funding route. In the social sector, the MHCLG has committed to fund 139 (out of 154) residential buildings.

The MHCLG intends to commit the £1 billion in full by the end of March 2021, but the administration of this new scheme may present significant challenges given how demanding it has been to manage the existing ACM funding schemes, which are just over half the size of the new fund.

Gareth Davies, head of the NAO, commented: “The MHCLG has made progress in overseeing the removal of dangerous cladding from many buildings, particularly so in the social housing sector. However, the pace of progress has lagged behind its own expectations, notably so in the private residential sector. It has a long way to go to make all high-rise buildings safe for residents. Going forward, it’s important that the MHCLG successfully manages the administrative challenges of funding building owners to carry out remediation work, particularly given its intention to commit a further £1 billion in full by the end of March next year.”

“Too slow and too weak”

The Fire Brigades Union (FBU) has responded to the NAO investigation into the UK’s flammable cladding issue, condemning the Government’s action to remove dangerous cladding as being “too slow and too weak”. The Trade Union has called on the Government to requisition any building that the owner will not make safe.

Matt Wrack, FBU general secretary, said: “This report confirms much of what we already know. Government action on removing flammable cladding has been too slow and too weak. Buildings far beyond those covered in the Building Safety Programme are at risk, while Fire and Rescue Services don’t have the investment needed to enforce new safety regulations.”

He continued: “It should shame this Government that it’s now not expected to remove the same cladding that was on Grenfell Tower from high-rise homes until a full two years after its own deadline and five years since the tragedy itself. The Coronavirus pandemic is no excuse. The pace of cladding remediation has been glacial from the start. Even without the months that have been lost, the deadline was likely little more than a PR gimmick.”

In conclusion, Wrack commented: “Attempts to make building owners pay for remediation have clearly failed. The Government should now requisition any building that the owner will not make safe.”