Peter Baker is at the very forefront of establishing the new Building Safety Regulator within the Health and Safety Executive and leading on the delivery of a stronger and more robust safety regime for higher risk residential developments. Brian Sims unearths more of the underpinning detail in conversation with the newly appointed Chief Inspector of Buildings 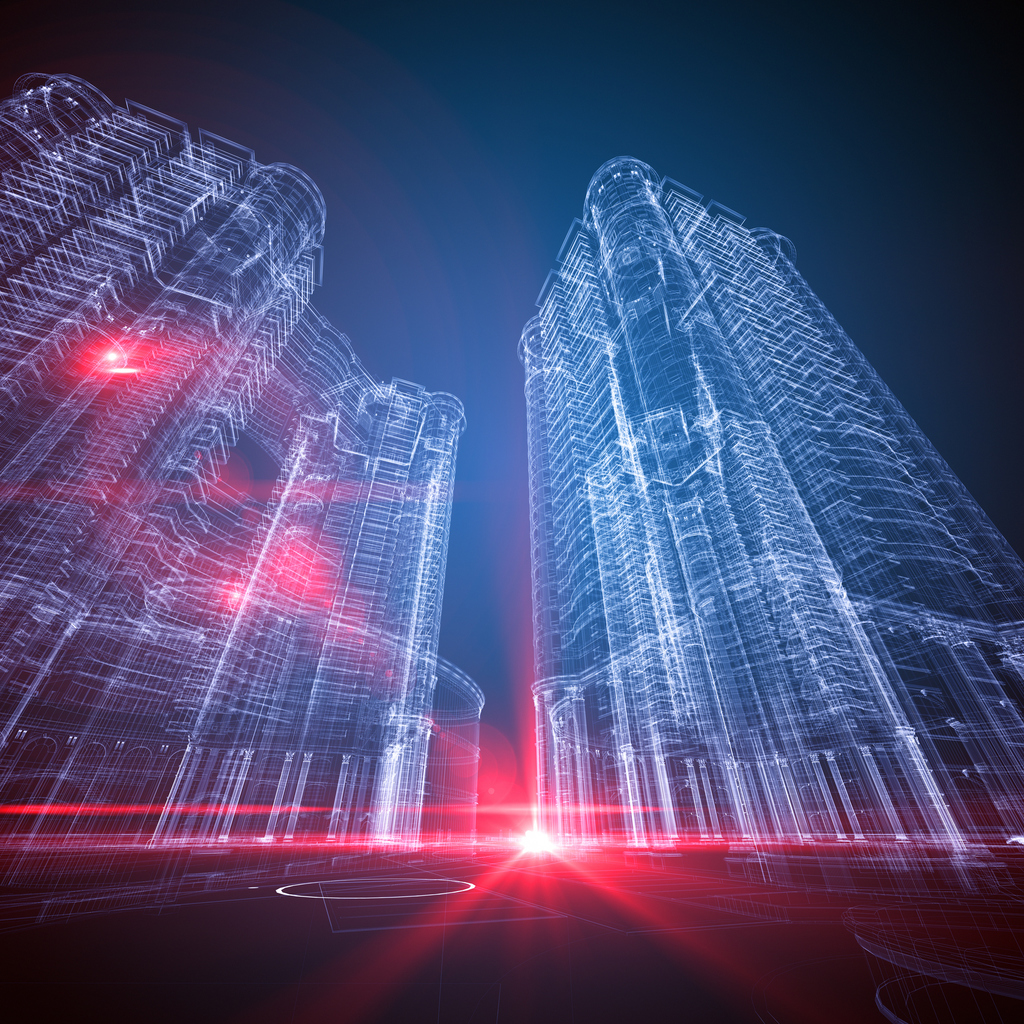 THIRTY FIVE-plus years working for one organisation is a remarkable and commendable achievement. It shows great commitment to the cause. That’s the standout detail on the CV of Peter Baker, a man who has diligently served the Health and Safety Executive (HSE) across the past three decades and more as an inspector and also in a number of senior operational roles dealing with a wide range of industries, among them construction.

Having led the HSE’s regulation of onshore chemicals and the downstream oil industries for a number of years, during which time there was reform of the regulatory framework for those industries following the Buncefield Oil Storage Terminal fire in Hemel Hempstead, Baker was appointed as the HSE’s Chief Inspector of Construction in 2015. That role saw him assume responsibility for workplace Health and Safety within the construction industry.

From 2017, this highly astute professional was then tasked with leading the HSE’s involvement in the Government’s Building Safety Programme energised, of course, in the wake of the Grenfell Tower fire.

“When the tragedy at Grenfell happened and the Government response started to gear up,” observed Baker, “along with a number of colleagues at the HSE, I became involved in the support of Dame Judith Hackitt’s Independent Review of Building Regulations and Fire Safety. Once the Secretary of State announced early last year that the new Building Safety Regulator was going to be set up within the HSE, I’ve since been leading the development of the operational infrastructure, systems and approaches we’re going to need to be in place for that point when the legislation comes into force following Parliament’s due consideration of the Building Safety Bill.”

Establishing and leading an all-new Building Safety Regulator as the Chief Inspector of Buildings is no small task. What, in Baker’s view, will be the key focal points for transacted project work across the next few months?

“I can break that down into three broad areas,” replied Baker. “First of all, of course, it’s about establishing the new Building Safety Regulator such that it can operate at scale once the legislation’s in place. It’s worth reminding everyone that the role of the Building Safety Regulator will not solely be focused on higher risk residential buildings. The new regime will have two other broader functions as well. One is to have oversight of – and also lead and encourage an improvement in – the competence of everyone working in the built environment. It’s also about having oversight of the built environment and the regulatory systems as a whole, anticipating new technologies and also new risks as they emerge and advising the Secretary of State and Government. Necessarily, we’ll also involve the public and the private sector in discussions.”

The second aspect of Baker’s priorities is engagement with industry. “I’m the face and the voice of the new Building Safety Regulator. I’m already engaging with the construction sector and the landlord industry to make sure everyone’s ready for what’s coming. The new regulatory regime will probably be here sooner than people think. Those impacted need to be ready for the new ideas, the new concepts and the new approaches. There’s much work to be done with industry so that everyone’s prepared for the new regime.”

Last, but by no means least, the third – and, in Baker’s eyes – most important element is engaging with residents. Pulling no punches, Baker stated: “Let’s be frank here. They’ve lost confidence in the existing system. My role as Chief Inspector of Buildings and head of the building control profession is to re-establish that engagement and start to build residents’ confidence in the new regulatory regime as we move forward.”

At present, the Government, residents and other stakeholders obtain their advice and support on building and fire safety standards from a range of sources including Government itself (through the Ministry of Housing, Communities and Local Government and the Home Office), regulators, local authorities and established sources, the latter including the Building Regulations Advisory Committee.

“What’s envisaged for the future,” continued Baker, “is that the Building Safety Regulator will be at the very heart of that advisory capability to support everyone working in the built environment. We will co-ordinate and provide expert advice on a whole range of matters relating to it. Part of the programme we’re running in the HSE to establish the Building Safety Regulator will necessarily involve fashioning new research and intelligence networks, but also establishing a new Building Advisory Committee to assist us with that independent advisory role.”

The aforementioned competence of industry professionals and businesses is something we’ve focused on in great detail within the pages of Fire Safety Matters across the last 12 months and more. What are Baker’s own views on the competence landscape as it stands at present and, by extension, what changes does he firmly believe need to be implemented in a concerted bid to ramp up standards?

“The competency landscape at the moment is very crowded,” suggested Baker, “but that’s understandable because, of course, both the construction and the building owner/landlord sectors are now incredibly diverse. The construction industry itself operates on long supply chains with lots of companies and players supporting the development, construction and refurbishment of buildings. Inevitably, raising competency levels will be a complex ask. So far, the industry has stepped up to the plate across a range of competence-focused Working Groups to start to really unearth the key issues around the capacity, capability and competence of the construction and landlord sectors.”

Baker is particularly encouraged by the British Standards Institution’s work aimed at setting out a framework and core competence criteria to help out all key elements within the sector such that the issue of competency might be approached in a consistent manner. “I know from my time with the HSE how important it is that people working in safety-critical jobs need to be competent and have the necessary skills and knowledge to hand. They also need the right experience and behaviours to be able to do their job properly. That then protects themselves and others impacted by their work.”

Another feature of the new regulatory regime is taking the learning from the workplace, in particular referencing the Construction, Design and Management Regulations whereby clients, designers, contractors and building owners collaborate to ensure the competence of everyone involved in the life cycle of a given building. Many of the concepts espoused in the Construction, Design and Management Regulations, in fact, are translated within the pages of the Building Safety Bill.

Both the Fire Safety Act 2021 and the Building Safety Bill are, according to Baker, “absolutely crucial” parts of what he refers to as the Government’s “roadmap of reform” aimed at strengthening and reinforcing the regulatory framework. Ultimately, the key goal is to prevent a disaster like that which occurred at Grenfell Tower from ever happening again.

“For me,” explained Baker, “there are a number of features of both pieces of legislation which are really important. The first is that the new legislative regime under the Building Safety Bill will set out some very clear roles and responsibilities for duty holders. Who’s responsible for what is now addressed. The legislation also reinforces a really important principle which is that those who create the risk are then responsible for managing and controlling it. This will be a very common feature of the new regulatory regime.”

Allied to that is the role of the Building Safety Regulator itself. Rather than being a part of the planning and checking process on behalf of duty holders, it will be wholly independent of those who create the risk.

“The Building Safety Regulator is there to hold the duty holders to account and make sure they’ve done what’s required,” asserted Baker. “It will be a proportionate and goal-setting regime displaying a proportionate and goal-setting approach towards risk. This is really beneficial when it comes to the more complex building systems and the need for looking at risk holistically rather than individually against technical standards.”

What are the key deliverables Baker would wish to see realised during his term of office? “Success for me will mean that there’s an effective, efficient, proportionate and risk and evidence-based Building Safety Regulator in place that stands up ready to implement the new reforms mandated under the Building Safety Bill. That’s primarily where all of the HSE’s attentions are necessarily focused at the moment and for obvious reasons.”

Further, he outlined: “Industry will need to see a Building Safety Regulator that’s responsive and proportionate, but also firm and fair in the way in which it enforces the new building safety requirements so that companies have full confidence we are keenly dealing with the really important matters. The Building Safety Regulator must be one with which they can engage, but they must also be fully conscious of the fact that we will hold people to account wherever performance is found to be lacking.”

Very much in step with Dame Judith Hackitt’s own pronouncements, Baker wants to see a “determined shift in culture” across the whole of the construction and building owner/landlord sectors such that they respond positively to the new regime. “Here, for me, success would be seen in terms of a step change in culture, performance and behaviours being demonstrated right across the board.”

Once again, what’s most important for Baker is what residents will see. “They will be able to identify the duty holder who’s responsible for ensuring their safety. They’ll also have access to more information about the building in which they live. They’ll be engaged by building owners and landlords in terms of how to manage risk and feel some degree of ownership around this. From a regulatory perspective, they’ll have confidence that there’s an external independent mechanism in place such that, if any of their concerns cannot be dealt with through the established processes and procedures the building owner has in place, they can go outside of that and the Building Safety Regulator will step in on a proportionate basis where necessary.”

The fervent hope is that residents will start to have – and hold – a solid confidence in the regulatory regime which, ostensibly, has been designed to protect them to the extent that they are perfectly safe – and, just as importantly, feel safe – in their homes. As part of the much-heralded biggest change to building safety in four decades, that would be a fitting tribute to those who so tragically lost their lives in London in June 2017.