PASSIVE FIRE protection is for life safety and works well if it is designed, specified and installed safely and correctly, according to Niall Rowan of the Association for Specialist Fire Protection (ASFP). 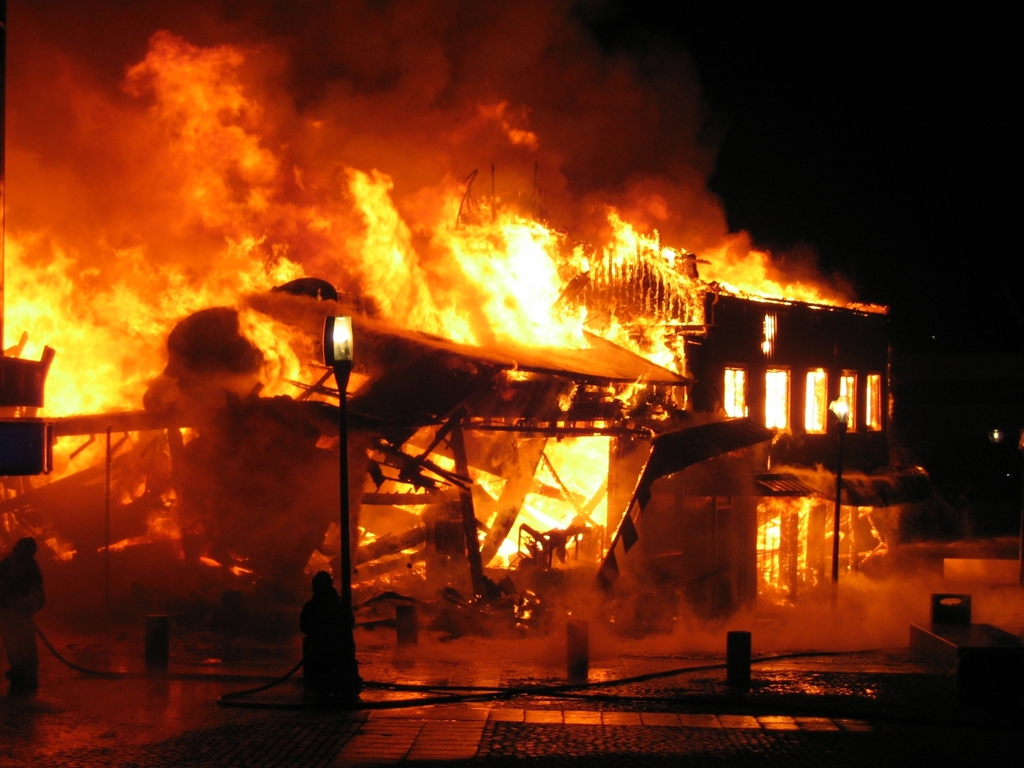 Niall left the audience in the Fire Safety Keynote Theatre at the Fire Safety Event in no doubt as to the importance of measures like reactive coatings and compartmentation in containing the spread of fire in buildings.

To back up his claim that PFP does work, Niall showed a series of photographs of buildings that had suffered a major fire but avoided being completely destroyed thanks to the likes of fire doors and intumescent seals and coatings.

He also had plenty of examples of bad practice, however. He said: “I’ve seen compartment walls that don’t go all the way up to the ceiling, PU foam just sprayed from the can into holes, bunches of plastic overshoes and cement bags used to block up gaps between fire doors and the walls. It’s all down to ignorance in installation.”

He cited the example of City Tower, in London’s Docklands. “This is a 17-storey block of 164 luxury apartments, each costing a small fortune. Nevertheless, the fire-stopping systems were inadequately installed, PU foam was used liberally as an ad-hoc remedial solution, and there was no traceability of installation or products used.”

Niall’s biggest bugbear is PU (polyurethane) foam. He explained: “This is hailed as instant fire protection in a tin but I’m here to tell you it’s not! Yes, it says on the tin that it will protect up to four hours in the event of a fire, but that’s only in a linear gap – small width, long depth. We tested foam-based fire-stopping and the time to failure was just nine minutes. It was supposed to be an hour.”

He then enumerated the reasons for bad installation of fire-stopping measures. These include the fact there is no bar to entry for PFP installers, there is not enough inspection, enforcement or third-party certification, and the fixation on price rather than quality. The involvement of multiple contractors and action by follow-on trades were also cited as major issues in this respect.

The solution to this, according to Niall, is third-party certification. This can be provided for products and installers and the latter, said Neil, would make the biggest difference. He continued: “We need certified installers because, among many other reasons, construction errors are often not noticed and ordinary builders often don’t understand fire issues. By using a certified installer, or specialist contractor, you know they are members of a recognised scheme, they only use tested and certified products, they have been properly trained and they are inspected by a certification body.”

Another thing that would make a big difference, Niall pointed out, is if the various parties involved talked to each other more. He said: “We live in a world of silos. You have the designer, builder, inspector, insurer and manager, and none of them consults with the other. No wonder there are problems!”

In an effort to address this issue, the AFSP held a round-table discussion last year, which decided that a ‘plan of work’ needed to be developed for fire, with buy-in from all the professionals involved. This plan is now in development, along with supporting guidance highlighting what needs to be done and by whom. The aim is to publish it this year, concluded Niall.