Niall Rowan comments on a recently published report, which highlighted failures in the quality of construction and fire-stopping installation in a number of Edinburgh schools. 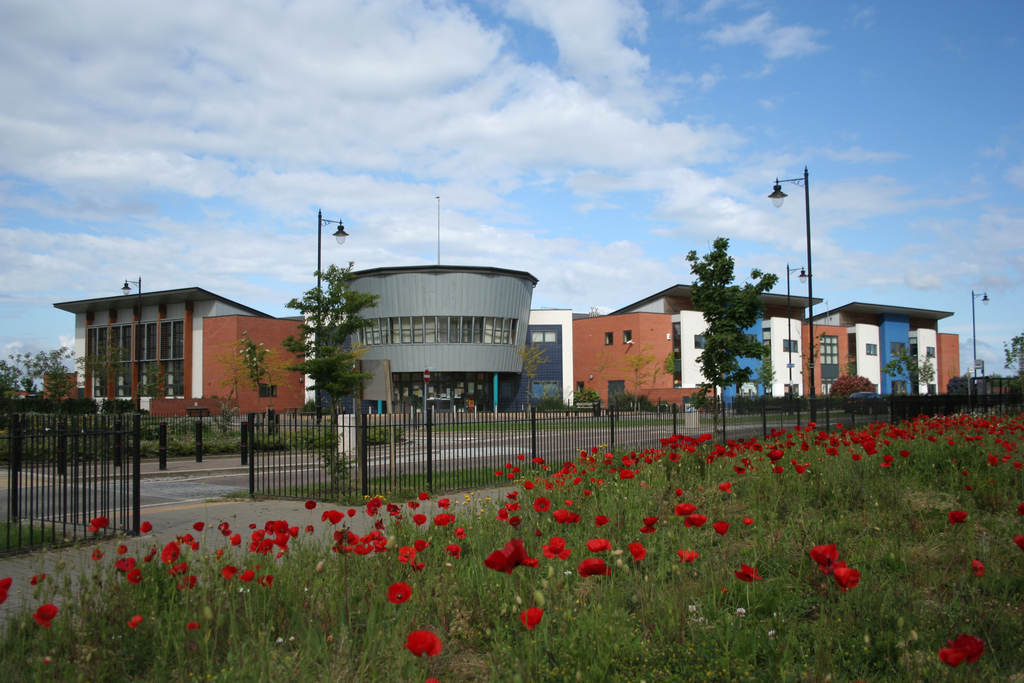 THE REPORT of the Independent Inquiry into the Construction of Edinburgh Schools,1 commissioned by the chief executive of the City of Edinburgh Council and published in February 2017, makes salutary reading for those involved in the specification, procurement, and installation of passive fire protection.

The inquiry followed the collapse of part of an external wall at Oxgangs Primary School, Edinburgh, on 29 January 2016 in the hours prior to the normal school-opening time. Approximately nine tonnes of masonry fell on an area where children could easily have been standing, or passing through. The collapse was primarily due to incorrect installation of wall ties between the outer brick leaf and the internal construction.

But what has this got to do with passive fire protection (PFP)? The link is that the failures in the construction process with respect to the masonry walls were also replicated in the installation of suitable fire-stopping. Further, as with many other examples of deficient PFP installation, the deficiencies may never have been discovered if the primary collapse had not occurred.

Subsequent investigative surveys of defects in the construction of the external walls and the fire-stopping in 16 other schools in Edinburgh resulted in the enforced closure of all 17 schools for a period of several months. All these buildings had been built as part of the same Public Private Partnership (PPP) contract with Edinburgh Schools Partnership Limited.

It was the unequivocal view of the Inquiry that there were fundamental and widespread failures on the part of the various contractors and sub-contractors who built or oversaw the construction of the schools. They failed to identify and rectify either the defective construction of walls, or the inadequate fire-stopping, both of which were only discovered during the subsequent inspection and remediation processes.

Given the widespread presence of these defects in the Oxgangs and other schools, one can only conclude that those responsible for the supervision and quality assurance of this work either did not inspect the work adequately, or did inspect it but failed to take appropriate action to have defects removed or remedied.

The Association for Specialist Fire Protection (ASFP) has heard this before; the reliance on ‘the professionals in the supply chain’ has previously been found wanting, which is why the Association recommends that third-party inspection be dramatically increased ─ either as part of a third-party certification process for contractors, or independently ‒ for example, on behalf of the eventual building owners.

The Public Private Partnership Contract contained a requirement for the preparation of as-installed drawings and related documentation. The inquiry found that compliance with this provision had not been adequate. This view was supported by those organisations involved in the remediation, with the absence of these drawings leading to a more prolonged and extensive remediation process than would have been required had these been readily available.

Such lack of documentation could be expected in the case of old buildings, but it is also often the case in relatively new buildings, constructed in the 1980s and 1990s, where, for example, the type of passive fire protection to the structural steel frame is unknown and there appears to be no documentation.

It is ironic that one can buy, say, a 15-year-old car and have plenty of documentation in the form of garage receipts, service records, MOTs etc., yet when buying a house or other larger building, there is often little usable information available as to how it was constructed.

The mandatory provision of prescribed fire-stopping is an aspect of construction that must be treated with the importance it deserves, owing to the potential implications for the safety of building users. The report of the Inquiry found that there were multiple and widespread occurrences of missing and/or poorly installed fire-stopping in the schools.

The Inquiry was very concerned about the number of recorded breaches in the fire-stopping of the schools that were identified in surveys carried out. From the photographs provided in the survey reports, a proportion of these breaches would appear to have dated from the original construction but they had not been detected until the recent surveys.

The breaches of fire-stopping in the schools should have been discovered earlier and, if originating from the construction stage, should have been identified either by the original contractors, or by Building Standards inspectors at final inspection stages.

If not identified during construction, they should have been identified by the duty-holder, or the facilities management company through regular inspections of the integrity of the fire-stopping in the building as part of a fire risk assessment under the Fire Scotland Act. The ASFP Guide to Passive Fire Protection for fire risk assessors2 is specifically aimed at those inspecting passive fire protection as part of risk-based legislation. It includes comprehensive information on the inspection of fire-stopping around services and in the provision of cavity barriers to prevent fire spread via hidden spaces.

It was the view of the Inquiry that it was not appropriate for Building Standards to be expected to undertake the type and level of detailed inspection that is needed to adequately document the defects found in the report, but that consideration should be given to requiring better practice methods in the construction industry that would provide Buildings Standards with the proper level of assurance.

The principle of certification by approved certifiers of areas of construction such as electrical and plumbing installations has already been established in the current Buildings Standards system for Scotland and the rest of the UK. The evidence provided in the report would indicate that the two types of defective construction found in the schools ‒ wall construction and fire-stopping ‒ could, perhaps, be quite common occurrences in new buildings but their presence is concealed owing to a combination of the difficulty of access and inadequate inspection. The ASFP is convinced that some unscrupulous contractors take advantage of this to cut corners and save money.

The report of the inquiry states that in these circumstances, where works are concealed once completed, it may be worth extending the mandatory certification by approved certifiers to elements such as wall construction and fire-stopping.

The ASFP, while welcoming any requirement for mandatory certification ‒ for example, via independent third-party certification ‒ acknowledges that this may not occur in Scotland and is even less likely in the rest of the UK. In recognition of this reality, it is incumbent upon the construction industry to develop and promulgate best-practice methods that can be relied upon to provide the necessary level of assurance. Such methods are particularly important in relation to those areas of construction, such as fire-stopping, that become quickly closed up to inspection and where their failure could impact on the safety of the users of buildings.

The ASFP sets itself the highest standards in this respect. For the last ten years, it has been a requirement of membership for all installing contractors to hold third-party certification from a UKAS-accredited third-party certification body. Such bodies are independent from both the ASFP and the contractor and ensure competence by a mixture of checking records of materials purchased, evaluating the competence of individual installers, ensuring that all projects have completion certificates and – most importantly – inspecting both ongoing and completed works.

Information provided by several local authorities in Scotland indicated that many of them retained Clerks of Works to provide independent inspection of their PPP programmes for new schools, and many expressed the benefits of doing so in their responses to the Inquiry. Edinburgh Council did not appoint Clerks of Works.

The Inquiry report stated: “While the presence of Clerks of Works cannot guarantee the absence of defects in building construction, there is no doubt in the view of the Inquiry that the use of experienced and properly resourced high-quality Clerks of Works results in a much greater likelihood of defective work being identified before it is closed in.” The report concluded that: “The awareness by site operatives of the presence of Clerks of Works on site impacts positively on their approach to the quality of their work.”

The ASFP is convinced that the presence of a Clerk of Works, or some other inspection body or process independent of the installing or commissioning contractors, is essential to ensure adequately and correctly installed passive fire protection.

All identified a number of issues recognised in the Inquiry report, including: fragmentation within the construction design and build process, multiple sub-contracting and inadequate inspection of works during construction and on completion.

The panel agreed as a priority that it is crucial to improve interaction between all construction industry disciplines and, to this end, the ASFP is working with the panel to:

The supporting guidance will be launched this summer and will be promoted at a number of ASFP regional seminars scheduled throughout the year.

The report of the Inquiry for Edinburgh Council shows that there is a need to change the culture and the processes for certain elements of construction – particularly those that are invisible once installed. Without such change we cannot rule out further construction failures, and the next time a wall collapses on a windy day, or a fire spreads rapidly through breaches in compartmentation or concealed spaces, we may not be so lucky.