In the eyes of the law, to what extent do any British or European Standards have to be complied with when it comes to issues of fire safety? With a keen focus on fire sprinkler systems in particular, Stewart Kidd assesses some major court case judgements in a bid to determine the answer 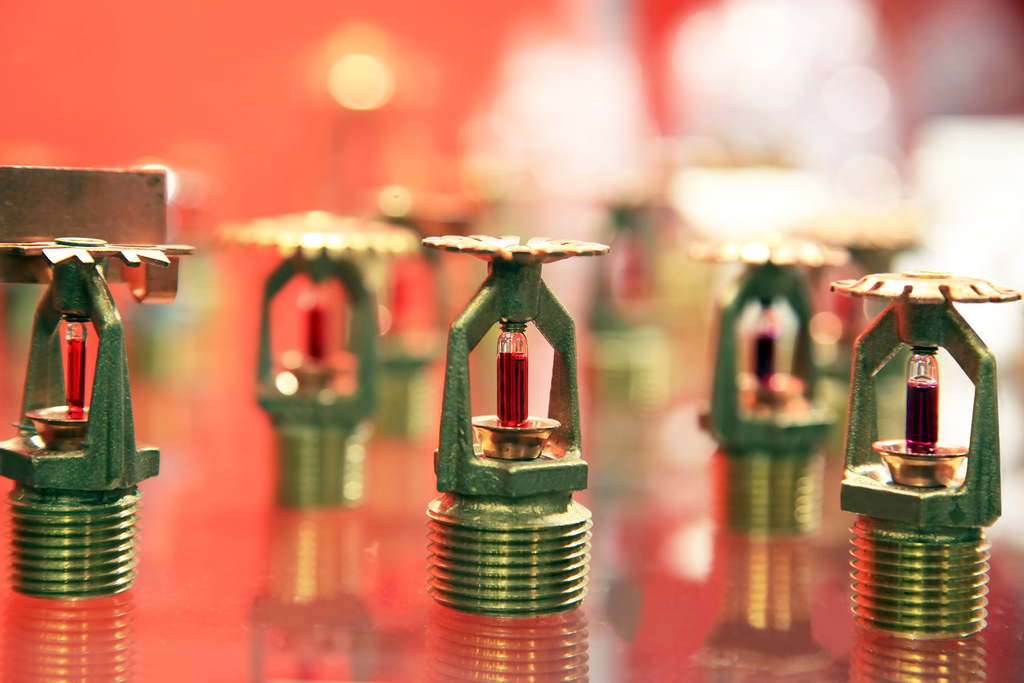 DURING A recent meeting, an M&E consultant working for a social housing provider was overheard questioning the need for a proposed sprinkler system in a block of flats to comply with BS 9251 Fire Sprinkler Systems for Domestic and Residential Occupancies – Code of Practice. The practitioner’s argument was that, since BS 9251 has that ‘Code of Practice’ subtitle, it doesn’t need to be complied with as it’s not a British Standard.

Of course, this neatly begs the question as to the extent to which any British or European Standard has to be complied with. Standards for sprinkler systems such as BS 9251 and BS EN 12845 are intended as an aid to the specifier/end user, so too the contractor undertaking the work. They allow a shorthand approach to specification and, by their very nature, remove detailed technical issues from pre-contract discussions.

They also generate a confidence in the comprehensiveness of tender submissions, making the award of contracts somewhat less fraught with uncertainty. However, it’s ultimately a matter for the purchaser to decide which, if any, standard they wish to impose.

Recent civil litigation resulting from the destruction of a very large warehouse in an arson fire has provided observers with a slightly different perspective on how the provision of sprinklers is now viewed by the Technology and Construction sub-division of the High Court.

In the absence of any specific mandatory requirement for such protection measures, most previous litigation has resulted in judgements which have said that, while sprinklers are a good idea and useful, their provision is optional. For those who harbour an interest in what might be considered by some to be such esoteric matters, the summaries of three specific court judgements are relevant and worthy of consideration.

The most interesting of these recent judgements involves not only compliance with a British Standard in respect of the physical security of premises, but also goes further than before in distinguishing between the ‘Best Practice advice’ offered in Approved Document B and the requirements for ‘mandatory protection’ against fire.

The judgement made this very clear: “It is no defence for Sony to suggest that it was unaware of BS 8220. That British Standard represented the acceptable standards and practice for the security of storage, industrial and distribution premises. It was incumbent on Sony, as the provider of logistics services and the operator of a distribution facility, to ensure that it was cognisant of the appropriate guidelines.”

In the matter of whether the warehouse should have been provided with adequate fire protection, the defendants claimed that, as the building complied with the Regulatory Reform (Fire Safety) Order 2005, it didn’t need to be fitted with sprinklers and had received Building Regulations approval. Sony DADC Europe Limited said that it had relied on advice from an approved inspector who had said that sprinklers were not legally required.

The situation was further complicated by the fact that the original building, with a floor area of 15,853 m2, was subsequently fitted with a mezzanine and ‘galleries’ which took the total floor area to circa 24,000 m2. In a joint statement, the two architectural experts agreed that a ‘gallery’ became a ‘storey’ when this was extended to over half the area of the space into which they projected.

Mrs Justice O’Farrell accepted arguments put forward by the two fire consultants that it would not have been feasible to comply with the requirement in Approved Document B to provide compartmentation as a means of reducing compartment size, ruling that, at the time of the fire: “The Building Regulations and Approved Document B in force at the time of the 2009 internal changes to the warehouse indicated that compartmentation and/or sprinklers were required to inhibit the spread of any internal fire. No compartmentation or sprinkler system was installed, while no fire engineering assessment was conducted to justify the omission.”

Mrs Justice O’Farrell also accepted the argument that a sprinkler system would have been effective even in the case of an arson fire with multiple seats. “It is likely that the installation of a sprinkler system in the warehouse, including sprinklers within the racks, would have supressed the fire at an early stage and significantly limited the damage. The likelihood is that most of the claimants’ goods and the warehouse would not have been destroyed.”

This case stands as a powerful argument to suggest that ignoring – or otherise falling to comply with – consensus standards is a dangerous way in which to run a business.

Examining relevant case law, it becomes relatively clear that, prior to the Sony DADC Europe Limited trial, Judges were unwilling to impose duties on property owners to fit sprinklers where such fire suppression systems were not specifically required by law.

Looking at the case of J Sainsbury plc versus Broadway Malyan [1999] PNLR.286 referencing the design of a supermarket in Chichester, His Honour Judge Humphrey Lloyd QC ruled that the former had not been contributorily negligent in failing to install fire sprinklers.

The Judge said: “J Sainsbury plc was, in my judgment, free to decide whether it was in its own commercial interest to install sprinklers. Others might have done so, but I do not consider J Sainsbury plc was at fault in not doing so. Broadway Malyan knew that there would be no sprinklers, as did EGP. They must be taken to have accepted the risk that any damage caused by negligence might therefore be greater than it would have been. I see no grounds for holding that there was contributory negligence in not having sprinklers.”

In terms of the absence of fire barriers in the ceiling void, Judge Lloyd reached the same conclusion, pointing out that no-one from the relevant professionals involved had suggested there was anything wrong in omitting cavity barriers. However, Judge Lloyd did go on to make a finding of contributory negligence on the part of J Sainsbury plc in relation to one of the fire walls. This had been built to a defective design, something which the J Sainsbury plc representative had failed to pick up.

In the case of Fosse Motor Engineers Limited versus Conde Nast and National Magazine Distributors Limited [2008] EWHC 2037 (TCC) involving a warehouse fire in Coventry back in December 2002, Judge Sir Robert Akenhead dismissed the claim against the defendants for reasons concerned with causation. His findings in relation to contributory negligence were therefore obiter dicta.

However, on the topics of compartmentation and sprinklers, he said: “111 (a) It was asserted that much of the fire damage was attributable to the absence both of a suitable system of sprinklers and of compartmentation at the warehouse (b) There was no statutory requirement (such as Building Regulations) for a building of this size built in 1976 to have sprinklers or compartmentation (c) None of the literature at the time of the fire makes it clear that, for an existing building of this age, these are required (d) There are numerous warehouses which do not have such systems. Put another way, there seems to be a respectable body of opinion among warehouse owners that they are not necessary (e) Fosse was not required by the Fire Brigade (who checked the building over some time before the fire) or their insurers to install sprinklers or compartmentation. Fosse had taken some steps to provide an expensive new fire alarm system and other safety measures (f) The evidence on compartmentation was not satisfactory. There was no attempt to explain what compartmentation was needed as a reasonable minimum or the extent to which it would have limited fire damage. If it was extensively compartmentalised, the damage would have been much less. If it was limited to means of escape for people, little of the building would have been saved.”

Worth noting here is that the argument that the Fire and Rescue Service had not asked for sprinklers was also offered in the Sony DADC Europe Limited case, but this didn’t impress the Judge.

In the case of Trebor Bassett Holdings Ltd and Anor versus ADT Fire and Security plc [2011] EWHC 1936 (TCC) concerning a contract to design, supply, install and commission a fire detection and suppression system for a popcorn factory, presiding Judge Coulson said: “During the course of the evidence, I pointed out that I have never tried a fire case in which it was not suggested by the defendant that the claimants should, long before the fire, have put in sprinklers. Nor have I ever tried a fire case in which the claimant’s claim for the cost of rebuilding did not include the cost of a full sprinkler system. Both of those elements feature in this case. What is unique, in my experience, is that here the claimants’ management at Monkhill were advised not once, but twice (and by their own Group Risk Department, on whom they said they always relied) to put in a full sprinkler system and, on both occasions, they failed to follow those recommendations.”

Further, the Judge observed: “That is the most significant reason to distinguish this case from J Sainsbury plc versus Broadway Malyan and the Fosse Motors case. Unlike there, these claimants were positively advised that sprinklers should be put in and that sprinklers were the only certain way of eliminating the risk of fire. It is therefore necessary to look at the reasons why they were not installed to see whether or not the conduct of the claimants can properly be criticised in refusing to follow the recommendations and, if so, what the causal significance of this default might be.”

Commenting on the failure of the claimant to follow the advice of their Group Risk Department, the Judge also said: “The extent and scope of the claimants’ failure to take on board the recommendations of the Group Risk Department were exacerbated by the events in the summer of 2004 when, for the second time in a year, there was a clear recommendation to Monkhill to put in sprinklers. This time, the report even spelt out the financial advantages of sprinklers. For a spend of £500,000, a projected loss of just under £30 million would be reduced to just under £1 million. The advantages are not, therefore, only apparent in hindsight. They were, or should have been, clear at the time.”

The Sony DADC Europe Limited case – wherein the property owner was held to have failed to comply with sensible consensus security standards and implement the requirements set out for large warehouses in the Building Regulations – demonstrates that the courts are at last prepared to take note of the need for sensible protection which goes further than the fire regulations.