Surveillance Camera Commissioner Tony Porter is due to finish his Commission in the early part of December having been appointed back in March 2014 to work alongside the Home Office. In an exclusive article for Security Matters, he reflects on the positive impact of his role, while also examining why he firmly believes the time for change in the sector is now 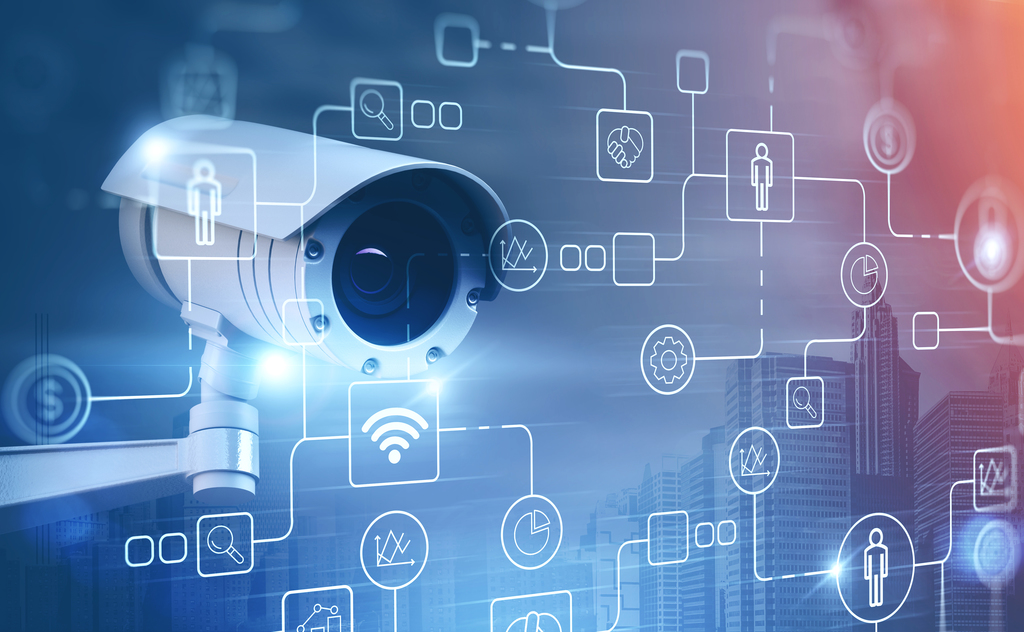 ACROSS THE last seven years there have been many changes witnessed in terms of how video surveillance cameras are used. What was once a CCTV camera recording a grainy image on video tape is now an HD camera that can zoom in from hundreds of metres away. A camera that can recognise faces and predict skirmishes. A camera that’s connected to sensors, that’s capable of detecting explosives and can read lips. Some of this is already possible, some of it not too far off. It’s no longer science fiction.

At the outset of my Commission, I spoke publicly on many occasions and explained that if I didn’t make a tangible difference to the world of surveillance, I would not seek to hang around. I’ve enjoyed several extensions to my terms in office so, clearly, I do believe that the Office of the Surveillance Camera Commissioner has made an impact. What, though, does that impact look like?

Implementing the National Surveillance Camera Strategy for England and Wales has provided the framework upon which everything hangs. The development of a full and independent certification process that cuts right across the industry from manufacturers (Secure By Default) through to installers and on to monitoring centres and end users has been vital. The Government wanted standards to be driven up. We can now demonstrate that this is happening.

The National Surveillance Camera Strategy has also been about civic engagement, police and local authority relationships (ie the development of Service Level Agreements), horizon scanning, training, cyber security, standards and the ethics of using surveillance camera systems. I was also approached by Chief Constable Charlie Hall QPM (Chief Constable of the Hertfordshire Constabulary) at the National Police Chiefs’ Council to chair the Independent Advisory Group for Automatic Number Plate Recognition. This was recognition of the work transacted by my team. The group consists of civil libertarians, academics, Government officials, the motor industry and police officers and provides the only independent oversight of what’s arguably the largest non-military database in Western Europe.

Importantly, each element of the National Surveillance Camera Strategy is supported by a delivery plan. I’ve also ensured, for the first time, democratic oversight of the work this industry has been doing by producing an Annual Report to Parliament, which is visible to our elected representatives and, in turn, the general public at large.

To complement this work, my team has produced a series of blogs outlining the successes and failures of my past seven years. The series provides a commentary on the state of surveillance in the UK, the law that governs it and regulation that exists to provide reassurance to the public that surveillance cameras are there to support them, not spy on them.

It’s important that I recognise the assistance afforded to me throughout my terms in office by many unsung heroes. This magnificent industry which supported the development of the certification processes, the Inspectorates who helped develop the oversight (ie the NSI, the SSAIB and IQ Verify) and the media outlets who’ve both supported and challenged my messages have all been invaluable.

Providing leadership free of charge, the senior leads and experts on the National Surveillance Camera Strategy have helped me turbocharge a small office into a mini powerhouse punching well above its weight and in ways that have provided leadership and oversight to a complex industry. Finally, grateful thanks go to my small team led by the irrepressible Mick Kelly (head of policy and support) whom many of you will know (because he will have contacted you asking to take on an onerous piece of work, free of charge, at an impossible timescale). Mick has now moved on to a new role supporting the Director of Science at the Home Office.

As I write, the Government is proceeding with its plans to merge the role of Biometric Commissioner with that of my office. I have concerns that this is the wrong plan at the wrong time. These areas of discipline enjoy little overlap, while both are experiencing huge uplifts in issues. We only have to look at the civil liberty issues emerging from the COVID-19 era where, it could be argued, civil liberties hang by a damask thread. The public supports difficult decisions being made in its name, but also expects – and, rightly, demands – transparency, openness and honesty when privacy rights are infringed.

In short, then, my world has been challenging, exciting and very enjoyable, but at times frustrating and damn difficult. Given that my world has focused on advancing technology, new surveillance platforms and algorithms which have challenged the very essence of our democracy, I feel it’s something of an indictment that, despite regular calls from my office and other serious and influential commentators for the Surveillance Camera Code of Practice to be updated, that Code has remained unchanged.

The Code specifically states: ‘If followed, the Code ensures surveillance cameras are used to protect communities, not spy on them’. We need to examine this statement closely and ask the question: “Has this been achieved?”

The Code was an excellent document when introduced back in 2013. It set out the Government’s standard for the operation of surveillance camera systems by the police and local authorities. It has also been influential in driving up standards in the private sector. It has not been updated since its introduction, though. Indeed, the Code – which is the Government’s benchmark standard for state operation of overt surveillance cameras bursting with new technology – was published in 2013 when the most up-to-date iPhone on the market was the iPhone 5. This is despite recommendations I made in 2016 following a comprehensive review carried out by my office for the Code’s renewal.

The Home Office committed to updating the Code in its Biometrics Strategy published in June 2018. This has yet to materialise. The Biometrics Strategy also committed to consider governance structures to take into account the phenomena of biometric usage in surveillance. On many occasions, I’ve stated that modern surveillance in use by the police is, in fact, progressively an investigatory tool. In the aforementioned series of blogs, I lay out the argument for greater judicial oversight of this technology.

Many of Security Matters’ readers will be aware that, in June this year, the Court of Appeal considered the legality of the use of Automatic Facial Recognition technology by the South Wales Police. In essence, the Court found that its use was unlawful on the grounds that it was not conducted ‘in accordance with the law’, it did not effectively comply with its obligations to conduct a comprehensive Data Protection Impact Assessment and nor did it follow the requirements under the Public Sector Equality Duties Act.

This decision will have ramifications for the video surveillance industry, but in my view they will not be fatal. The Court was quite specific that the legality of its use revolves around the requirements for stricter guidelines on the production of watch lists and where the equipment can be used.

What frustrates me is that the police service would have been better served had the Home Office followed my advice and provided an updated version of the Code. This would have incorporated guidance on watch lists, authorisation processes and location use and it’s more than likely that the police would have been complying with the law. I am, however, updating police guidelines to further support the police in their endeavours and will publish this document in late November.

Belatedly, the Home Office is now hurrying to provide the update that I’ve been urging it to conduct for the past several years. Better late than never, but I fear much public money could have been saved if this advice had been followed at the outset.

I’m clear in my mind as to where the solution to the complex issue of video surveillance connected to Artificial Intelligence lies, but before going there, there are three factors which I consider to be a given. First, surveillance cameras in society will continue to evolve in terms of their intrusive capabilities. Second, the police and other state actors will, out of necessity, seek to exploit the capabilities afforded by surveillance camera technologies as they look to meet the sheer volume and complexities of risks and issues from which they strive to protect us. Third, things have to change to satisfactorily accommodate those first two issues.

The public and the state interest demands the provision of a clear and transparent framework to guide and hold to account the lawful and ethical use of surveillance. This will ensure that current and future uses do not go beyond those which are necessary and proportionate in a free society.

The time for change has arrived. Indeed, it arrived some time ago. Overt surveillance has grown up. It’s the rival in terms of some of the capabilities of its ‘Big Brother’ covert surveillance and is, indeed, a fully-fledged ‘investigative power’ in its own right. It should be legislated and regulated as such.

When Lord David Anderson reviewed state surveillance capabilities before the advent of the Investigatory Powers Act 2016, he advocated a single, independent, judiciary-led regulatory body. The Investigatory Powers Commissioners Office duly arrived, bursting with judicial and investigatory pedigree in the field of surveillance. My view is that ‘a question of trust’ has well and truly arisen in the context of overt state surveillance and that nothing less than an independent review of these matters is satisfactory.

I’m not anti-surveillance. I defend the right of the police and the state to develop its surveillance capabilities where it’s lawful, ethical and proportionate for them to do so. I am, however, anti-bad surveillance. Surveillance which is ill-considered, ill-governed and illegitimate serves only to erode the public confidence and, indeed, the fabric of the safer society to which we all aspire. Paradoxically, it erodes the very confidence of the public which the state seeks to engender through surveillance in the first place.

Where there’s ambiguity or fog as to where the line is in terms of legitimacy of surveillance, it becomes easier for an organisation to quietly overstep the mark, whether innocently or otherwise, and less easy for guardians to see it and stop it where it’s not legitimate.

I remain cautiously optimistic that Government will come around to recognise the true characteristics of state surveillance, commission a review by an eminent expert and allow the grown up capabilities of overt surveillance to finally join the ‘Big Brother’ house and be regulated with the rest of its family of investigatory powers. This technology needs to be overseen and regulated by a dedicated body. A specialist in the science and philosophy of surveillance. It must have the credibility to provide that assurance. It’s not simply an ‘add-on’ to another role.

Further, I’m also optimistic that the fantastic men and women who comprise this industry will afford my successor the same energy and professionalism that I’ve been privileged to receive. That person’s role is going to be hard and challenging enough, but will be lightened somewhat by the incredible energy that’s out there to improve and raise standards.