Warning to close doors at night

A FAMILY in Barnton have released pictures of their home which was damaged in a fire to illustrate the importance of closing doors at night. 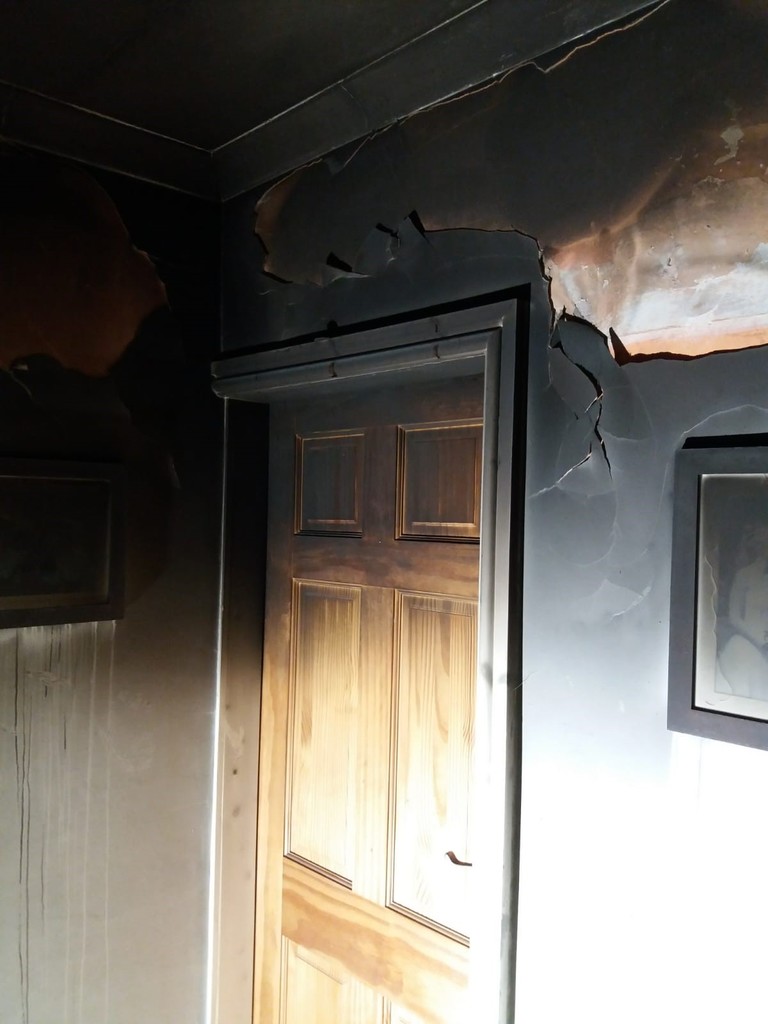 The fire broke out on 30 June at the home of Neal and Sarah Salomon on Lydyett Lane, Barnton.

The fire started in an electrical box in the hallway of their home and caused extensive damage. Firefighters, four wearing breathing apparatus, used a hose reel jet, a covering jet and a dry powder extinguisher to put out the fire.

But the damage to their property would have been much worse if they had left the internal doors open. The images show that damage to the room opposite the fuse box was limited because the door was closed. On the other side the fire was intense enough to begin to peel plaster off the walls.

Neal Salomon, 39, said, “We were in at the time and we were awake so we were all able to get out quickly.

“There was significant damage to the room with the fuse box in and the main bathroom because that door wasn’t closed and there was still some damage in the other rooms but it was all on the surface, so the carpet needs changing, things like that. I was surprised at the difference a door could make.”

Shortly before the fire Neal’s children, twin girls aged 10 and a boy aged 11, had a firefighter visit their school to talk about the importance of closing doors and escape routes.

Crew manager Daryl Codling, from Northwich Fire Station, said: “The pictures give a graphic demonstration of the importance of closing doors as part of a night time routine.

“Closing doors can limit fire spread and damage throughout a property and can allow people to escape.”