MARK HARDINGHAM has taken on the role of chair of the National Fire Chiefs Council (NFCC), stating that it’s a “huge honour”. Hardingham officially began his two-year tenure in post on Thursday 1 April. 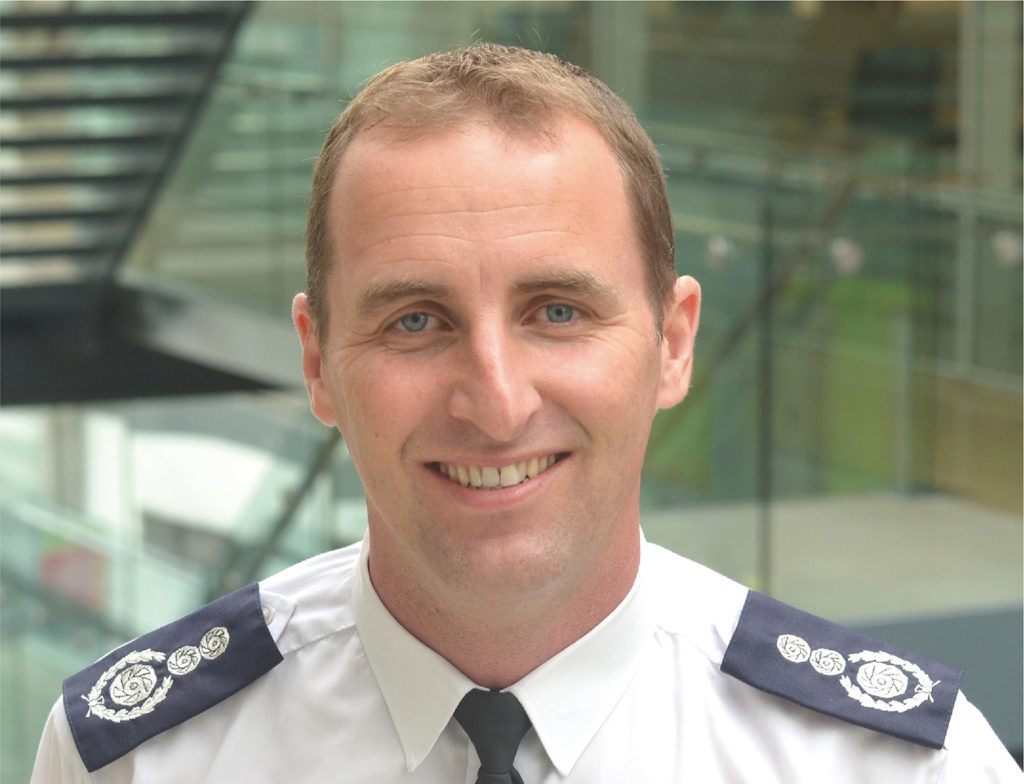 Also serving as chair of the NFCC’s dedicated Protection and Business Safety Committee, Hardingham brings a wealth of experience to the position as he succeeds the inaugural NFCC chair Roy Wilsher, who had been in post since April 2017.

Hardingham commented: “I’m looking forward to further embedding the NFCC as the professional voice of the UK Fire and Rescue Service. I will work tirelessly with my chief fire officer colleagues, the wider NFCC membership and our key stakeholders. We will strive to make improvements that support the Fire and Rescue Services and enable them, first and foremost, to put the interests of the public, the community and service users first.”

According to Hardingham, so much has been achieved since the NFCC was established back in 2017, with progress made in the midst of the monumental challenges Fire and Rescue Services have faced throughout (the Grenfell Tower tragedy, terrorist attacks, the emerging challenges of fire safety in the built environment and the ongoing pandemic being among them).

Hardingham believes that the next few years will be a pivotal time for Fire and Rescue Services. There’s the issue of future funding of the Fire and Rescue Service and the NFCC itself, the White Paper focused on reform in England (as well as reform and change considerations for other parts of the UK), improvements in leadership, culture, equality, diversity and inclusion and the organisational learning that needs to be implemented across Fire and Rescue Services in the wake of the Grenfell Tower and MEN Arena tragedies.

“I will lead this work with enthusiasm and in partnership with our key stakeholders to ensure the Fire and Rescue Service is the very best it can be and is one that we, and members of the public, can continue to hold in high regard,” enthused Hardingham.

Chairing the NFCC’s Protection and Business Safety Committee between 2017 and last year, Hardingham ensured that the NFCC took a national leadership role with Government, working closely with ministers, civil servants, devolved administrations, Her Majesty’s Inspectorate and many other partners in the wider building safety programme.

Hardingham added: “I would like to thank my colleagues for their help and guidance during the last few months, especially so Roy. I have seen first-hand his commitment and dedication to establishing the NFCC as the trusted and respected professional voice of the UK Fire and Rescue Service. One of my aims is to see this continue to grow.”

At the time of Hardingham’s appointment to the role of NFCC chair, Teresa Budworth (chair of the Board of Trustees) paid tribute to Wilsher, while also congratulating the former on his appointment.

“I would like to welcome Mark to the role of NFCC chair,” said Budworth. “He brings with him a wealth of experience as a long-standing and respected chief fire officer alongside his NFCC protection role and tireless work with his NFCC team focused on the new building safety framework. I’m sure that the NFCC will continue to go from strength-to-strength under his leadership.”

Budworth added: “It’s testament to Roy that the NFCC has established a pivotal role in advising Government and supporting Fire and Rescue Services across the UK, while at the same time implementing national policy and delivering critical national workstreams.”
MORE FROM THIS COMPANY