HUMAN RIGHTS and civil liberties campaign group Liberty has criticised the Government for doubling down on blunt policing powers despite changes to the lockdown rules. The Government has just released updated regulations that include increased fines for those breaching the Coronavirus lockdown. 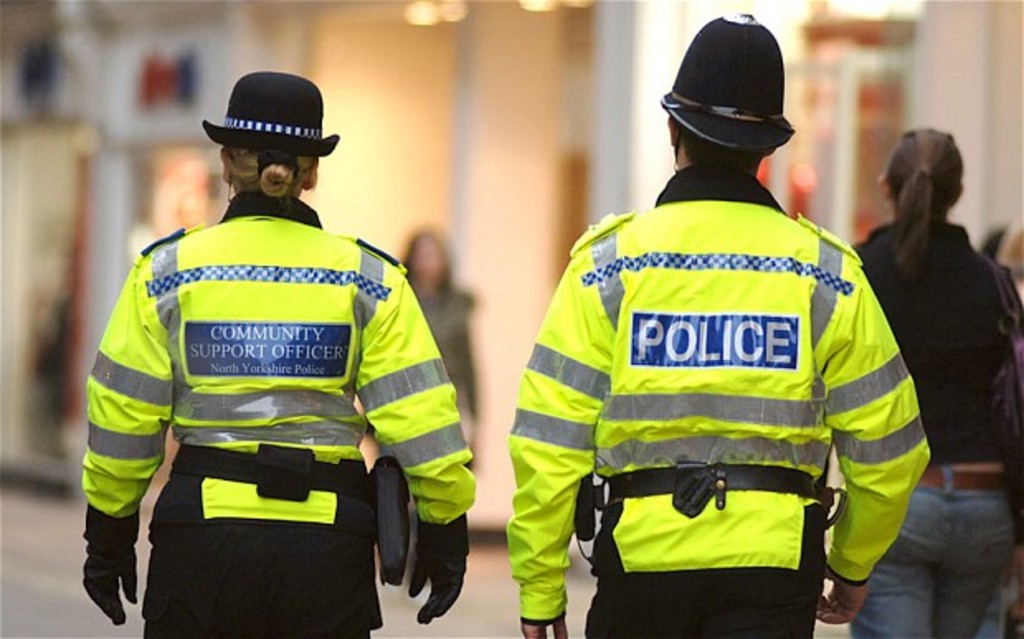 This new version of the regulations has apparently not received Parliamentary scrutiny because the points contained therein replace the original policing regulations – which have been in place for seven weeks – hours after they were debated in the House of Commons.

These new regulations are an updated version of powers introduced on 26 March to enforce the initial lockdown. According to Liberty: “Since then, there have been numerous and well-publicised instances of overzealous policing, as well as examples of police forces acting beyond the scope of these powers.”

Clare Collier (pictured), advocacy director at Liberty, said: “When it introduced the lockdown, the Government rushed through broad new powers that resulted in heavy-handed policing at a time of severe anxiety for all of us. It’s concerning that now, when they have finally received Parliamentary oversight, the Government elects to replace these powers. It’s a blatant evasion of Parliamentary process.”

Further, Collier explained: “Instead of narrowing those sweeping powers, the Government is ramping up fines for those falling foul of the lockdown. Doing so while its own unclear communications cause confusion over what is and isn’t allowed is a recipe for injustice.”

Collier concluded: “This pandemic is a public health crisis, not a criminal justice issue. The Government has had seven weeks to fix the police powers and create a rights-focused strategy that provides care for those at risk. Instead, with these regulations it's doubling down on a heavy-handed approach that will undermine public trust and cause lasting harm to people’s lives. The police service's powers must be rolled back and greater clarity provided to enable us all to understand what we can and cannot do.”

Rosalind Comyn, policy and campaigns officer at Liberty, added: “The Prime Minister’s announcement on Sunday 10 May created more confusion over what we can and cannot do, while facing even greater penalties if we get it wrong. The powers handed to police were too broad in the first place and resulted in heavy-handed policing at a time of severe anxiety for us all. If there is a general easement on the lockdown, the police powers must be reduced, not increased. Such vague guidance is particularly concerning for communities that are already over-policed and suffer from ill-treatment due to wide discretion in police powers and guidance. Instead of narrowing these sweeping powers, the Government is ramping up fines for falling foul of what is an unclear lockdown.”

The Police Federation of England and Wales continues to express significant concerns on the difficulties which colleagues policing borders will face as these most recent law changes in England differ to those in Wales. In Wales, two-metre distancing is enforceable and members of the public can only visit a public space for exercise, whereas in England it's not and people can spend unlimited time outside for other purposes.

John Apter (pictured), national chair of the Police Federation of England and Wales, stated: “As the country gradually exits lockdown, these guidelines and laws are going to keep shifting so there must be continuous, clear and unambiguous messaging throughout the entire process. However, the task of policing the borders is not being made any simpler. Wales and Scotland have not adopted the same approach and this will cause huge problems for our members, particularly so when people travel across borders to exercise where there are differences in the regulations.”

Other changes include those aforementioned ramped-up fines. In England, fine levels have been increased from £60 up to £100 for the first offence, with a maximum sum of up to £3,200. In Wales, the fines involved remain as per the original regulations, starting at £60 and rising to a maximum of £120.

Apter continued: “Police officers across the country are doing an incredibly difficult job in particularly trying circumstances. We have never had to deal with anything like this before, yet my colleagues have stepped up to do all they can to protect and support the public in these unprecedented times. We have engaged with people, reassured them and only used enforcement when absolutely necessary. Our officers need the continued support of the public and the media such that they can keep up the amazing work they are doing during this challenging period.”

​A string of new measures are being introduced to support police forces recruiting officers during the COVID-19 pandemic, the College of Policing has announced. The measures come as police forces across England and Wales seek to recruit additional 20,000 officers.

Former officers who have left the service and existing student officers can be deployed under guidance issued by the professional body for the police. The College of Policing has said former police officers who wish to re-join the service will undergo an assessment of their knowledge and skills and can undergo emergency training if there are gaps established.

Each force can use the options provided for each specific circumstance, whether an officer is re-joining for short-term deployment during the COVID-19 emergency or as a more long-term member of the service.

In addition to re-joiners, forces can also deploy emergency training for student officers (similar to that seen in other professions) to cover the basic operations expected of constables on patrol. These include the use of police powers, ethics and protecting the vulnerable.

As part of recruiting new officers, forces will carry out biometric vetting to obtain DNA and fingerprints and ensure that the individuals involved have not previously come to adverse police attention and also that they're not linked to any outstanding crime scenes (and for the purposes of elimination if their fingerprints or DNA is left unwittingly at scenes of criminality once in post).

The Government has advised that biometric testing can go ahead and, due to the close contact with new recruits, the College of Policing has issued new guidance for forces to obtain the samples as safely as possible. This guidance includes candidates taking self-samples under the supervision of police staff and, where staff who would usually carry out the tests are not available, using officers familiar with the techniques employed (such as those officers who work in custody).

The College of Policing has begun the initial roll-out to a small number of forces and is working with the National Police Chiefs Council to make the process accessible to all forces by the end of next month.

To ensure consistency and fairness to candidates throughout the period of the pandemic, the online assessment process will remain in place throughout the remainder of 2020.

Mike Cunningham QPM (pictured), CEO at the College of Policing said: “All of these new measures will allow forces to continue recruitment and bring in more officers to keep the public safe at this critical time. Our work means that those joining or returning to policing will have the knowledge and skills they need to do the job. The pace in which these changes have been delivered cannot be underestimated, and I'm pleased that we have been able to play our part in supporting the service at this difficult time. These measures, and the continued commitment of officers and staff across the country, mean that the police service is well prepared to continue to protect the public.”