THE INTERNATIONAL Tax Stamp Association (ITSA) has responded to criticism of physical tax stamps in a new report on the impact of blockchain technology on excise duty payments. The study by Deloitte highlights the potential benefits of using blockchain to digitise tax stamps and make it easier for revenue authorities to recoup excise duties on tobacco and alcohol products. 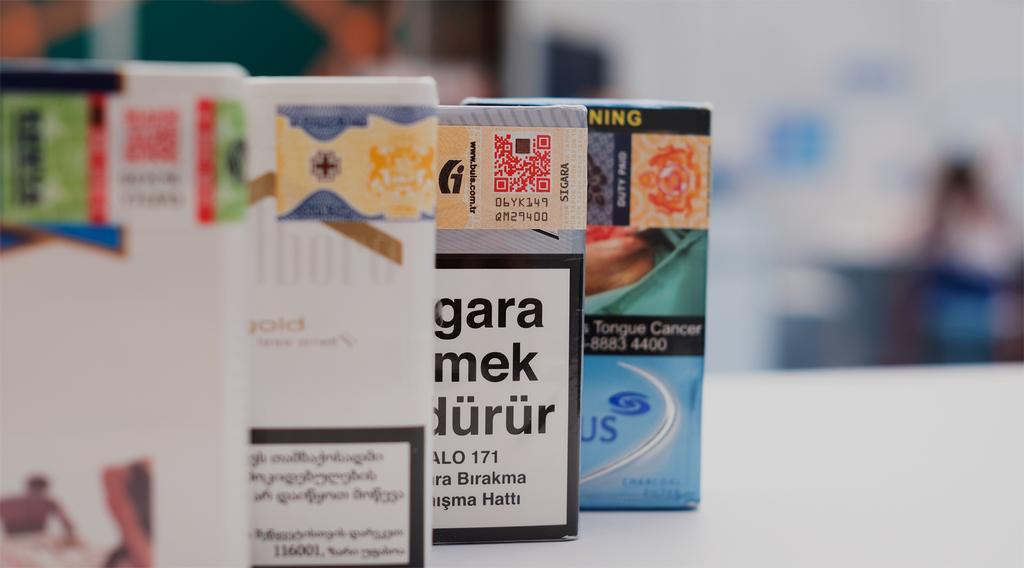 The study also raises security concerns over current tax stamp use – particularly so the procurement, transportation and pasting of physical tax stamps on to packaging – and claims that blockchain could increase supply chain efficiencies and traceability of products, cut costs and reduce the risk of fraud.

The ITSA has said the study contains “disingenuous statements” about the current use of tax stamps, while at the same time ignoring established industry Best Practice and “glossing over” deficiencies in blockchain technology.

More than 150 revenue agencies (national and state Governments) already use tax stamps to collect valuable tax duties and excise payments. This is an exercise that involves the worldwide production of some 140 billion stamps annually. As well as providing visible proof of tax payment and revenue collection, tax stamps have also taken on a key role in product authentication, anti-tampering and track and trace applications.

Importantly, they can also be an integral element of track and trace programmes and Best Practice within the sector, effectively monitoring the location and movement of goods throughout the supply chain from manufacture to the point of sale.

Juan Carlos Yañez (pictured), chairman of the ITSA, stated: “It's deeply concerning that this report has entered the public domain. Not only does it misrepresent the role of tax stamps in excise duty collection, but it also highlights a broader lack of understanding of tax stamp programmes in general. The report contains many unjustified, sweeping and potentially damaging statements without necessary qualification. For example, the declaration that the use of physical tax stamps is “a costly process” is made without any supporting data or a careful comparison to other options designed to regulate tax compliance.”

Yañez continued: “While we recognise the potential benefits of blockchain, the report overlooks many limitations of this technology, including its inability to authenticate a physical product. Blockchain cannot help us to ensure that the digital record, however immutable and verifiable it may be, is linked to the right object, which is precisely why a combination of physical security and digital traceability is needed. This is something that can be provided by a combined tax stamp and secure track and trace system. Indeed, many effective track and trace programmes currently in operation include tax stamps. These are programmes that have already recouped excise duties worth millions of pounds for revenue authorities across the world.”

Further, Yañez explained: “Some of the deficiencies of tax stamp programmes that the report presents as reasons to consider a blockchain-enabled programme can simply be addressed by following tried and tested Best Practice. Although blockchain could, in some cases, be used to support the automation of the excise duty payment process, as stated in the report, the same automation and benefits can be gained by requiring stamp activation and triggering full tax payment by this automated event. Similarly, the report’s critique that tax stamp-based programmes require the time-consuming scanning of each product is another misrepresentation which conveniently ignores the use of aggregation codes. Nor does it explain how the scanning of Internet of Things devices would be significantly easier and less expensive.”

The report suggests that the “digital” tax stamp used in the United Arab Emirates is a marking applied directly to the packaging and a replacement for a physical stamp. However, ITSA feels that this is “misleading in the extreme”.

Yañez observed: “It is, in fact, a physical pre-printed label with a unique code on it for track and trace. This combination of the physical and digital worlds is a powerful recipe for effective security systems. Controls – by an inspector using specialist equipment, for example – are important. Despite the potential usefulness of blockchain, we still need controls to accurately match an object to its digital record and verify physical security features that can distinguish genuine unique identifiers from clones.”

He went on to state: “The immutability of records held in a blockchain has the potential to make auditing of the database entries much easier, but we still need assurance about the quality and efficacy of the original information provided. A blockchain alone will not adequately detect counterfeiting. Furthermore, the costs associated with the complementary measures to address the shortcomings of blockchain and the operational impact on the manufacturer’s supply chain need to be considered to determine if, in fact, a blockchain solution offers a lower total cost of ownership compared to a tax stamp programme built on industry Best Practice.”

Yañez concluded: “New technologies bring new possibilities, but they should be considered suitable replacements of tax stamp Best Practice only if they can prove that they are more effective, less expensive or, preferably, both.”