LITHIUM BATTERY fires are difficult to extinguish using conventional fire extinguishers. To address this issue, a new class of lithium battery fire extinguishers have been developed by Firechief in order that fire professionals can deal with such emergencies quickly and effectively. The extinguishers are available through authorised reseller First Mats Ltd. 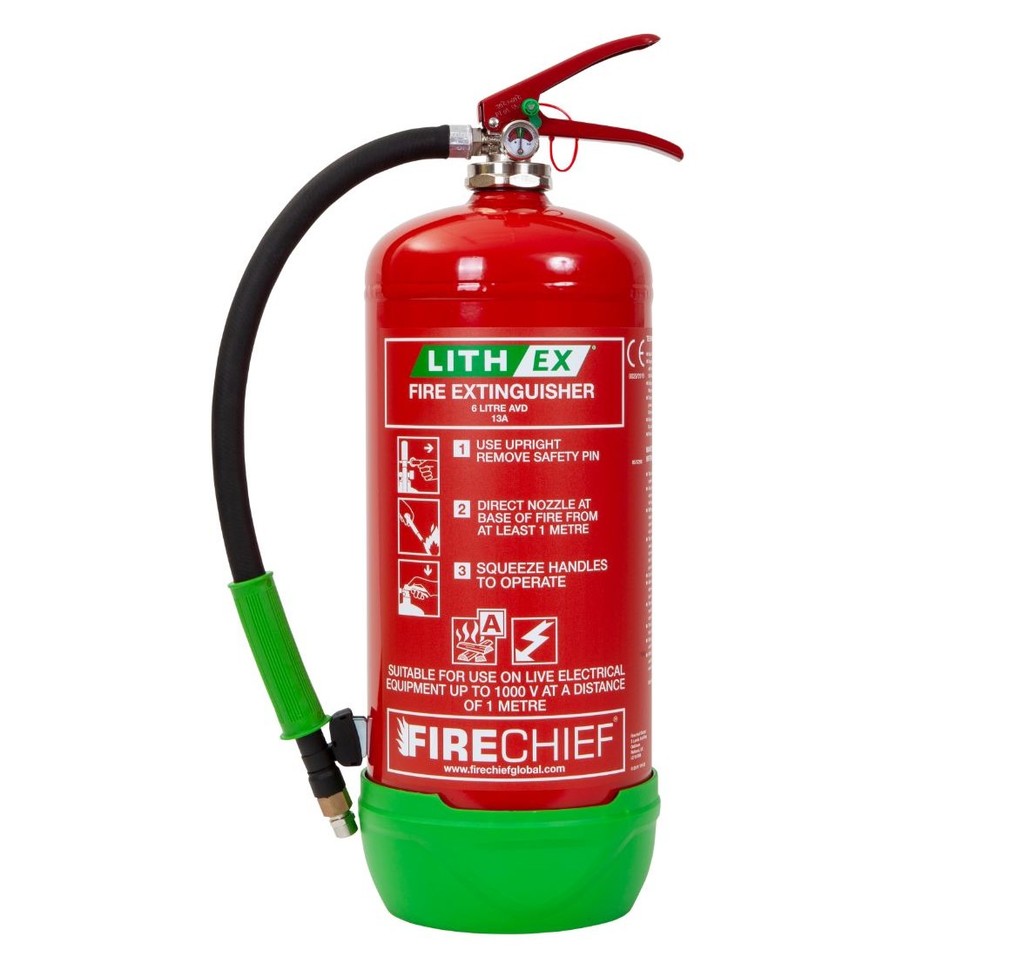 With the demand for – and the use of – smart phones, tablets and other similar electrical devices having reached an all-time high in the last 12 months, this has unfortunately meant that the number of lithium battery-related fires has also increased.

Fires resulting from lithium-ion batteries are much more common than you might think, at least in part due to the fact that these batteries can be found almost everywhere. Used to power electronic devices such as tools, mobile phones, laptops and electric scooters, more recently such power sources have also become popular in electric vehicles and aerospace applications.

However, the misuse of lithium-ion batteries – by way of improper storage or if they’re charged too quickly – can render them very dangerous indeed. That can also be the case if the batteries sustain any structural damage.

For their part, lithium battery fire extinguishers work by delivering Aqueous Vermiculite Dispersion (AVD) compound in a fine water mist form. AVD quickly extinguishes the fire and halts the hazardous reaction processes within the battery cells, while the water itself acts as a cooling agent. When AVD dries, it then forms a thin thermally insulating film that prevents the fire from re-igniting.

These specialist fire extinguishers have been developed by Firechief and are available from Birmingham-based authorised reseller First Mats, one of the UK’s fastest-growing workplace safety product suppliers. Recently, the business has invested heavily in expanding its range to better serve the needs of all customers.

*Non-toxic, easy to store and certified to EN3-7:2004 and A1:2007, models in the advanced range of lithium battery fire extinguishers are now available to view on the First Mats website at www.firstmats.co.uk