THE NEXT Labour government must deliver an overhaul of fire and rescue services, the Fire Brigades Union (FBU) has demanded. 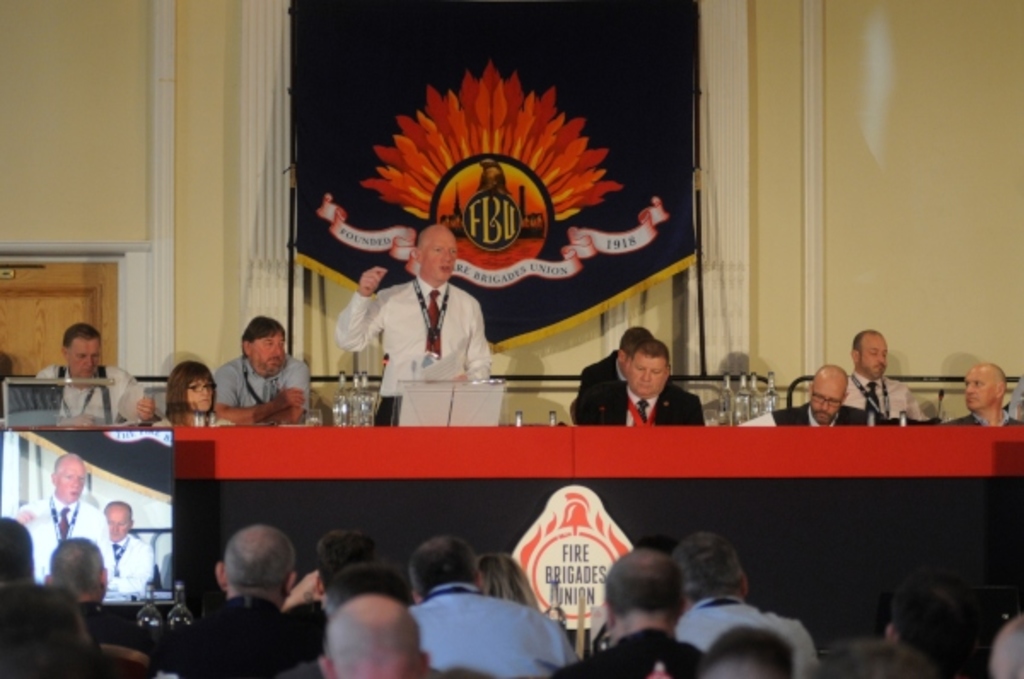 After years of cuts to services, the Labour-affiliated union’s annual conference voted for sweeping changes to the fire and rescue service and a new regime of investment in fire safety.

Firefighters voted to demand that the next Labour government implement:

Union delegates voted for the measures today at its annual conference in Blackpool. Firefighters also called for sweeping changes to their working conditions, free cancer screenings, and a review of their pensions.

“Tory governments have made firefighters’ lives a misery for the last decade, not to mention the risk to public safety overseen by this government. That has to end when Jeremy Corbyn enters Downing Street.

“We have faith that the next Labour government will support our firefighters and deliver the change needed to keep the public safe. All that we ask for is a safer, fairer, well-resourced and accountable fire and rescue service. A service that is publicly owned and delivers for the many.”

“With the Government in chaos, we are building on the 2017 manifesto. We cannot rest on our laurels, and the damage caused by sustained austerity over the past 9 years must be rectified. This includes addressing the long overdue pay rise, ensuring fire services receive the resources they need and fixing broken fire regulations.”

The FBU holds a seat on Labour’s National Executive Committee (NEC). The union was an affiliate to the Labour party from the 1920’s until 2004 when a bitter pay dispute with the then Blair government led the union to disaffiliate. It re-affiliated in 2015 after the election of Jeremy Corbyn as leader.

The Labour leader and shadow chancellor John McDonnell co-founded the union’s parliamentary group, and McDonnell, who has chaired the group, has been a staunch supporter of the FBU’s many campaigns and a regular speaker at its conference. Karen Lee MP, the Shadow Fire Minister, is Private Parliamentary Secretary (PPS) to John McDonnell.