FIRES ON houseboats in London reached an eight year high according to new figures released by London Fire Brigade. 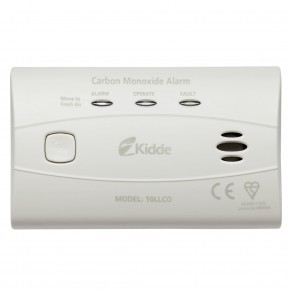 The new figures, released to coincide with Boat Fire Safety Week, show the Brigade has attended 68 fires on boats between 2013 – 2017, with 20 occurring last year.
Firefighters are urging boat owners to ensure they have working smoke and carbon monoxide alarms, especially those used as homes as 11 of last year’s boat fires were on residential narrow boats.
The key theme for this year’s Boat Fire Safety Week is carbon monoxide safety within the boating community.
The Brigade's community safety group manager Mark Hazelton said: “Boat users need to be aware of the real and serious risks of fire and carbon monoxide. Due to the small spaces on narrow boats and fumes from engines or generators, the danger of carbon monoxide poisoning is higher.
“Boat users should also make sure they use cooking equipment, such as gas stoves, correctly and safely and they should never barbecue indoors.
“Having both a carbon monoxide alarm and working smoke alarms will also give you the earliest possible warning if there are dangerous levels of carbon monoxide gas or a fire breaks out.”
Carbon monoxide is a silent killer as it is a highly toxic gas that cannot be smelt or seen. It is the result of an incomplete or inefficient burn of any carbon-based fuel wood, charcoal, coal, petrol, diesel, propane and butane.
Carbon monoxide leaks can be caused by faulty, badly or misused appliances; exhaust fumes from a boat’s engine or generator, escaped flue gases from solid fuel stoves, or inadequate ventilation.
MORE FROM THIS COMPANY