A CLEVELAND farmer has been fined thousands of pounds following an Environment Agency investigation into a controlled waste fire on his land. 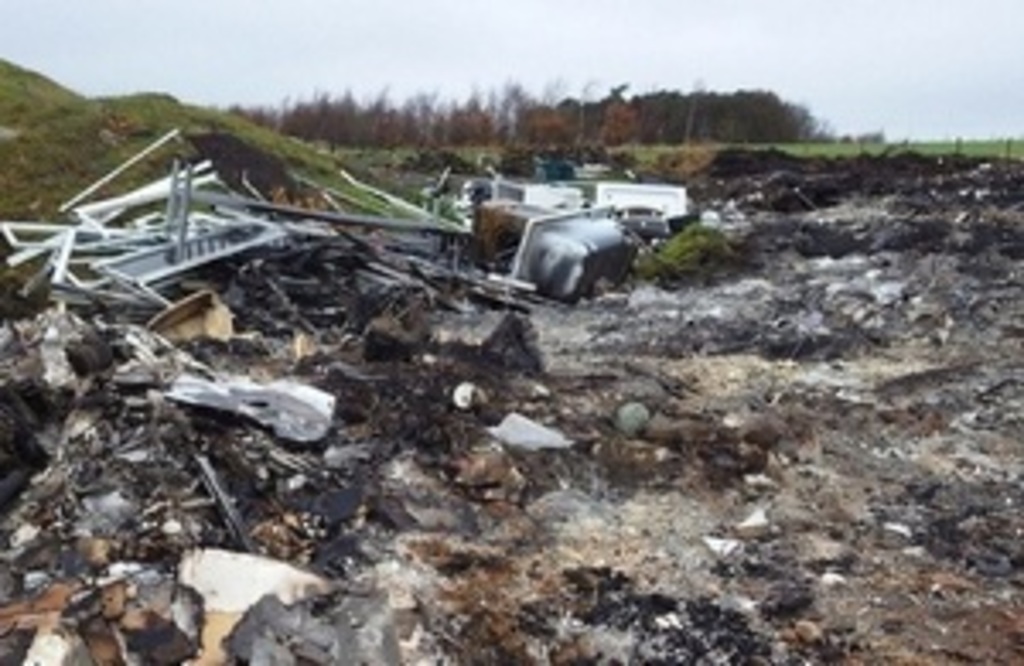 The blaze, which was filmed by a National Police Air Service (NPAS) helicopter crew, took place at Holdensfield Farm, Yarm, in December 2016.

The court heard how the NPAS helicopter crew observed the fire, which was giving off a large plume of black smoke. Footage shows the fire was unattended and included materials such as uPVC door and window frames, wood, wheelie bins, a fridge and shower trays over an area of 50 metres square.

The fire was 200m away from a large housing estate to the north, 200m from HMP Kirklevington Grange to the west, 200m from two busy A roads servicing Yarm and immediately adjacent to a golf driving range.

Charles Roderick Pickering, who owned the farm, explained to EA officers that he had allowed a man, whom he only knew by first name, to bring on some of the waste at no charge, with the rest being from his own farm. He admitted he had started the fire, stating he had done it when he considered the wind conditions suitable.

On 26 January 2017, Pickering was interviewed under caution. He produced an invoice and waste transfer notes showing that some of the burnt materials had been removed from the farm.

Pickering appeared before Teesside Magistrates’ Court on 10 November and pleaded guilty to two waste offences. He was fined £3,000 and ordered to pay £1,729 in costs.

Mr Brown, of Hewitts Solicitor’s mitigating on Mr Pickering’s behalf, said Mr Pickering accepted responsibility for his wrong doing and had only burnt waste when the wind blew away from local housing and prison. He had now removed the waste at his expense.

Speaking after the court case, EA spokesperson Rachael Caldwell said: “Ignorance is not an excuse for flouting environmental laws. Not only did Pickering unlawfully accept controlled waste onto his farm, he put the health of the local community and environment in danger by setting fire to it, producing a flume of smoke and fumes.

“This case demonstrates the need for everyone to take their environmental responsibilities seriously. Failure to do so can have an immediate impact on people around you and pollute the environment for future generations.”