A Manchester company has been ordered to pay £65,000 in fines and costs after Greater Manchester Fire and Rescue Service (GMFRS) uncovered multiple fire safety failings at a warehouse. 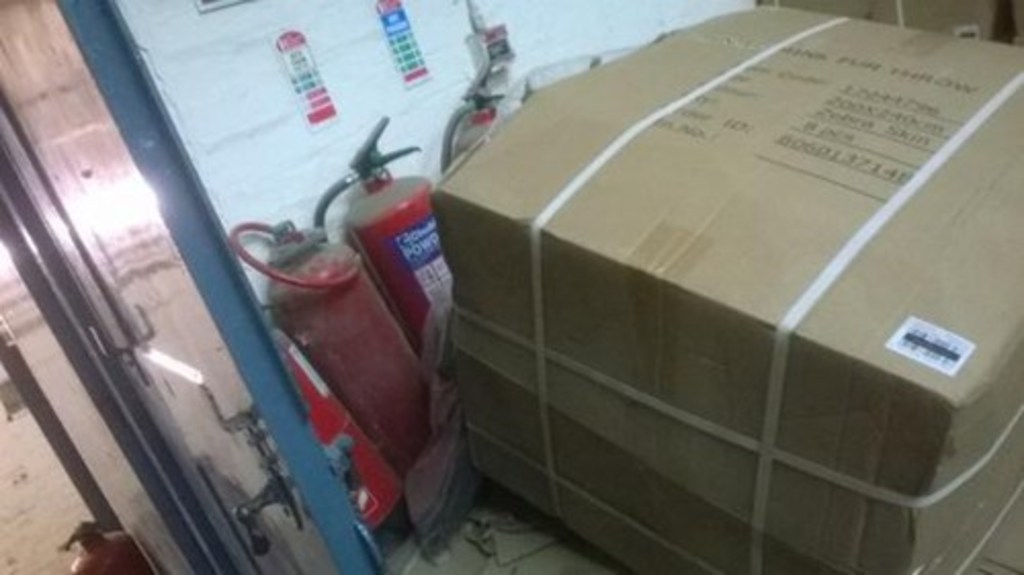 T&A Textiles & Hosiery Ltd put its workers at risk at its warehouse in Newton Heath and was sentenced at Manchester Crown Court following a prosecution by Greater Manchester Fire and Rescue Authority.

The inspection revealed that a large warehouse on the site had no working fire alarm, all emergency exits either locked or blocked with no emergency lighting and thousands of cardboard boxes were blocking walkways. Officers also found that due to the layout of stock, a fire would develop quickly and would further reduce the likelihood workers could escape alive.

T&A Textiles appeared at Manchester Crown Court and admitted seven offences of putting people at risk of death or serious injury by failing to put in place proper fire safety measures and was fined a total of £51,000.

At the sentencing Ben Nolan, QC for the company, told the court that despite having been a moderately profitable business in the past in the last year the company had made a loss and any fine imposed should be considered in light of the impact of the business and its employees.

County fire officer and chief executive Peter O’Reilly said: “This is one of the worst cases of fire safety failings we have seen.

“The risk to workers if a fire occurred was obvious to anyone. All the fire exits were locked or blocked and in some areas of the warehouse workers would have had to travel 200 metres to try and escape in a fire. That is a very long way in the dark through toxic smoke and with no clear exit routes.

“The company knew about the fire safety requirements and chose to ignore them. On the day of the inspection 20 workers were at risk and 11 of those were illegally working so were less likely to report concerns and may not have been reported or identified if a fire had occurred. A fire in this building in 2014 had the potential to cause multiple fatalities.”