DATA COLLATED from 41 out of 54 Fire and Rescue Services and Fire Authorities across the UK reveals over 15,000 m² of damage to school spaces and classrooms in 2019 as a direct result of fire episodes, subsequently impacting the education of almost 20,000 children. In 2019 alone, more than 271 primary schools and 209 secondary schools suffered from fire damage. 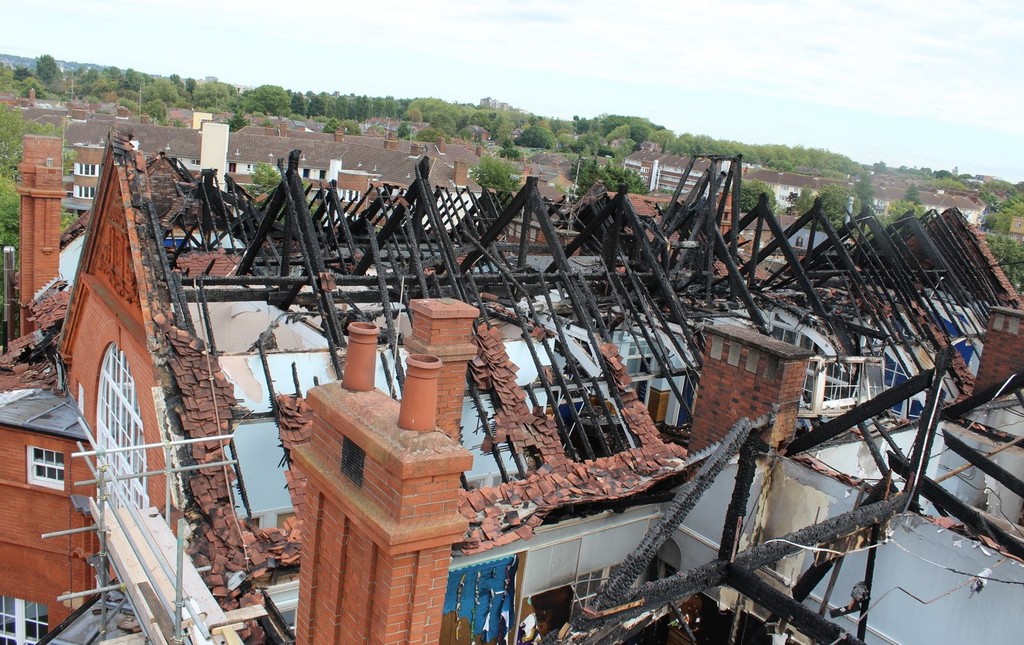 Of more than 1,000 school inspections carried out by Zurich Municipal, two-thirds (66%) were rated as having ‘poor’ fixed fire protection systems, such as sprinklers. For their part, firefighters have been called to nearly 2,000 school blazes in the last three years alone.

The new study – compiled by Zurich Municipal’s data science team through a Freedom of Information request submitted to UK Fire and Rescue Services and Dire Authorities – reveals a staggering average of 40 fire incidents every month in UK schools.

As stated, the data analysis by Zurich (a leading insurer of schools in the UK) shows that upwards of 15,000m² of classroom space was damaged during 2019 blazes across 271 primary and 209 secondary schools. Only 2% (ie seven) of the schools had sprinkler protection in place.

According to official figures, only 15% of all new schools built and open in the UK since 2011 have been fitted with sprinklers. While sprinklers are compulsory in all new or major refurbished school buildings in Scotland and Wales, this is not the case in England.

Firefighters have been called to nearly 2,000 school blazes in England alone in the last three years. Malfunctioning appliances or equipment, faulty electrics, arson and kitchen blazes are among the leading causes of school fires. On average, larger fires in school buildings cost £2.8 million to repair and, in some cases, over £20 million.

Despite being far riskier than average property when it comes to fires, many schools also lack the equipment and adequate fire protection needed to prevent small fires from turning into major disasters. Of more than 1,000 school inspections carried out by Zurich, only 14% of the locations were rated ‘good’ or ‘excellent’. A further quarter (24%, to be exact) were judged ‘poor’ for fire detection measures, such as smoke detectors and fire alarms.

Back in June, Prime Minister Boris Johnson pledged £1 billion to fund a decade-long school rebuilding and repair programme and a further £560 million in early August. Based on large fires alone, Zurich Municipal estimates that the repair bill for school fires could hit £320 million over ten years – a significant portion of the Government’s slated investment. Indeed, the insurer wants the Government to ring-fence some of its promised investment with a view towards improving the resilience of schools at high risk of fire.

The findings of its research have also led Zurich to launch a Parliamentary petition (https://petition.parliament.uk/petitions/549558) designed to urge MPs to change the law on sprinklers in schools.

Tilden Watson, head of the education sector at Zurich Municipal, said: “With children’s education already severely impacted by the COVID-19 pandemic, the last thing we need is further disruption as a result of preventable school fires. As insurers, we work closely with schools to help them manage their fire risks, but a simple solution such as the installation of sprinklers could minimise the dangers from the outset, avoiding months or even years of upheaval while the repairs are being carried out. It also preserves the community space for which schools are often used out of hours.”

Watson added: “As well as protecting pupils, sprinklers drastically reduce the extent of damage when there’s a blaze, often confining the fire to a single room. This allows children back into schools and classrooms quicker as well as saving taxpayers’ money, so why is the Government not willing to make this investment now, minimising the impact on our children and potentially saving lives and millions of pounds in repair costs?”

Andy Dark, assistant general secretary at the Fire Brigades Union, commented: “The poor standard of fire safety provision in our schools is nothing short of a national scandal. A major feature of this failure to invest is the lack of sprinklers. It makes clear and unchallengeable economic sense to have sprinklers fitted. Such a move has huge support among teachers and parents and, what’s more, also enjoys universal support among Fire and Rescue Service professionals as well as the wider fire community. It’s impossible to imagine why the Government has dragged its heels on this issue.”

Dark concluded: “Raising the level of fire protection and prevention in schools ticks all the boxes by protecting the education of students, protecting the community assets which the school infrastructure provides, reducing the damage caused by smoke and fire and reducing the risks to both school users and the firefighters called upon to extinguish the fires. It’s time for the Government to stop prevaricating. It’s time for MPs of all parties to press for the Government to urgently introduce the mandatory fitting and retrofitting of sprinklers in all schools.”

Connah’s Quay High School in Flintshire was saved from a potentially disastrous blaze when a laser-cutter caught fire. Around 1,000 pupils had to be evacuated during a lunchtime period when the fire broke out at the secondary school in June last year. Thankfully, the school’s sprinkler system quickly extinguished the fire and contained the damage to a single room, thereby allowing pupils to return the next day.

Emma Dale, Connah’s Quay High School’s business manager, said: “Without sprinklers, the damage could have been devastating. Sprinklers are a cost-saving measure, not an expense. They save the cost of rebuilding and repairing schools and can pay for themselves in lower insurance premiums.”