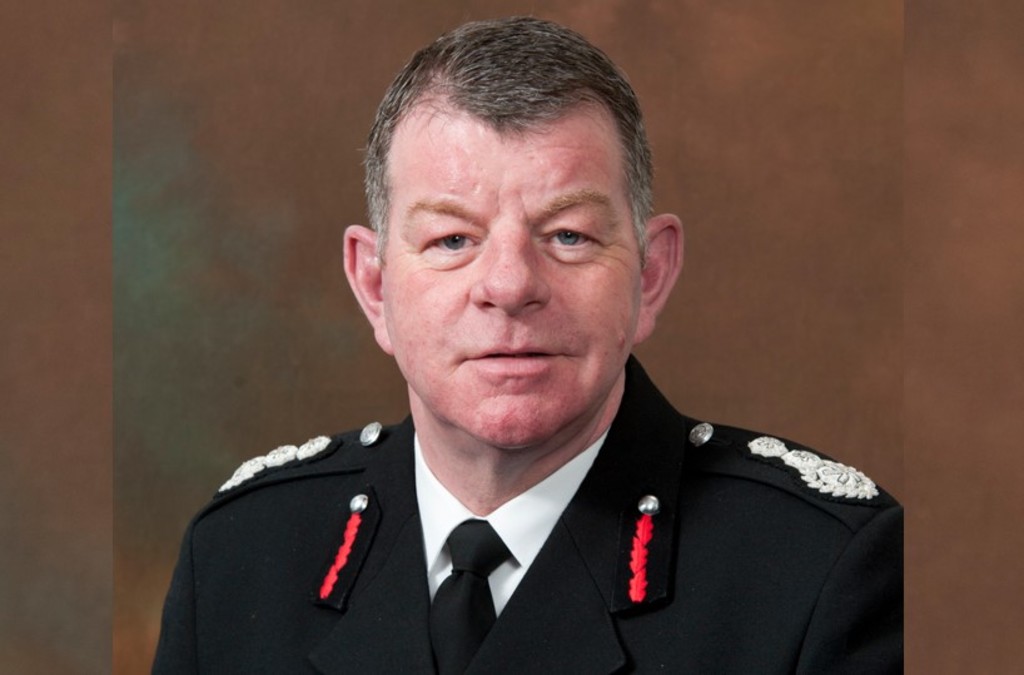 In an official statement issued on its Twitter page, the Bedfordshire Fire and Rescue Service said: “We are very saddened to announce that our Chief Fire Officer Paul M Fuller CBE has passed away peacefully after a short illness, with his family at his side. We are in contact with his family and supporting them at this very difficult time.”

Fuller was born in Hertfordshire back in 1960. Since joining the Fire and Rescue Service at the tender age of just 18, his career path subsequently took him to roles in the West Midlands, West Sussex, Staffordshire and Wiltshire. In addition to front line services, Fuller also concentrated his attentions on operations, fire prevention, training and various command functions.

He diligently and commendably served several national fire sector organisations and charities, including a spell as chair of the Board of Trustees for the Children’s Burns Trustees and chair of the Trustees of the Fire Fighters Charity. Indeed, Fuller was president of the Chief Fire Officers Association in 2013-2014 and also served a term as chair of the Fire Sector Federation.

Fuller was appointed Chief Fire Officer at the Bedfordshire Fire and Rescue Service in early 2002. His commitment to the cause was duly recognised with a Queens Fire Service Medal for exemplary service in 2008. Four years later, Fuller was made a Freeman of the City of London. He was awarded Commander of the British Empire status in Her Majesty The Queen’s 2016 New Year Honours List and appointed a Deputy Lieutenant the following year.

From 1997 and until his appointment with the Bedfordshire Fire and Rescue Service, Fuller studied at London’s South Bank University and also the Fire Service College to attain a BSc (Honours) degree in Fire Safety, Technology and Management.

Mark Sennett – CEO at Western Business Media and the founder of both Fire Safety Matters magazine and The Fire Safety Event – commented: “This is such sad news. Paul forged a hugely distinguished career in the fire sector, dedicating his life to ensure the safety of others. He transacted fantastic work for decades. We are very grateful indeed for his support across the years. The thoughts of myself and all of my colleagues at Western Business Media are with Paul’s family, friends and colleagues to whom we send our deepest condolences.”

Helen Nellis, the Lord Lieutenant of Bedfordshire, commented: “A valued member of the Bedfordshire community, Paul was a fantastic leader and a wonderful friend and colleague. He touched the lives of all who knew him. Our thoughts are with his family and all of the Bedfordshire Fire and Rescue Service officers.”

In addition, Luton South MP Rachel Hopkins has Tweeted: “I’m very sad to hear the news of Paul’s death. My thoughts and condolences are with his family, friends and Bedfordshire Fire and Rescue Service colleagues at this difficult time.”

Back in February, Fuller spoke with the Fire Industry Association’s business liaison specialist Adam Richardson for one of the FIA’s very popular Fireside Chat articles that have been running to great acclaim.

At the time, Fuller observed that he was drawn to the sense of service in the fire industry, stating: “It’s all about helping to try and create a safer natural and built environment. Everybody is trying to do their little bit to make the world safer and better and to learn from terrible things that have happened over the years. I just like the sense of doing something worthwhile. The whole fire sector is a friendly place and you have a sense of belonging to it.”

Commenting specifically on the Bedfordshire Fire and Rescue Service, Fuller observed: “In terms of making the Bedfordshire Fire and Rescue Service more innovative and accepting of new technologies, I pride what we do on being innovative because we do spend quite a lot on firefighting innovations. We know some products that others have gone for and we haven’t. I try to encourage people just to have ideas. Recently, as part of our COVID Recovery Group, we tried to make people think differently. We’ve even separated meetings or parts of meetings so that the first part is all about expanding ideas. It doesn’t matter how ridiculous they are. If something comes into your head, put it on the table.”

All of the team members here at Fire Safety Matters send our sincerest condolences to Paul’s family, friends and fire sector colleagues.