A YOUNG English Springer Spaniel has now joined the Scottish Fire and Rescue Service as its new search and rescue asset. 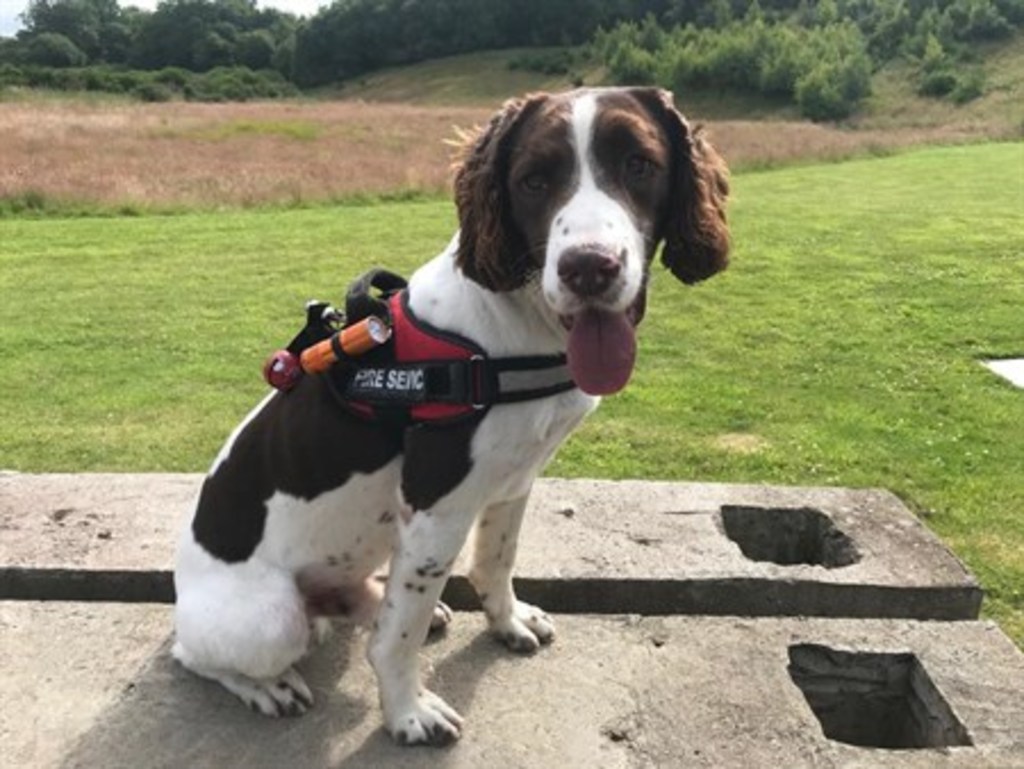 Three-year-old ‘Mac’ recently passed his grading in Merseyside and was unveiled today as an operational search dog for the Fire Service in Scotland.

Speaking of the recent qualification, dog handler and crew manager Gary Carroll said, “It’s a great feeling to be able to now announce Mac as a fully qualified search and rescue dog.

“We’ve had him since he was eight-weeks old so to get to this stage is a real proud moment.

“But it’s not just me that’s been involved, my wife, my family and the Fire Service have really helped us and got us to the stage of qualifying.”

Born in Suffolk, eight-week old pup Mac was taken home to Aberdeenshire by Gary and started his training a short time after settling in.

Gary said: “Training starts very quickly, for instance with Mac, we allowed him to play with his toys by himself for months and then one day we take the toy away and hide it.

“Naturally, he’s annoyed and wants it back but the toy is only returned when he barks - that’s how we build his play drive.

“It’s really important for him to have a high play drive because in reality, searching and finding is just a big game to him.

He added: “If he searches, locates live human scent then barks he’s rewarded with his toy.

“There’s a few different ways to achieve this outcome, but for Mac it was started in the house - my wife would hide in different places and then reward him for finding her.

“That’s then progressed further and we get to the stage we’re at today.”

The two will now work together to help protect Scotland’s communities.

Gary explained: “Having two qualified dogs gives me an opportunity to use either where required.

“I’ll be able to use them on a rotational basis which can help with things like fatigue during long searches.

“Although Diesel is a bit older now he’s still fit, capable and happy so he’s able to work on and doesn’t have a set time for retiral.”

The two dogs and Gary are on call and can be called out anywhere in the country at a moment’s notice.

Group Manager Jim Quinn said: “As a national resource that can be used all over Scotland the dogs are a really important asset.

“They are smaller, lighter and more agile than firefighters so they can be sent into collapsed buildings – if safe to do so -  where a person could disrupt the rubble further and cause a secondary collapse.

“The dogs help with the safety of our firefighters but are also able to speedily hone in on a specific area during a search meaning we can take a more targeted approach when searching for someone.

“It’s fantastic to see Mac join Diesel – Gary and his family have done an excellent job in training the dogs.

“While we hope that no one is ever in the situation where either dog is needed, if the situation does arise we know that Diesel and Mac are able to assist firefighters in getting to you.”