Register for FireFit Championships at INTERSCHUTZ 2020

FireFit is coming to INTERSCHUTZ. For the first time ever, elite firefighters from around the world can battle it out at the FireFit Championships during INTERSCHUTZ. 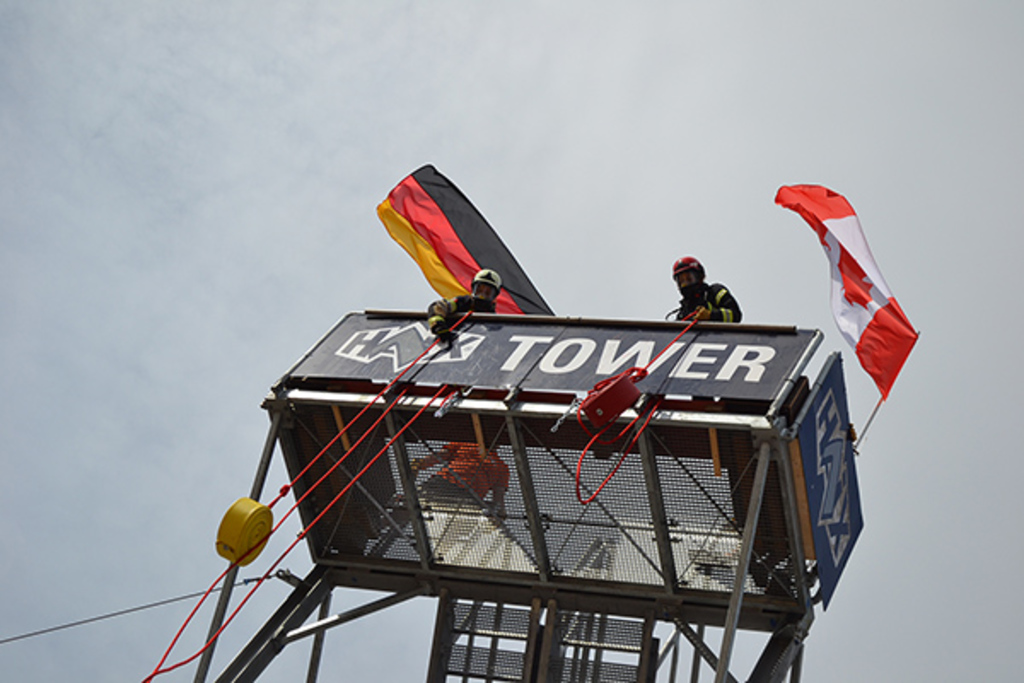 Thoses keen on competing can now register. For last-minute contenders, the organisers have also set aside a limited number of starting spaces for each day of the competition.

The FireFit Championships course at INTERSCHUTZ comprises five firefighting tasks that will take contestants to the limits of their strength and endurance. The first task is the Stair Climb, in which contestants, in full turnout kit, race up a HAIX stair tower – that’s three flights of steps and a total height of 12 metres – carrying a 19 kg high-rise hose pack.

Once at the top, it’s time for the Hose Hoist, in which the contestants must haul an additional hose pack up from the ground on a rope as fast as they can and then race back down to the bottom. Next up there’s the Forcible Entry simulation using a chopping simulator.

Task four, the highlight, is the Run, in which contestants must complete a slalom course and drag a charged fire hose over a set distance. The final task is the Victim Rescue, which involves moving an 80 kg dummy over a prescribed distance. The championships comprises three events: Individual, Tandem, and Relay (for teams of between three and five contestants).