THE HOME Office has confirmed the officer recruitment targets for every police force in England and Wales for the first year of the unprecedented drive to increase their ranks by 20,000 over the next three years. 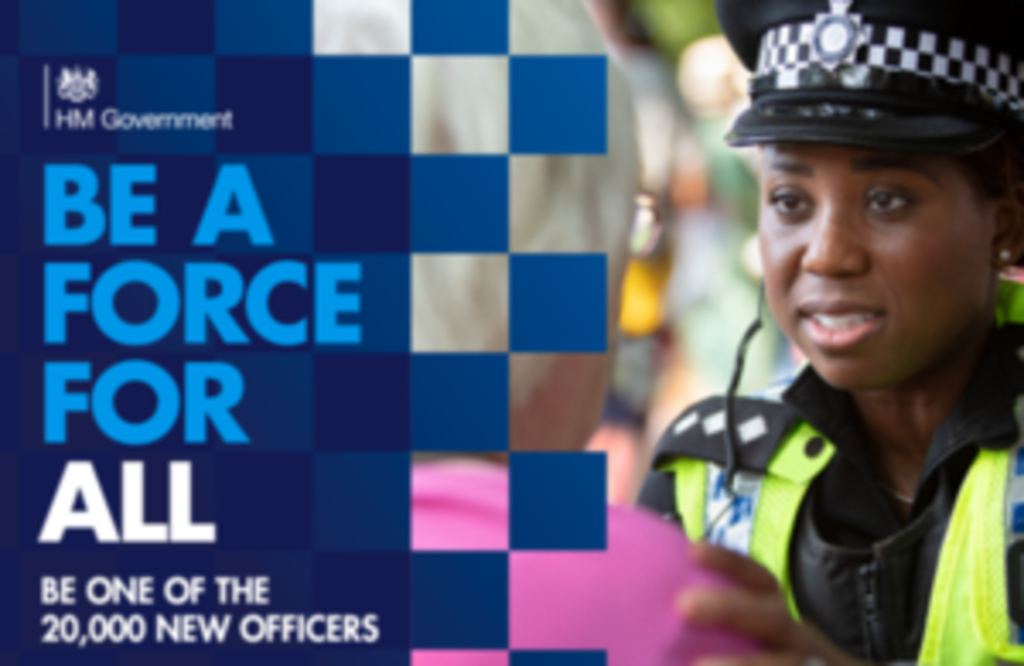 Strengthening police numbers is a priority for the government, which is providing £750 million to support forces to recruit up to 6,000 additional officers onto our streets by the end of 2020-21, the first stage in this new uplift. This is thanks to the additional funding announced by the Chancellor in the Spending Review.

The Home Secretary set out her vision for policing when she chaired the second meeting of the National Policing Board, involving representatives of frontline officers and police leaders.

Home secretary Priti Patel said, "The public are clear they want to see more police officers on their streets, whether they live in the city or the countryside.

"This is the people’s priority and it is exactly what the Government is delivering.

"Every single police force in England and Wales will be able to recruit additional officers this year to help keep all of our communities safer."

All officers recruited as part of the 20,000 uplift will be additional to those hired to fill existing vacancies. They are also on top of the extra officers already being recruited because of the £1 billion increase in police funding for 2019-20, which includes money from council tax and for serious violence.

Government funding for recruitment in 2020-21 will cover all associated costs, including training and kit.

The National Policing Board, set up by the Prime Minister in July to drive progress in recruitment and other major policing issues, yesterday heard that all forces are accelerating their recruitment already recruiting and the website for the campaign, ‘Be a Force For All’, has been visited more than 215,000 times.

The Police Federation and the Police Superintendents’ Association attended the board for the first time, honouring the Home Secretary’s commitment for front line officers and their senior managers to be represented.

John Apter, national chair of the Police Federation of England and Wales said, "Yesterday’s meeting was constructive and it is important that we, as the largest police staff association, were at the table to ensure our members were represented.

"Investment in policing is long overdue and for the first time we now have the actual number of officers each local force will increase by in the next year.

"These figures have been based on the current funding formula models and while this method is not perfect, I accept it is the only solution available to deliver the numbers quickly in year one.

"We now need to ensure that the formula is revisited for future years to ensure a fairer allocation of officers across all forces, but this is certainly a positive start and will provide a much-needed boost to my members and the communities they serve."

The recruitment targets announcement follows the establishment of a £25 million Safer Streets Fund.

Police and Crime Commissioners can bid for funding to prevent burglary and theft in crime hotspots through initiatives that could include interventions to improve home security, such as installing better locks and gating alleyways, and making streets better lit at night, for example.

It also follows the Home Office extending a pilot to make it simpler for forces to use Section 60 serious violence stop and search powers and announcing a £20 million package of actions cracking down on county lines drug gangs.

The Home Office has also announced £10 million of funding to increase the number of officers carrying Taser to keep themselves and the public safe and confirmed plans for a police covenant will focus on the physical protection of officers, their health and wellbeing and support for their families.