Lone worker technology can save millions

THE INCREASE in organisations using accredited lone worker devices is reducing unnecessary call outs to alarms by police forces, impacting significantly on costs to the taxpayer and enabling an effective response to potentially life-threatening situations. 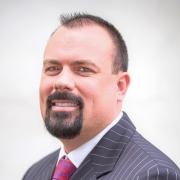 Using BS 8484 accredited systems, the lone worker industry is only passing between 0.1-0.2% of all lone worker generated alarms to the police via lone worker unique reference numbers (URNs). The balance of false alarms are effectively being filtered out by alarm receiving centres (ARCs) and thereby saving valuable police resources.

Citing the Metropolitan Police, the typical cost of responding to a false alarm is £150, but with the implementation of lone worker systems across a variety of organisations, such as the NHS, local councils, housing associations, small to medium enterprises (SMEs), it is estimated that nationally these systems have saved the taxpayer £60m in the past 12 months alone.

Chair of the Lone Worker Section, BSIA Will Murray said, “At a time when security concerns, health and safety and police budget cuts are prevalent, the use of BS 8484 accredited systems is playing a significant role in reducing costs and ensuring greater safety to both the public and the lone worker community.”

“The lone worker industry continues to work collaboratively with police forces to maintain and build upon this, for our mutual benefit and for those who use these systems on a daily basis. BS 8484 is a world leading standard, developed in collaboration by the UK’s lone worker industry, police and relevant stakeholders, and is a shining example of Britain pioneering new technology on the global stage.”

Employers and their employees using the BS 8484 certified systems also benefit from a rapid and effective response to potentially life-threatening situations, backed up by digital audio recordings which can be used as evidence in court to prosecute aggressors. Perpetrators of verbal or physical abuse can be also brought to justice via the speed of police response and the evidence the lone worker devices capture.

Employers utilising BS8484 accredited systems are also fulfilling their legal and moral duty of care to their staff, which protects them against damaging litigation and demonstrates their Corporate Social Responsibility. Employees using BS 8484 accredited systems are receiving the best possible personal safety services, allowing them to focus on their job and improving morale.