AS REPORTED by Security Matters, the British Security Industry Association (BSIA) – working in partnership with The Security Institute and The Security Commonwealth – recently launched #TheHiddenWorkforce campaign which is designed to reset perceptions about security officers and their day-to-day role. This has gained some incredible traction across the industry both here in the UK and, indeed, overseas. 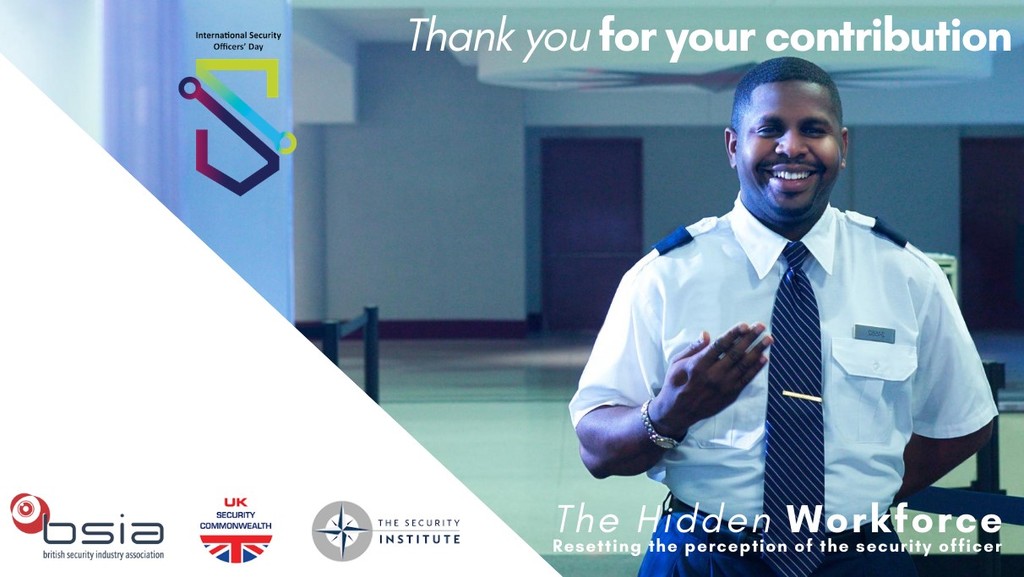 Referencing the latter element, the Trade Association has now been contacted by its counterparts in both the United States and Australia regarding the excellent initiative dubbed International Security Officers’ Day, which takes place on Friday 24 July 2020. The day is purpose-designed to recognise the outstanding work of security officers in Europe, the US and Asia and, indeed, around the globe. This is a hugely significant moment in the industry’s calendar and is supported in full by the team at Security Matters and Western Business Media.

The BSIA, The Security Institute and The Security Commonwealth are actively promoting the recognition day on social media along with their media partners, among them Security Matters, as well as creating a short podcast recognising and celebrating the work of its own member security companies and their diligent personnel as well as tasks transacted by the wider industry.

Further, the BSIA has uploaded content from the International Security Officers’ Day website to its own dedicated #TheHiddenWorkforce web page.

Background to the day

Every day, security officers put themselves in harm’s way to protect members of the public from danger, yet few people outside of security industry practitioners themselves and the security industry ever recognise the sacrifices they make. International Security Officers’ Day is an opportunity to thank and commend those brave individuals who work behind the scenes to keep us all safe.

The date of 24 July is significant, having been chosen specifically to represent the 24/7 nature of security work itself.

Celebrating International Security Officers’ Day is simple. As an individual, you need only acknowledge any security officers you see on the day. Simply smile at that person and say “Thank You”. The importance of encouragement and praise for a job well done can never be overstated.

For those who run security companies, there are a range of things that you can do. For example, send an e-mail to your staff acknowledging the day and thank them for their service. You could also organise a site visit or two to say “Thank You” in person.

If you operate within a company that uses contracted-in or, indeed, in-house security staff, a simple smile and a “Thank You” is all it takes. If you want to do more, why not send an e-mail out to your staff members asking them to participate by doing the same?

An initiative that was kick-started in Australia, International Security Officers’ Day is now celebrated in many counties across the world including (but not limited to) New Zealand, Hong Kong, Macau, India and Thailand.

The long-term goal is to build enough support around the world to petition the United Nations such that it formally declares 24 July each and every year as International Security Officers’ Day and, therefore, pay due recognition to the huge contribution made by the often nameless and unseen thousands of security officers in helping to keep us all safe.

Speaking about International Security Officers’ Day, Security Matters’ Editor Brian Sims stated: “This is another fabulous initiative at what is a particularly important juncture for the security profession. The team members here at Security Matters and Western Business Media are fully supportive on every level. The BSIA, The Security Institute and The Security Commonwealth are to be roundly applauded and commended for their own #TheHiddenWorkforce campaign and, in tandem with other partners, for lobbying the Government on the issue of key and critical worker status for front line security personnel. In my view, that status should have been recognised and ratified a long time ago. Now is definitely the moment for the security industry to make its mark and ensure the huge importance of its work and its constituent people is observed by the wider business world, including those with the procurement purse strings, as well as members of the general public.”